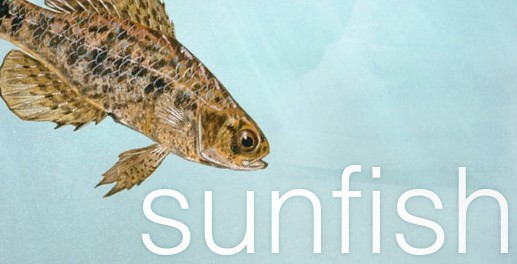 Sunfish is a simple, but strong chess engine, written in Python, mostly for teaching purposes. Without tables and its simple interface, it takes up just 111 lines of code!

Because Sunfish is small and strives to be simple, the code provides a great platform for experimenting. People have used it for testing parallel search algorithms, experimenting with evaluation functions, and developing deep learning chess programs. Fork it today and see what you can do!

Sunfish is self contained in the sunfish.py file from the repository. I recommend running it with pypy or pypy3 for optimal performance.

It is also possible to run Sunfish with a graphical interface, such as PyChess, Arena or your chess interface of choice. Sunfish' can communicate through the XBoard/CECP protocol by the command pypy -u xboard.py. Ruxy Sylwyka has a note on making it all work on Windows.

Sunfish supports castling, en passant, and promotion. It doesn't however do minor promotion or draws by repetition. All input must be done in simple 'two coordinate' notation, as shown in the screenshot.

There are many ways in which you may try to make Sunfish stronger. First you could change to board representation to a mutable array and add a fast way to enumerate pieces. Then you could implement dedicated capture generation, check detection and check evasions. You could also move everything to bitboards, implement parts of the code in C or experiment with parallel search!

The other way to make Sunfish stronger is to give it more knowledge of chess. The current evaluation function only uses piece square tables - it doesn't even distinguish between midgame and endgame. You can also experiment with more pruning - currently only null move is done - and extensions - currently none are used. Finally Sunfish might benefit from a more advanced move ordering, MVV/LVA and SEE perhaps?

The name Sunfish actually refers to the Pygmy Sunfish, which is among the very few fish to start with the letters 'Py'. The use of a fish is in the spirit of great engines such as Stockfish, Zappa and Rybka.

In terms of Heritage, Sunfish borrows much more from Micro-Max by Geert Muller and PyChess.

It is highly recommended to read the report to get a light introduction to Game Boy emulation. The report is relevant, eventhough you want to contribute to another emulator, or create your own.

Kedro is a workflow development tool that helps you build data pipelines that are robust, scalable, deployable, reproducible and versioned.