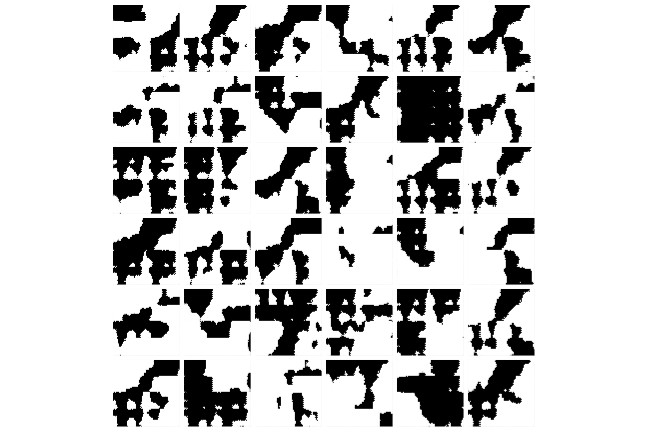 GlyphNet is an experiment in using neural networks to generate a visual language. This project is inspired by Joel Simon's Dimensions of Dialogue. 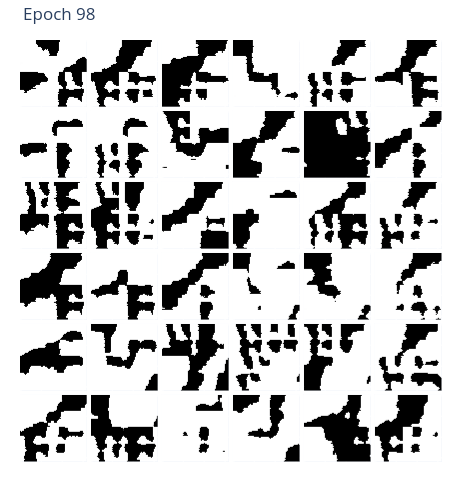 The task is based on the Shannon-Weaver model of communication, where
the transmitter and receiver roles are played by two neural networks, G (a generator)
and D (a discriminator).

G turns a message into an image (signal) that the discriminator D tries to
decode back into the original message. The message is either a one-hot encoded
vector or a vector of binary values (ex. [0, 1, 1, 0...]). The two networks are trained
at the same time, like an autoencoder.

The task varies from a typical autoencoder because the communication channel (latent space)
is noisy. The transmitted image (signal) may be shifted, resized, rotated, etc. so that the
received signal differs from the original signal.

If the two neural networks are successful in communicating clearly across a noisy channel, then they've created
a visual language that is robust to many different kinds of noise, which means it probably looks cool. 😎️

GlyphNet itself is a Python package that depends on TensorFlow 2.0. There are other requirements listed
in requirements.txt. You can install the package and its requirements locally with pip.

Note that some functionality (including make_mp4.py and model visualization) will require
more dependencies that can be installed with conda.

The main.py module is used to begin training.
It produces a visualization of progress at the end of each epoch.

Each run can use different settings which are passed
at the command line. Run python main.py --help for descriptions of each setting.

This repo is about face recognition and triplet loss. I trained that model with TensorFlow 2.0 and I used Casia-WebFace as dataset.

This projects extends pytorch/fairseq with Transformer-based image captioning models. It is still in an early stage, only baseline models are available at the moment.

Ganzo is a framework to implement, train and run different types of GANs, based on PyTorch.