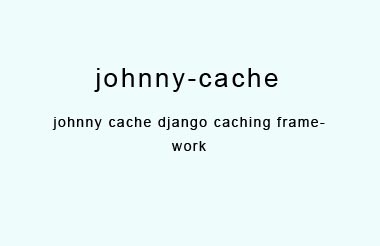 Johnny Cache is a caching framework for django applications. It works with the django caching abstraction, but was developed specifically with the use of memcached in mind. Its main feature is a patch on Django's ORM that automatically caches all reads in a consistent manner.

You can install johnny with pip:

You can fork johnny-cache from its git repository:

Or if you prefer mercurial, from its hg mirror:

Beaker is a web session and general caching library that includes WSGI middleware for use in web applications.

Cache Machine provides automatic caching and invalidation for Django models through the ORM.

Hermes is a Python caching library.

pylibmc is a Python client for memcached written in C.