wxc (pronounced “which”) allows you to inspect source code in your Python environment from the command line. It is based on the inspect module from the standard library.

Get the version number of a package in your current environment

Locate the file from which a Python package is imported

View the source code of function directly from the terminal stdout 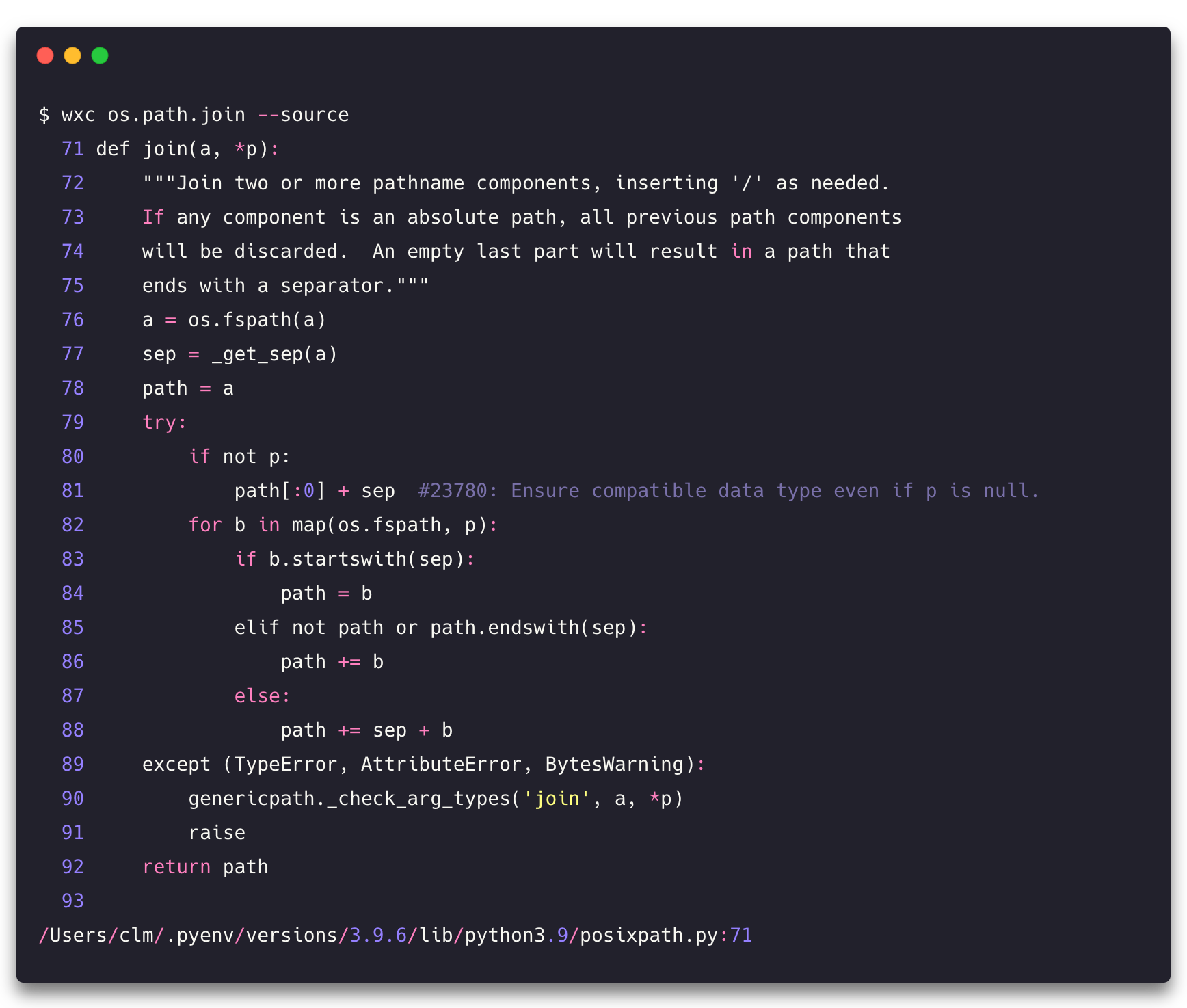 wxc tries to be helpful when you mistype

wxc is not currently able to retrieve the source of compiled code binded into Python. It should however correctly point to the compiled file that an object is imported from.

wxc should never be installed in isolation (for instance via ) since it would completely defeat its purpose.