CoinTex is a multi-level adventure game created using the Kivy cross-platform Python framework. The game is successfully tested in Linux, Windows, and Android and working on all of these platforms without even changing a single line of code. Here is a simple description of it.

The game is multi-level. Once it is opened, the main screen appears that shows a matrix of all game levels, which are 24 up to this time. The main screen is given in the next figure.

There will be only 1 level activated which is level 1. Once level x is completed, the level x+1 will be activated until reaching the last level. Information about the latest level completed is stored in a file named "game_info". This file is created once level 1 is completed. If this file is removed, the game will return back to the initial state in which only level 1 is activated. By pressing a level, the user is directed to another screen where the player can start playing the game. The screen of level 1 is
given below. 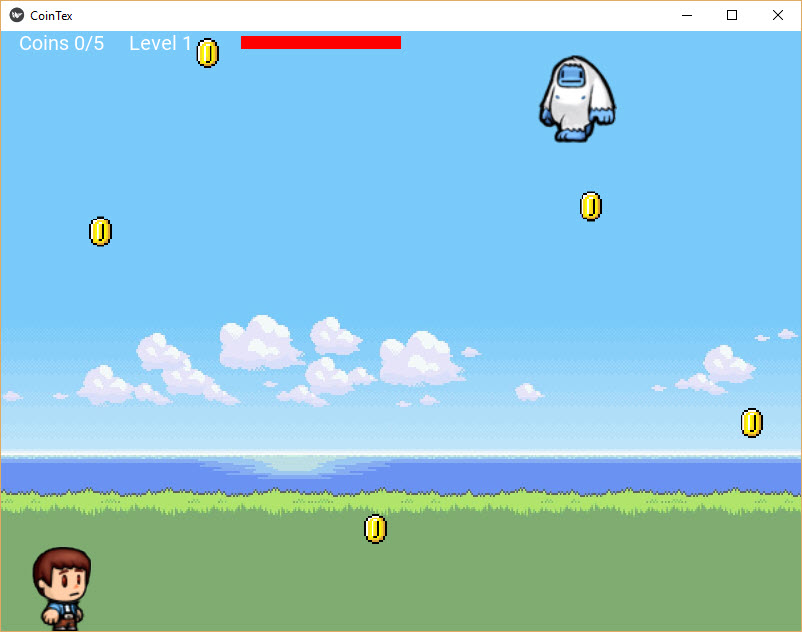 Supposing that level 1 is completed successfully, level 2 will be activated on the main screen as given below.

The first level has just 5 coins. The next figure shows how it looks like after 2 coins are collected. Once all coins are collected, the level completes and the user is directed to the main screen where the next level is active for being played. 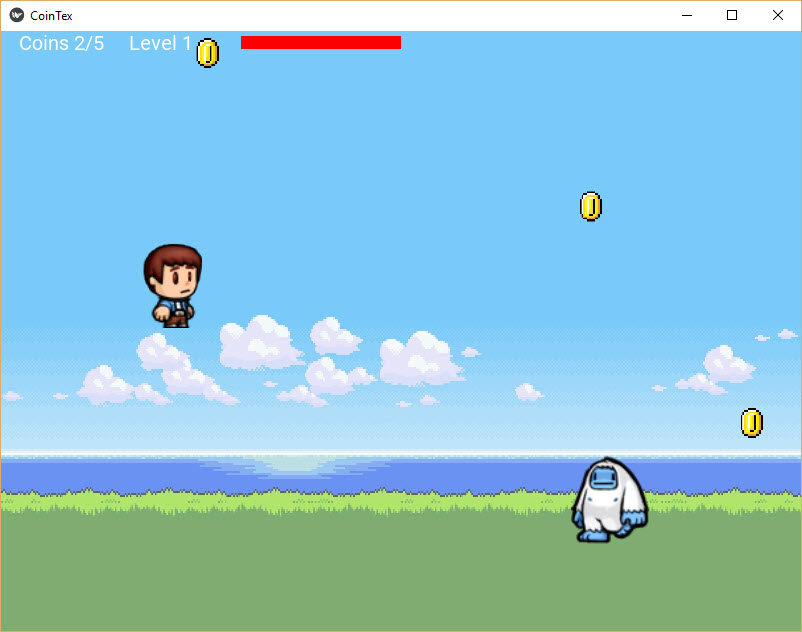 Collecting the coins is not that easy because there are monsters and thrown fire that struggles the player's way of completing the level. Their motion is not expected and thus it tests the player's ability to do fast reactions in order to avoid their collision.

Some levels might have only monsters, others may only have fire, and others may have a combination. When the player collides a monster or a fire, its health reduces by a percentage that is proportional to the collision time. There is a red bar at the top of the screen that reflects the current health of the player. he next figure shows the red bar after a collision occurs. 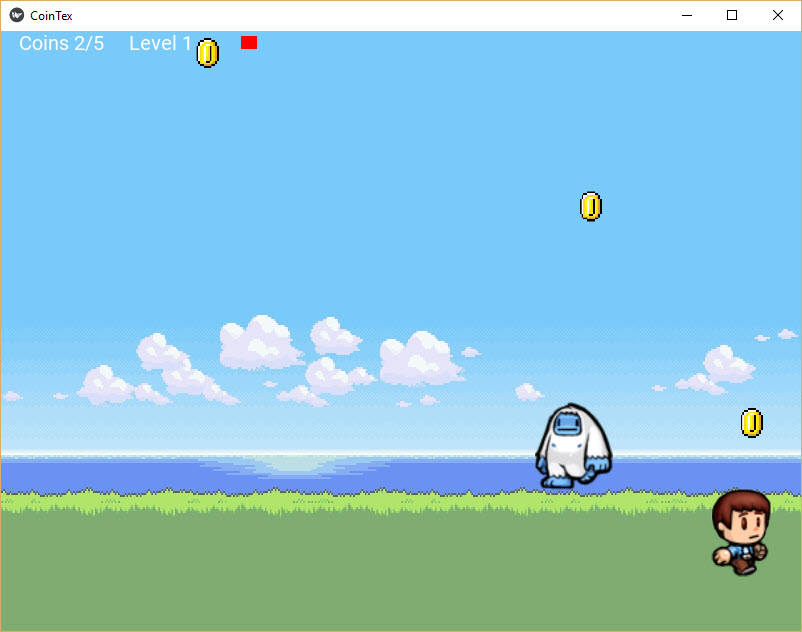 The much time the player collides with a monster or a fire the much reduction in its health. When the health is zero, the player dies as given below. Note that the game includes some sound effects. There is also background music running while the main screen is open or any level is being played.

8-piece command-line puzzle game developed for the Artificial Intelligence discipline. Written in python
09 June 2021
A pygame program that generates a maze and solves itself using a DFS algorithm.
05 June 2021
pygame for humans
05 June 2021