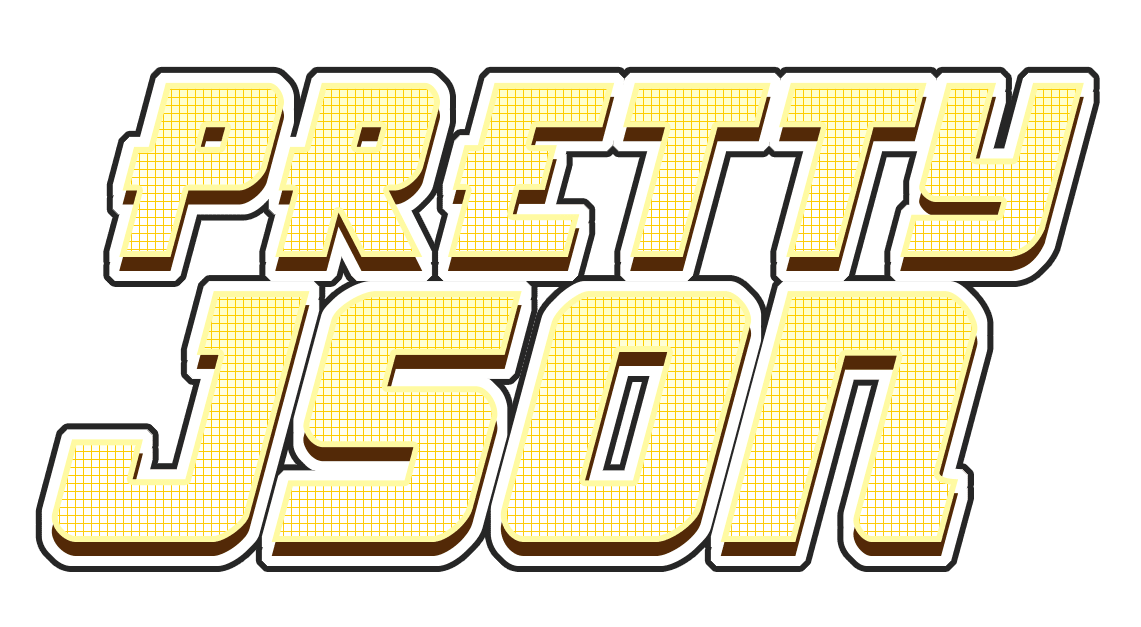 Invite PrettyJSON to your server

Since programming with other users on the group-chatting platform Discord has become very popular, its use in bots has also increased. Several bots have already been released to make programming together within a community or group easier. For example, we have bots to compile code or to monitor Github Commits. Since you can often find yourself in a place where you use JSON data in your code, it could be helpful if this data is neatly organized, but unfortunately this is not always the case. Usually the easiest way to quickly format your JSON data is by using an online website where you would paste your text and it would format it very nicely for you. With the lazy mindset of mine, I thought that it would be way easier if this could be done through a Discord bot as well. And well, here we are.

JSON (JavaScript Object Notation) is a lightweight data-interchange format. It is easy for humans to read and write, and it’s easy for machines to parse and generate. Although JSON is derived from JavaScript, it is supported either natively or through libraries in most major programming languages. JSON is commonly, but not exclusively, used to exchange information between web clients and web servers. It is a generic data format with a minimal number of value types: strings, numbers, booleans, lists, objects, and null.

What is pretty printing?

Pretty printing is a form of stylistic formatting including indentation and colouring. It’s important to have your JSON file formatted so it’s easier for humans to read. The only disadvantage of pretty printing your JSON is that the size of the data will slightly increase, but in most cases people choose to have it pretty printed anyway so your data remains easy to read for humans.

There are a few different ways to give the bot your non-pretty printed JSON as input. Once the input is received by the bot, it will be pretty printed and sent back to the user. Keep in mind that if you pretty print JSON via a message you are dealing with a 2000 character limit, unless you have a Discord Nitro membership then this limit will be 4000.

Example of a message as input: 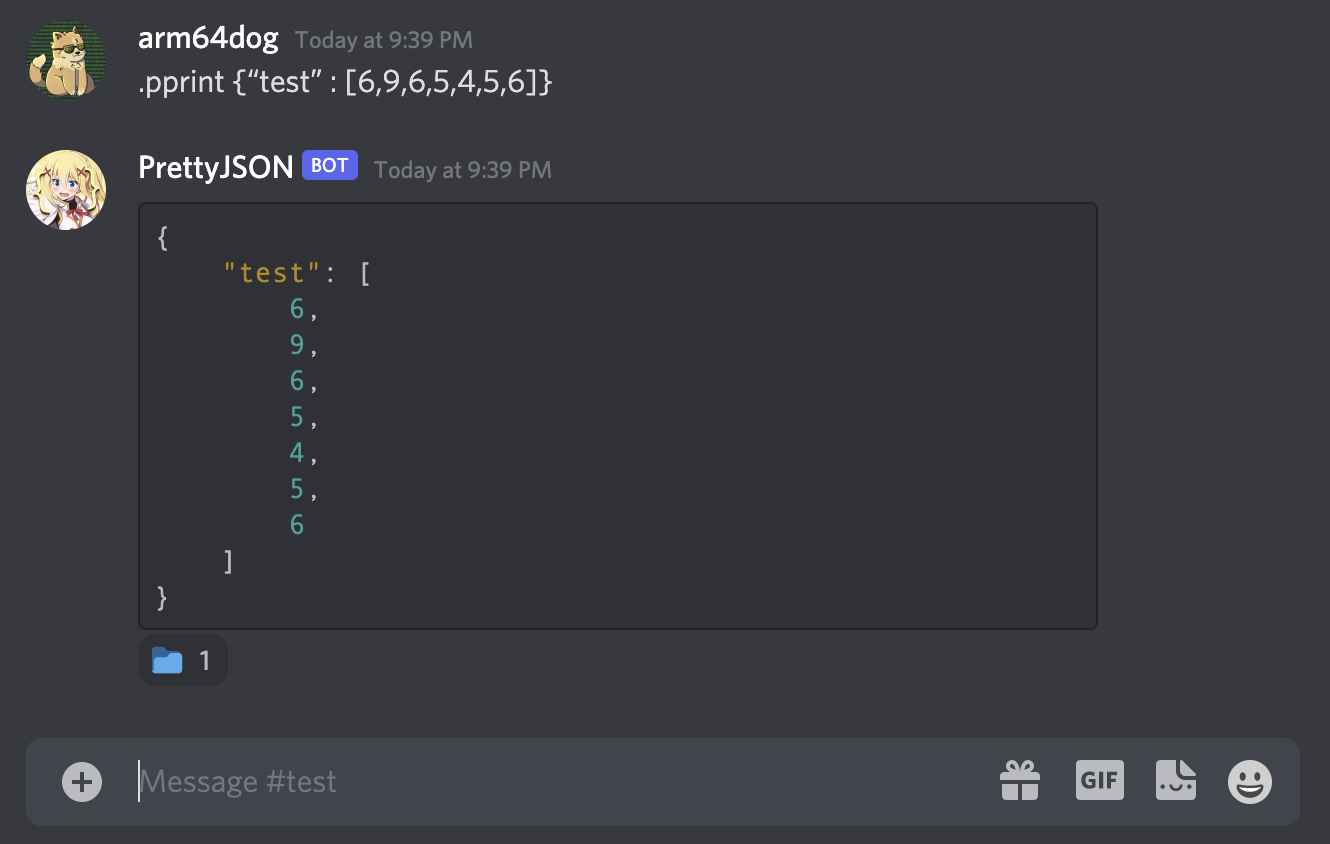 Example of a JSON file as input:

If the output has less than 2000 characters, it will be sent back as text and a 📁 reaction will be added to the message. If you press this reaction, you will receive the output as a JSON file.

PrettyJSON is being hosted 24/7, so there is no need to worry about that. If you don’t want to host yourself, but wish to use the bot in your Discord server, then please look at how to invite. But if you would like to host the bot yourself or make changes to the code, then you can check out the following steps.

Pull requests are welcome. For major changes, please open an issue first to discuss what you would like to change.

Distributed under the MIT License. See LICENSE for more information.