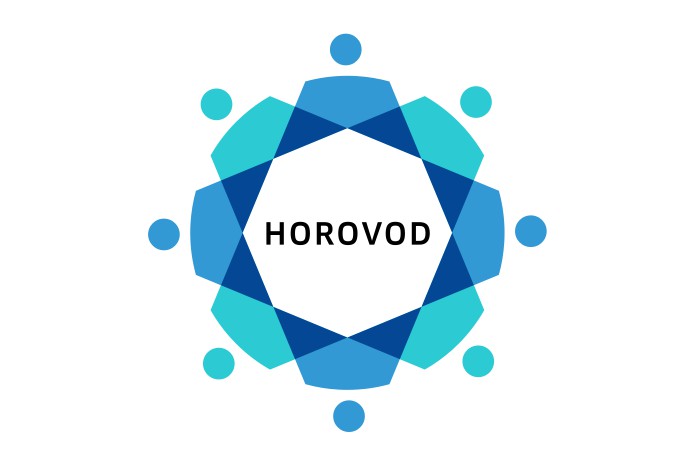 Horovod is a distributed training framework for TensorFlow, Keras, PyTorch, and MXNet. The goal of Horovod is to make distributed Deep Learning fast and easy to use.

Horovod is hosted by the LF AI Foundation (LF AI). If you are a company that is deeply committed to using open source technologies in artificial intelligence, machine and deep learning, and wanting to support the communities of open source projects in these domains, consider joining the LF AI Foundation. For details about who's involved and how Horovod plays a role, read the LF AI announcement.

Why not traditional Distributed TensorFlow?

The primary motivation for this project is to make it easy to take a single-GPU TensorFlow program and successfully train it on many GPUs faster. This has two aspects:

In addition to being easy to use, Horovod is fast. Below is a chart representing the benchmark that was done on 128 servers with 4 Pascal GPUs each connected by RoCE-capable 25 Gbit/s network:

While installing MPI and NCCL itself may seem like an extra hassle, it only needs to be done once by the team dealing with infrastructure, while everyone else in the company who builds the models can enjoy the simplicity of training them at scale.

Use tensorflow to implement a Deep Neural Network for real time lane detection mainly based on the IEEE IV conference paper "Towards End-to-End Lane Detectio.

The official pytorch implemention of the paper "Res2Net: A New Multi-scale Backbone Architecture"

A Terminal Client for Redis with AutoCompletion and Syntax Highlighting.

Code for paper `Interpreting the Latent Space of GANs for Semantic Face Editing`.