Tired of rewriting the same generic CRUD routes? Need to rapidly prototype a feature for a presentation or a hackathon? Thankfully, fastapi-crudrouter has your back. As an extension to the APIRouter included with FastAPI, the FastAPI CRUDRouter will automatically generate and document your CRUD routes for you, all you have to do is pass your model and maybe your database connection.

Below is a simple example of what the CRUDRouter can do. In just ten lines of code, you can generate all
the crud routes you need for any model. A full list of the routes generated can be found here.

By default, all routes generated by the CRUDRouter will be documented according to OpenAPI spec.

Below are the default routes created by the CRUDRouter shown in the generated OpenAPI documentation. 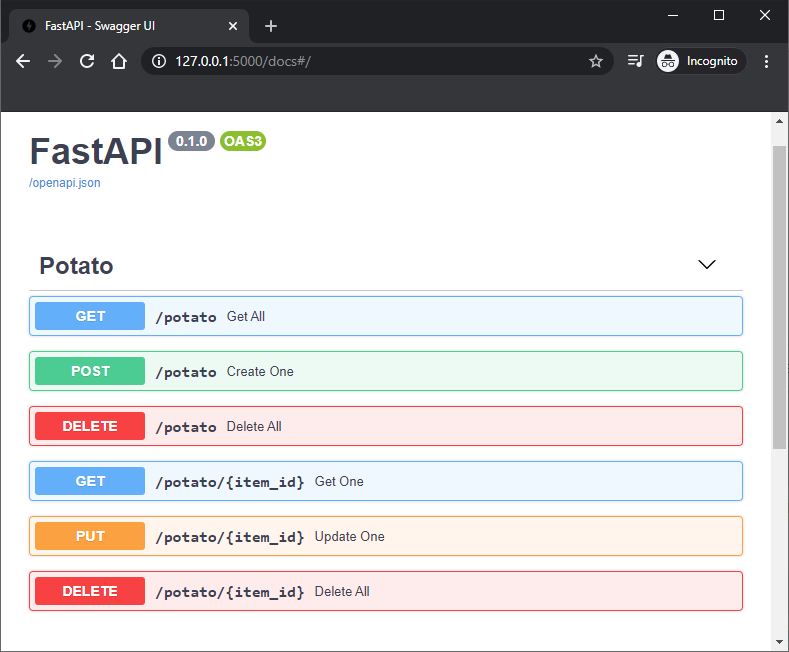 The CRUDRouter is able to dynamically generate detailed documentation based on the models given to it. 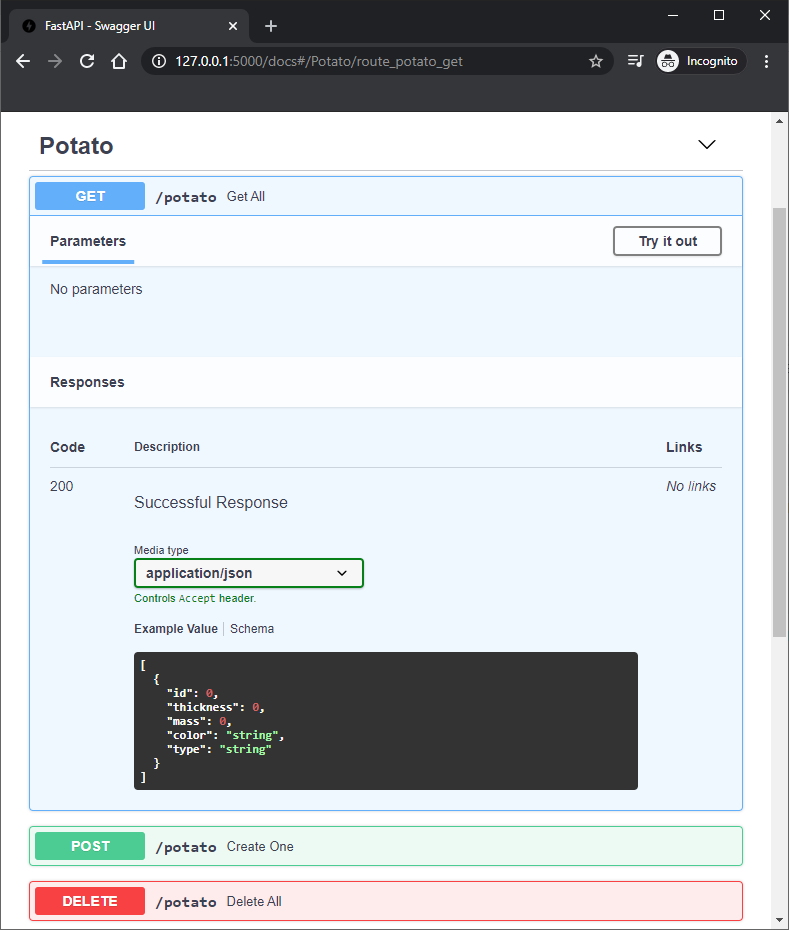 Features planned for future releases include:

Please open an issue if there is a specific feature you would like supported.