PDBaser does this for you !

What does it do ?

PDBaser reads raw .pdb and .ent files as downloaded from the pdb, extracts pure protein chains and heteroatoms (ligands and others) and removes water molecules, and then saves everything in a directory named as the original input filename.

Who is this for ?

This tool is perfect for RMSD reliability test preparation, where a large number of proteins and their ligands are needed. It can also help people who are not very accustomed to command line interfaces, and aren't willing to pay a (usually high) premium for other software.

Linux / MacOS and other Unix / Unix-like

The quickest way to get PDBaser running on those systems is by running the msi installer and then PDBaser_GUI.exe through Wine (Tested on Wine 6.0.1, Only works on a 64bit prefix). However, PDBaser_GUI.py (from GUI/Build/) is not OS dependant, and will probably run on any operating system provided the envorinmoent is correctly setup.

Since software distribution on Linux is a nightmare, and i do not have a mac system to package PDBaser for, you will have to either use Wine, or deal with setting up the environment from scratch.

If everything is setup correctly, running PDBaser_GUI.py should work. 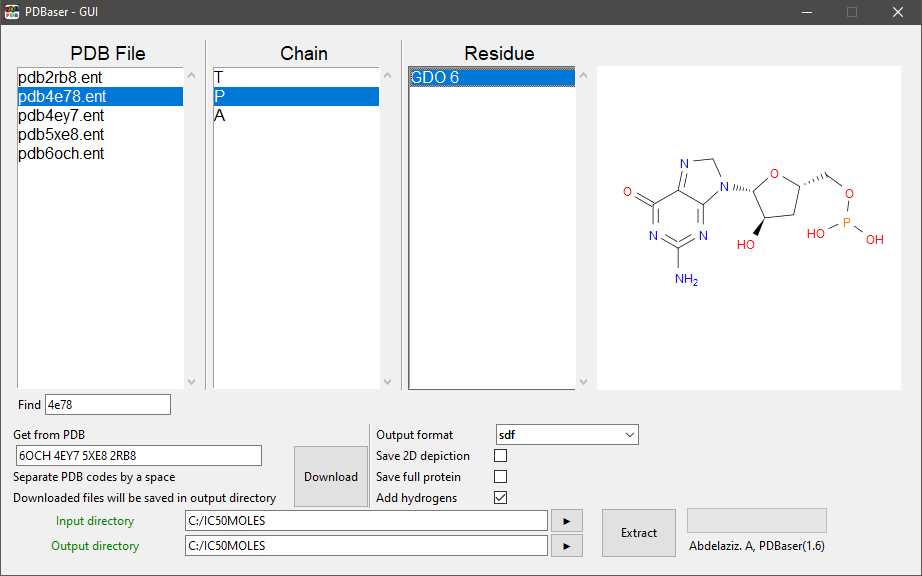 For Windows x86/x64 : A binary setup is available in releases section.

For Unix/Unix-like(Linux/MacOS etc..) : Source is available in releases section, although i recommend installing the windows version and using it through Wine.