A hyper-fast, safe Python module to read and write JSON data. Works as a drop-in replacement for Python's built-in json module. This is alpha software and there will be bugs, so maybe don't deploy to production just yet.

hyperjson is meant as a drop-in replacement for Python's json
module:

Parsing JSON is a solved problem; so, no need to reinvent the wheel, right?
Well, unless you care about performance and safety.

Turns out, parsing JSON correctly is a hard problem. Thanks to Rust however, we can minimize the risk of running into stack overflows or segmentation faults however.

hyperjson is a thin wrapper around Rust's serde-json and pyo3. It is compatible with Python 3 (and 2 on a best-effort basis).

For a more in-depth discussion, watch the talk about this project recorded at the Rust Cologne Meetup in August 2018.

We are not fast yet. That said, we haven't done any big optimizations.
In the long-term we might explore features of newer CPUs like multi-core and SIMD.
That's one area other (C-based) JSON extensions haven't touched yet, because it might
make code harder to debug and prone to race-conditions. In Rust, this is feasible due to crates like
faster or
rayon.

So there's a chance that the following measurements might improve soon.
If you want to help, check the instructions in the Development Environment section below. 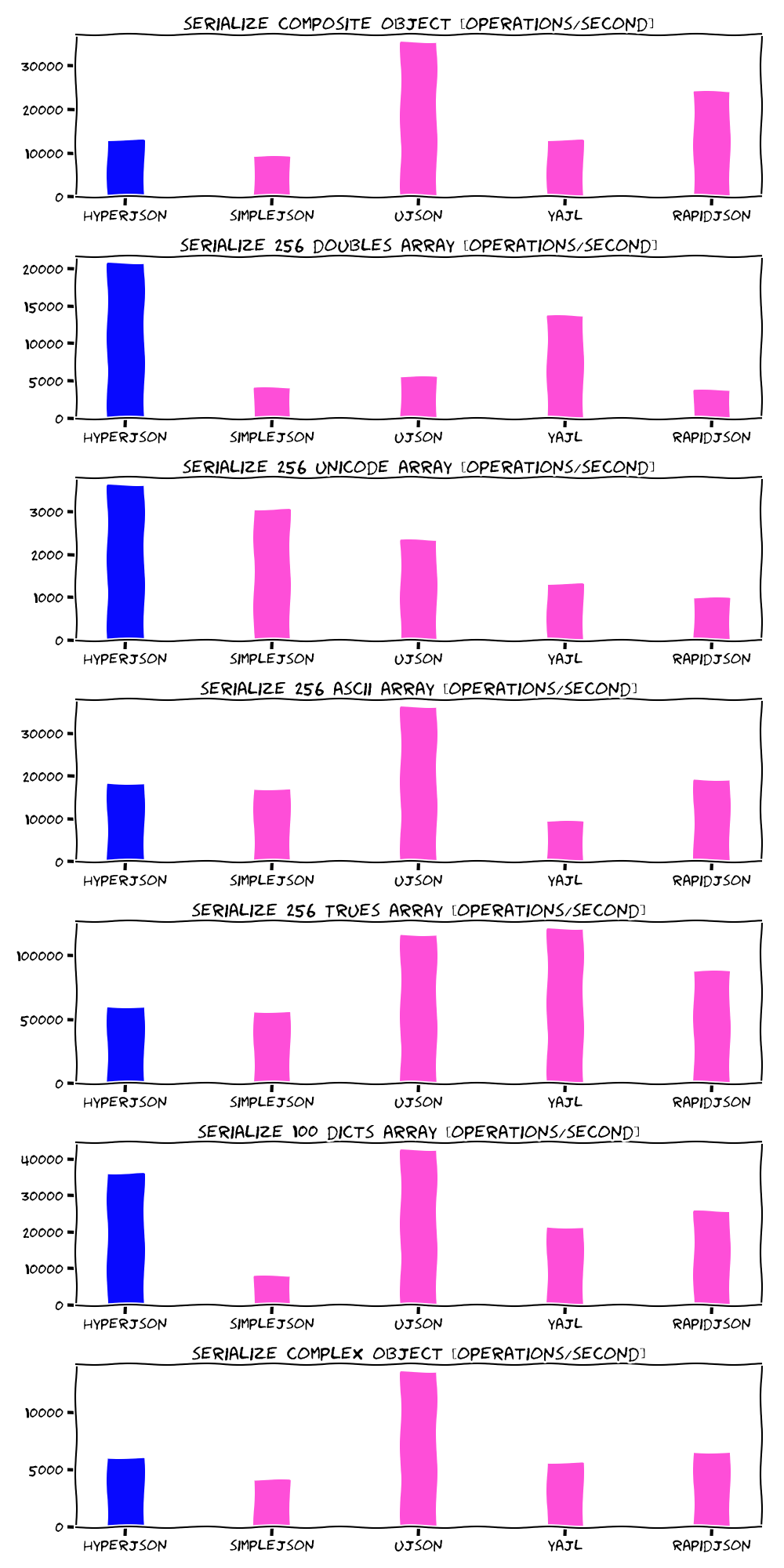 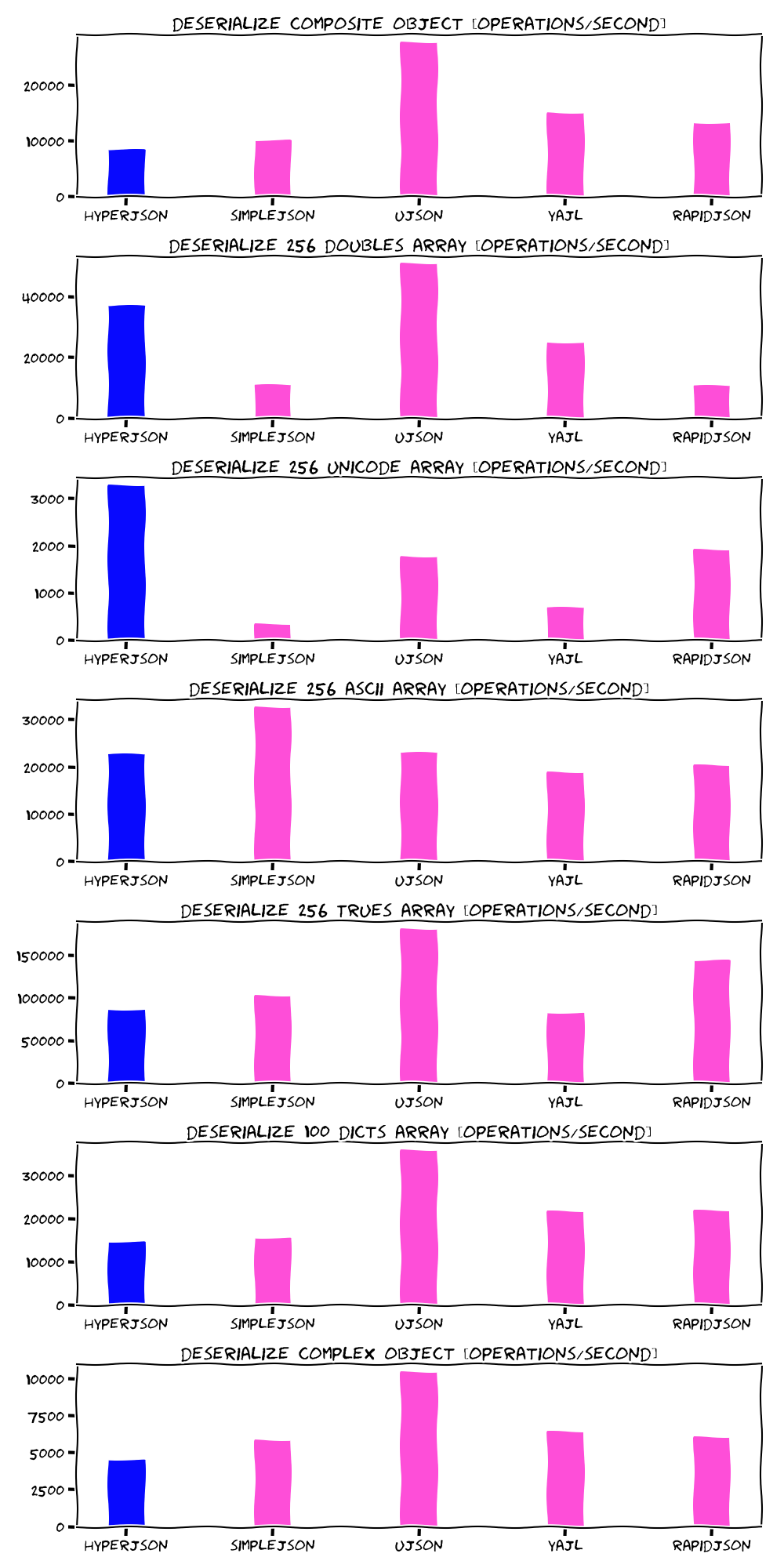 a python library to convert arbitrary strings representing business opening hours into a JSON format that's easier to use in code
15 May 2021
simplejson is a simple, fast, extensible JSON encoder/decoder for Python
13 May 2021
JMESPath (pronounced "james path") allows you to declaratively specify how to extract elements from a JSON document.
13 May 2021