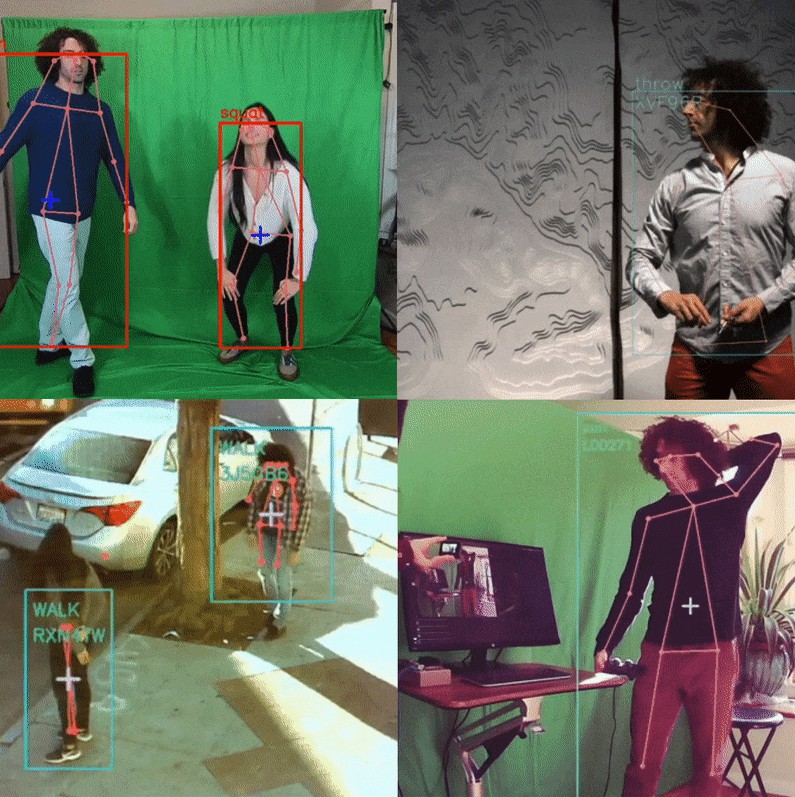 ActionAI is a python library for training machine learning models to classify human action. It is a generalization of our yoga smart personal trainer, which is included in this repo as an example.

These instructions will show how to prepare your image data, train a model, and deploy the model to classify human action from image samples. See deployment for notes on how to deploy the project on a live stream.

We recommend using a virtual environment to avoid any conflicts with your system's global configuration. You can install the required dependencies via pip:

We use the trt_pose repo to extract pose estimations. Please look to this repo to install the required dependencies.
You will also need to download these zipped model assets and unzip the package into the models/ directory.

All preprocessing, training, and deployment configuration variables are stored in the conf.py file in the config/ directory. You can create your own conf.py files and store them in this directory for fast experimentation.

The conf.py file included imports a LinearRegression model as our classifier by default.

After proprocessing your image data using the preprocess.py script, you can create a model by calling the actionModel()function, which creates a scikit-learn pipeline. Then, call the trainModel() function with your data to train:

Arrange your image data as a directory of subdirectories, each subdirectory named as a label for the images contained in it. Your directory structure should look like this:

Samples should be standard image files recognized by the pillow library.

To generate a dataset from your images, run the preprocess.py script.

This will stage the labeled image dataset in a csv file written to the data/ directory.

After reading the csv file into a dataframe, a custom scikit-learn transformer estimates body keypoints to produce a low-dimensional feature vector for each sample image. This representation is fed into a scikit-learn classifier set in the config file. This approach works well for lightweight applications that require classifying a pose like the YogAI usecase:

Run the train.py script to train and save a classifier

The pickled model will be saved in the models/ directory

We've provided a sample inference script, inference.py, that will read input from a webcam, mp4, or rstp stream, run inference on each frame, and print inference results.

If you are running on a Jetson Nano, the iva.py script will perform multi-person tracking and activity recognition like the demo gif above Getting Started. Simply run:

If specified, this script will write a labeled video as out.mp4.

We've also included a script under the experimental folder, teachable_machine.py, that supports labelling samples via a PS3 Controller on a Jetson Nano and training in real-time from a webcam stream. This will require these extra dependencies:

This script will also write labelled data into a csv file stored in data/ directory and produce a video asset out.mp4.

A pytorch implementation of the EETS: End-to-End Adversarial Text-to-Speech.

In general solution is based on frame-by-frame classification approach. Other complex things did not work so well on public leaderboard.