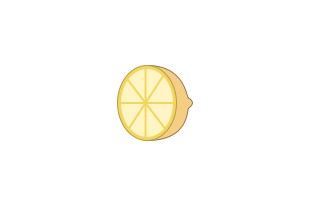 The system acts as a standalone module or as an extension to the spaCy NLP system.

The dictionary and morphology rules are derived from the NIH's SPECIALIST Lexicon which contains an extensive set information on English word forms.

A more simplistic inflection only system is available as pyInflect. LemmInflect was created to address some of the shortcoming of that project and add features, such as...

For the latest documentation, see ReadTheDocs.

Accuracy of the Lemmatizer

The accuracy of LemmInflect and several other popular NLP utilities was tested using the Automatically Generated Inflection Database (AGID) as a baseline. The AGID has an extensive list of lemmas and their corresponding inflections. Each inflection was lemmatized by the test software and then compared to the original value in the corpus. The test included 119,194 different inflected words.

The only external requirement to run LemmInflect is numpy which is used for the matrix math that drives the neural nets. These nets are relatively small and don't require significant CPU power to run.

The code base also includes library functions and scripts to create the various data files and neural nets. This includes such things as...

None of these are required for run-time operation. However, if you want of modify the system, see the documentation for more info.

To lemmatize a word use the method getLemma(). This takes a word and a Universal Dependencies tag and returns the lemmas as a list of possible spellings. The dictionary system is used first, and if no lemma is found, the rules system is employed.

To inflect words, use the method getInflection. This takes a lemma and a Penn Treebank tag and returns a tuple of the specific inflection(s) associated with that tag. Similary to above, the dictionary is used first and then inflection rules are applied if needed..

The library provides lower-level functions to access the dictionary and the OOV rules directly. For a detailed description see Lemmatizer or Inflections.

Usage as a Spacy Extension

To use as an extension, you need spaCy version 2.0 or later. Versions 1.9 and earlier do not support the extension methods used here.

To setup the extension, first import lemminflect. This will create new lemma and inflect methods for each spaCy Token. The methods operate similarly to the methods described above, with the exception that a string is returned, containing the most common spelling, rather than a tuple.

If you find a bug, please report it on the GitHub issues list. However be aware that when in comes to returning the correct inflection there are a number of different types of issues that can arise. Some of these are not readily fixable. Issues with inflected forms include...

One common issue is that some forms of the verb "be" are not completely specified by the treekbank tag. For instance be/VBD inflects to either "was" or "were" and be/VBP inflects to either "am", or "are". In order to disambiguate these forms, other words in the sentence need to be inspected. At this time, LemmInflect doesn't include this functionality.

ggstatsplot is an extension of ggplot2 package for creating graphics with details from statistical tests included in the plots themselves and targeted primarily at behavioral sciences community to provide a one-line code to produce information-rich plots.

It provides a set of physics puzzles in a simulated 2D world. Each puzzle has a goal state (e.g., make the green ball touch the blue wall) and an initial state in which the goal is not satisfied (see the figure below).