CadQuery is an intuitive, easy-to-use Python module for building parametric 3D CAD models. Using CadQuery, you can write short, simple scripts that produce high quality CAD models. It is easy to make many different objects using a single script that can be customized.

CadQuery is often compared to OpenSCAD. Like OpenSCAD, CadQuery is an open-source, script based, parametric model generator. However, CadQuery stands out in many ways and has several key advantages:

The original version of CadQuery was built on the FreeCAD API. This was great because it allowed for fast development and easy cross-platform capability. However, we eventually started reaching the limits of the API for some advanced operations and selectors. This 2.0 version of CadQuery is based directly on a Python wrapper of the OCCT kernel. This gives us a great deal more control and flexibility, at the expense of some simplicity and having to handle the cross-platform aspects of deployment ourselves. We believe this is a worthwhile trade-off to allow CadQuery to continue to grow and expand in the future.

To quickly play around with CadQuery and see it's capabilities, see the CQ-editor GUI manual.
If you want to use CadQuery for your own project, keep reading:

It is currently possible to use CadQuery for your own projects in 3 different ways:

The easiest way to install CadQuery and its dependencies is using conda, which is included as part of an Anaconda/Miniconda installation. See the next section for an alternative to a full install of Anaconda that may be preferable to some users. The steps to install cadquery are as follows:

For those who are interested, the OCP repository contains the current OCCT wrapper used by CQ.

CQ-editor is an IDE that allows users to edit CadQuery model scripts in a GUI environment. It includes features such as:

The installation instructions for CQ-editor can be found here. 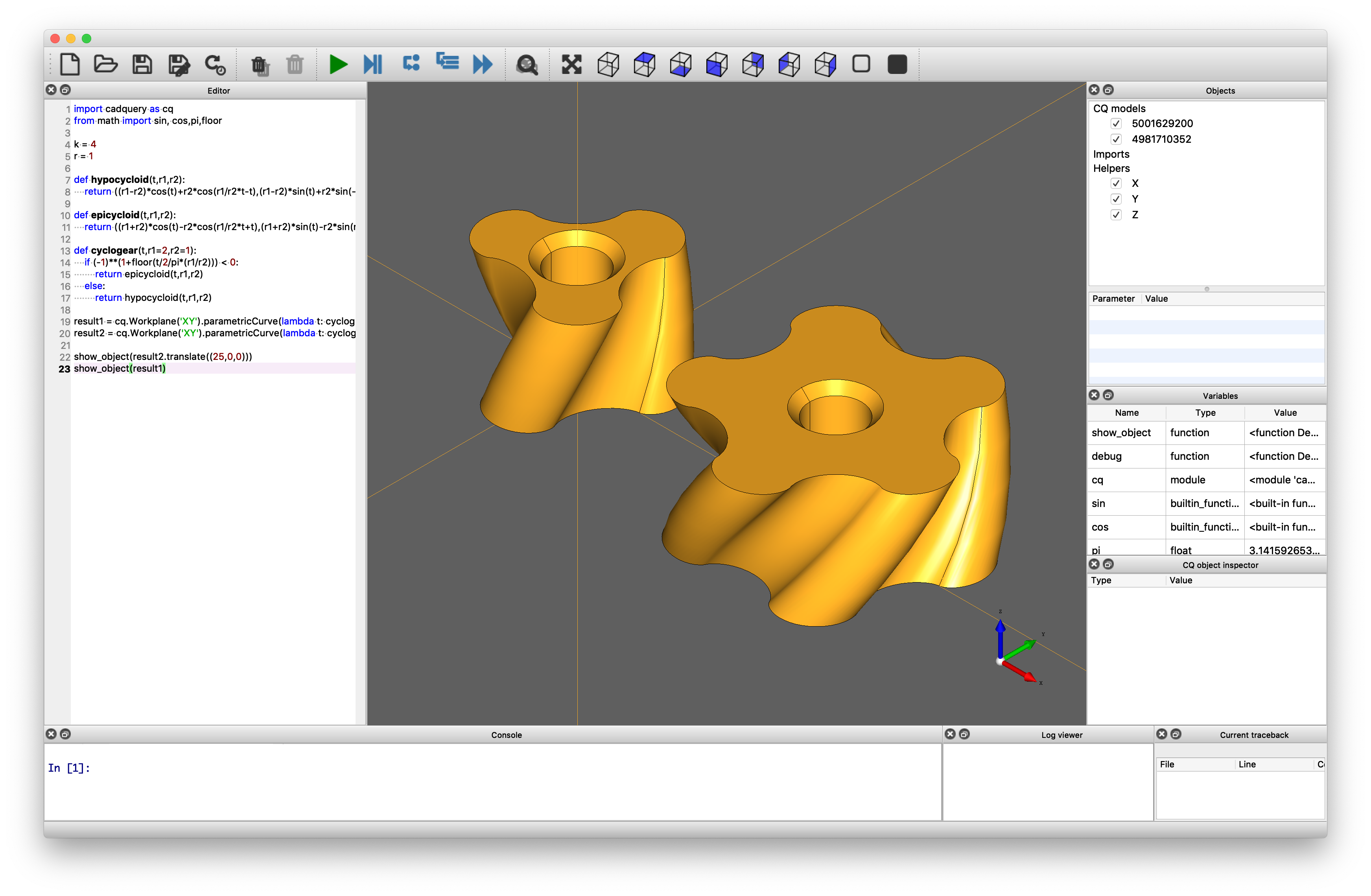 CadQuery supports Jupyter notebook out of the box using the jupyter-cadquery extension created by @bernhard-42: CadQuery was built to be used as a Python library without any GUI. This makes it great for use cases such as integration into servers, or creating scientific and engineering scripts. Use Anaconda/Miniconda to install CadQuery, and then add import cadquery to the top of your Python scripts. If the stable version of CadQuery is desired, the following command will install it. However, be aware that the stable version can fall significantly behind the current state of CadQuery, so in many cases the master installation method at the beginning of the Getting Started section is preferable.

We also have a Google Group to make it easy to get help from other CadQuery users. We want you to feel welcome and encourage you to join the group and introduce yourself. We would also love to hear what you are doing with CadQuery.

There is a Discord channel as well. A big thanks goes to the Elmer team for hosting us.

Here are just a few examples of how CadQuery is being used.

FxBricks uses CadQuery in the product development pipeline for their Lego train system. FxBricks has also given back to the community by creating documentation for their CAD pipeline. They have also assembled cq-kit, a library containing utility classes and functions to extend the capabilities of CadQuery. Thanks to @michaelgale and @fx-bricks for this example. Hexidor is an expanded take on the Quoridor board game, and the development process has been chronicled here. CadQuery was used to generate the game board. Thanks to Bruce for this example. Thanks to @marcus7070 for this example from here. 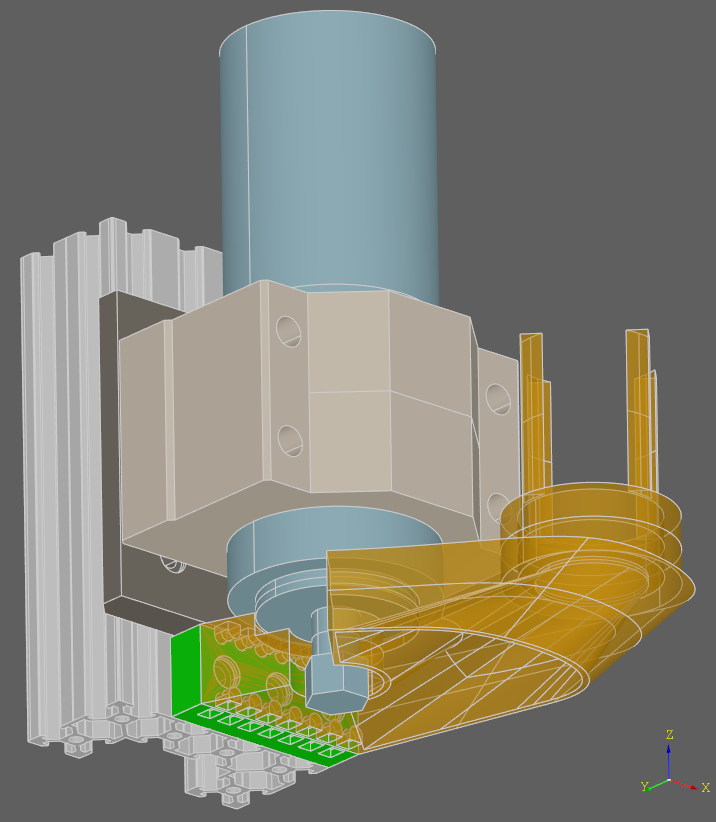 Thanks to @eddieliberato for sharing this example of an anti-kink resin mold for a cable. 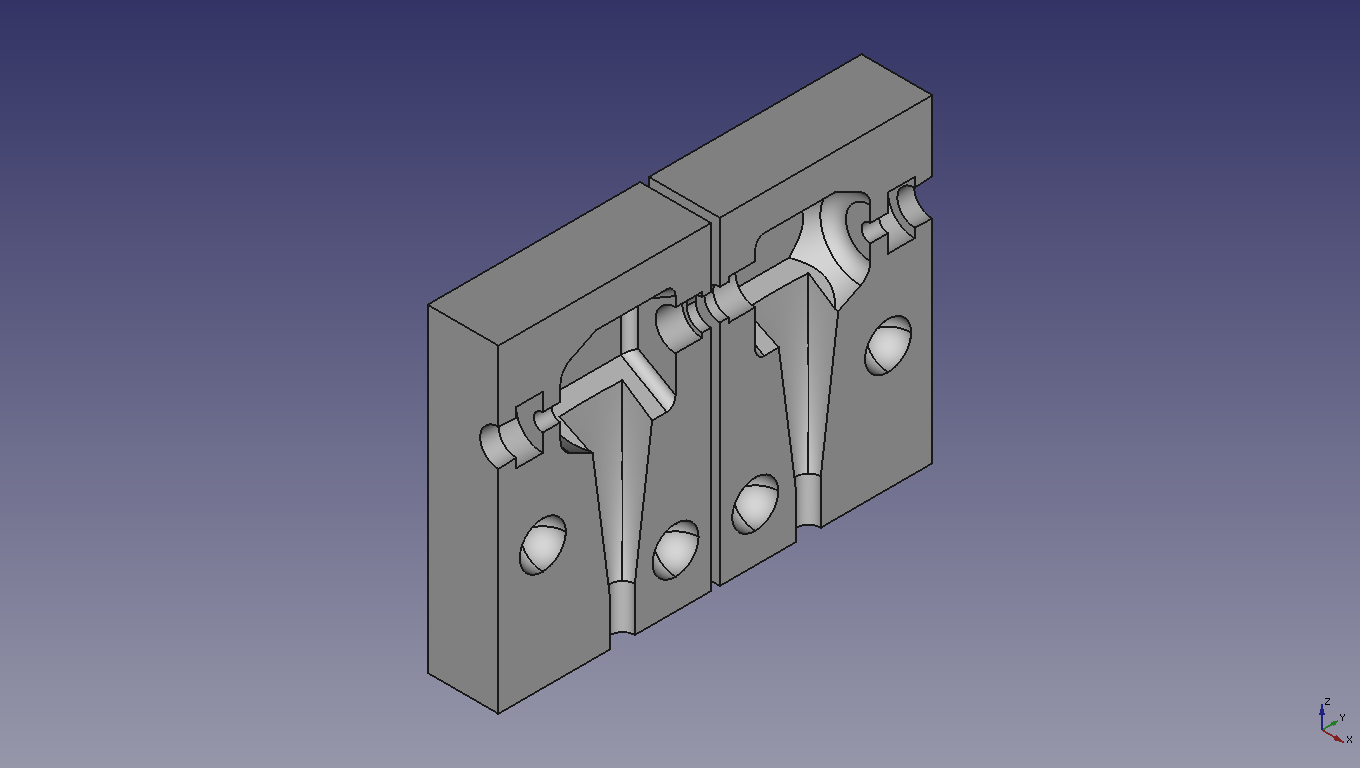