BakTst_Trd is a Quantitative trading system.

BakTst_Trd is similar to my other project named BakTst_Org (a backtesting system for quantitative transactions), so I just explain some differences. The address of BakTst_Org: BakTst_Org

BakTst_Trd is similar to my other project named BakTst_Org (a backtesting system for quantitative transactions), so I just explain some differences. The address of BakTst_Org: BakTst_Org

I have not completed this module, and I just used it to take up a place as a part of the framework.

Its function is very simple, and it includes these parts：

This module was previously used as a separate module to get data. Only, after it collected the data, then you can run BakTst_Org to analyze it. But the data should be transmitted in real time, if we made a quantitative trading system. So I integrate the craw module into BakTst_Trd, and it is a separate process. It will crawl data once every second, and if it crawl a new data of order, it will send the data to main function.

This module is the soul of the entire system. Firstly, you should set some parameters such as principal, and the number of BTC. Then it will use craw module to get data, and the main process will receive the data and analyze it. Besides, main function will also judge the order that has not been completed to cancel it. 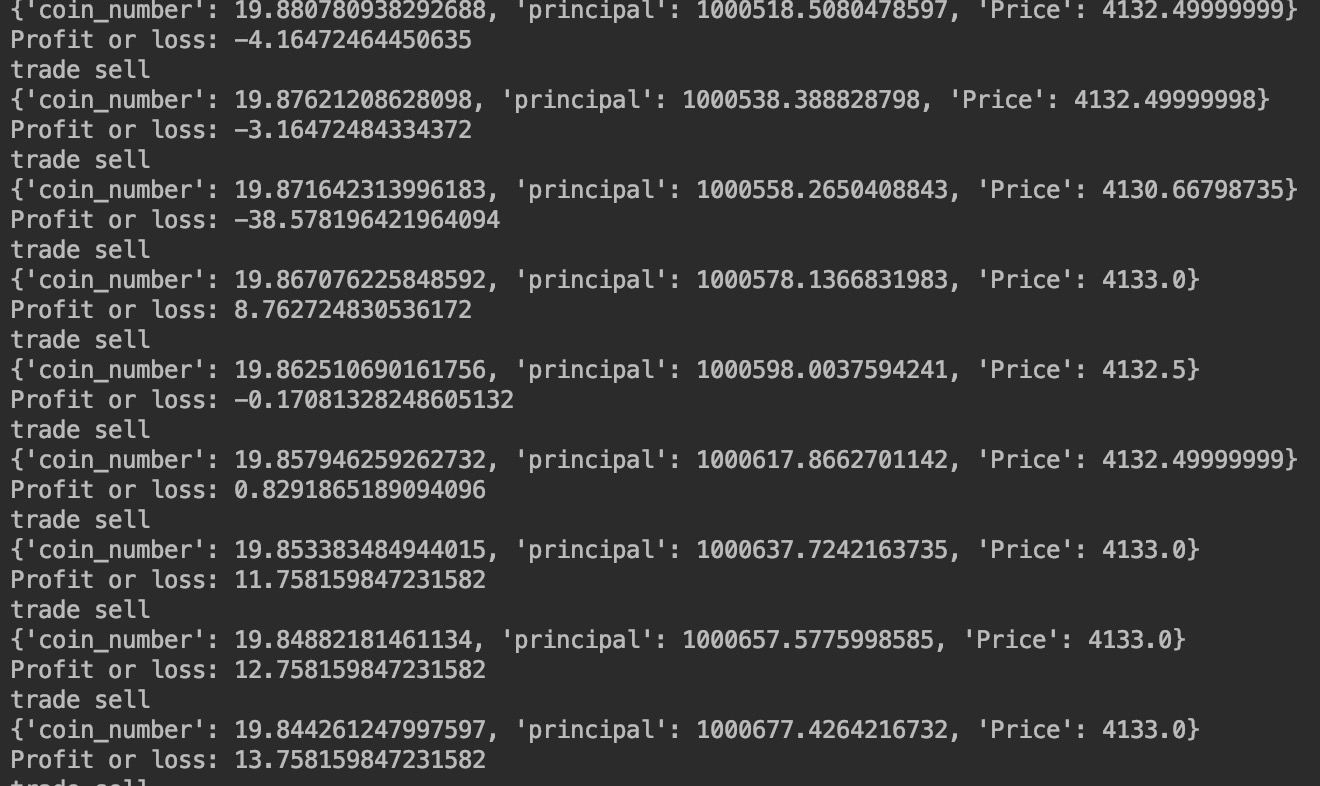