Inferoxy is a service for quick deploying and using dockerized Computer Vision models. It's a core of EORA's Computer Vision platform Vision Hub that runs on top of AWS EKS.

You should use it if:

One of the core Inferoxy's features is the batching mechanism. 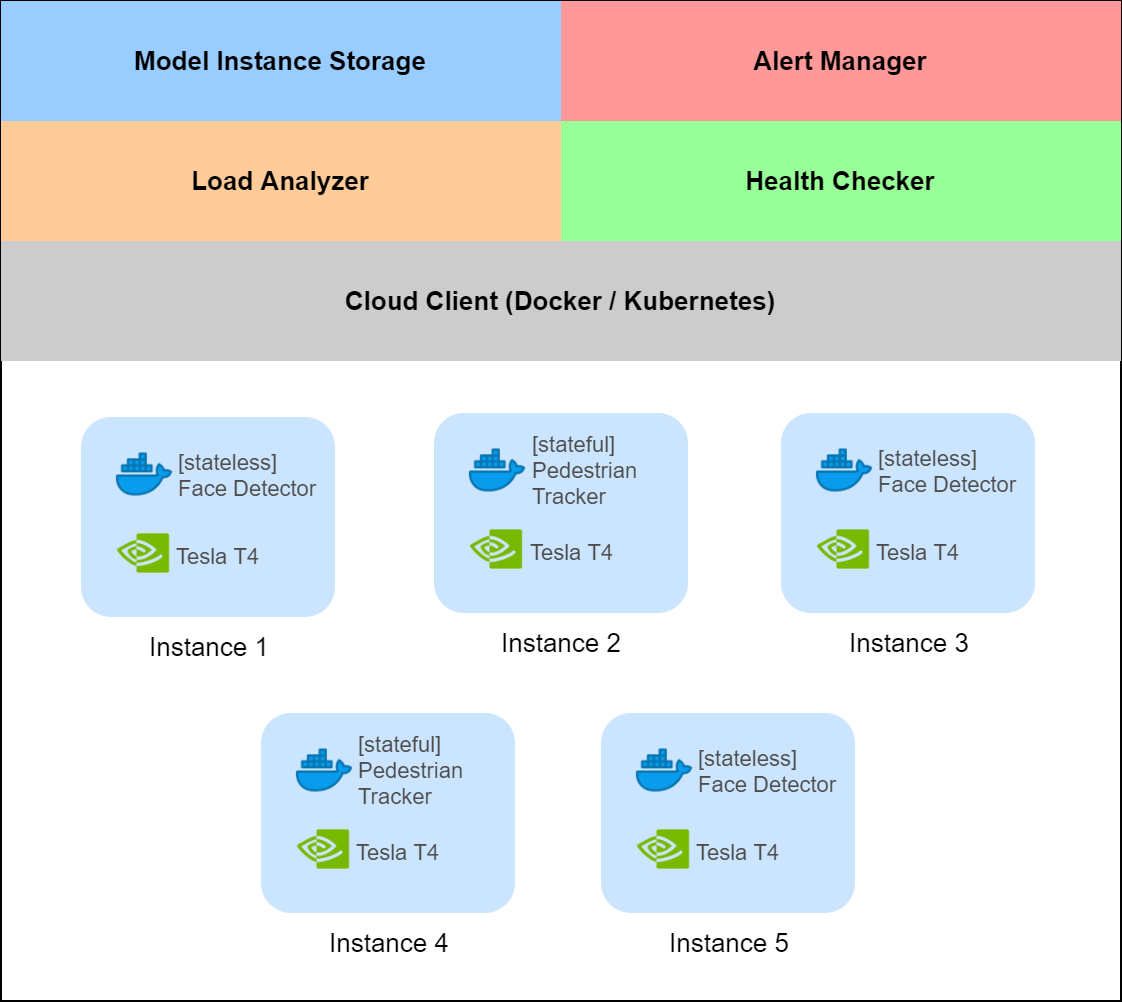 The cluster management consists of keeping track of the running copies of the models, load analysis,
health checking and alerting.

You can run Inferoxy locally on a single machine or k8s cluster.
To run Inferoxy, you should have a minimum of 4GB RAM and CPU or GPU device depending on your speed/cost trade-off.

To run locally you should use Inferoxy Docker image. The last version you can find
here.

After image is pulled we need to make basic configuration using .env file

The next step is to create inferoxy Docker network.

Now we should run Redis in this network. Redis is needed to store information about your models.

Create models.yaml file with simple set of models. You can read about models.yaml in
documentation

Now we can start Inferoxy:

Some codes from PyImageSearch course's and external projects.
08 June 2021
SRA's seminar on Introduction to Computer Vision Fundamentals
06 June 2021
It is a voice assistant which can be used to interact with your computer
22 May 2021