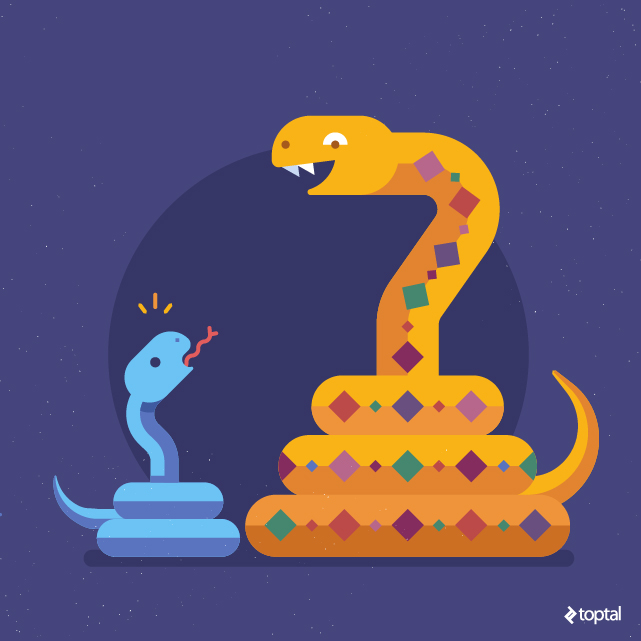 Python became a mainstream language for machine learning and other scientific fields that heavily operate with data; it boasts various deep learning frameworks and well-established set of tools for data processing and visualization.

However, Python ecosystem co-exists in Python 2 and Python 3, and Python 2 is still used among data scientists. By the end of 2019 the scientific stack will stop supporting Python2. As for numpy, after 2018 any new feature releases will only support Python3. Update (Sep 2018): same story now with pandas, matplotlib, ipython, jupyter notebook and jupyter lab.

To make the transition less frustrating, I've collected a bunch of Python 3 features that you may find useful.

pathlib is a default module in python3, that helps you to avoid tons of os.path.joins:

Previously it was always tempting to use string concatenation (concise, but obviously bad),
now with pathlib the code is safe, concise, and readable.

Also pathlib.Path has a bunch of methods and properties, that every python novice previously had to google:

pathlib should save you lots of time,
please see docs and reference for more.

Type hinting is now part of the language

Example of type hinting in pycharm:

Python is not just a language for small scripts anymore,
data pipelines these days include numerous steps each involving different frameworks (and sometimes very different logic).

As a simple example, the following code may work with different types of data (that's what we like about python data stack).

This code will work for pandas.Series, but in the wrong way:

This was two lines of code. Imagine how unpredictable behavior of a complex system, because just one function may misbehave.
Stating explicitly which types a method expects is very helpful in large systems, this will warn you if a function was passed unexpected arguments.

If you have a significant codebase, hinting tools like MyPy are likely to become part of your continuous integration pipeline.
A webinar "Putting Type Hints to Work" by Daniel Pyrathon is good for a brief introduction.

Sidenote: unfortunately, hinting is not yet powerful enough to provide fine-grained typing for ndarrays/tensors, but maybe we'll have it once, and this will be a great feature for DS.

By default, function annotations do not influence how your code is working, but merely help you to point code intentions.

However, you can enforce type checking in runtime with tools like ... enforce,
this can help you in debugging (there are many cases when type hinting is not working).

Other usages of function annotations

Update: starting from python 3.7 this behavior was depreciated, and function annotations should be used for type hinting only. Python 4 will not support other usages of annotations.

As mentioned before, annotations do not influence code execution, but rather provide some meta-information,
and you can use it as you wish.

For instance, measurement units are a common pain in scientific areas, astropy package provides a simple decorator to control units of input quantities and convert output to required units

If you're processing tabular scientific data in python (not necessarily astronomical), you should give astropy a shot.

You can also define your application-specific decorators to perform control / conversion of inputs and output in the same manner.

Let's implement one of the simplest ML models — a linear regression with l2 regularization (a.k.a. ridge regression):

The code with @ becomes more readable and more translatable between deep learning frameworks: same code X @ W + b[None, :] for a single layer of perceptron works in numpy, cupy, pytorch, tensorflow (and other frameworks that operate with tensors).

Recursive folder globbing is not easy in Python 2, even though the glob2 custom module exists that overcomes this. A recursive flag is supported since Python 3.5:

A better option is to use pathlib in python3 (minus one import!):

Note: there are minor differences between glob.glob, Path.glob and bash globbing.

Print is a function now

Yes, code now has these annoying parentheses, but there are some advantages:

PEP-515 introduced underscores in Numeric Literals.
In Python3, underscores can be used to group digits visually in integral, floating-point, and complex number literals.

f-strings for simple and reliable formatting

The default formatting system provides a flexibility that is not required in data experiments.
The resulting code is either too verbose or too fragile towards any changes.

Quite typically data scientists outputs some logging information iteratively in a fixed format.
It is common to have a code like:

f-strings aka formatted string literals were introduced in Python 3.6:

For data science this is definitely a handy change

Results in Python 2 depend on whether 'time' and 'distance' (e.g. measured in meters and seconds) are stored as integers.
In Python 3, the result is correct in both cases, because the result of division is float.

Another case is floor division, which is now an explicit operation:

Note, that this applies both to built-in types and to custom types provided by data packages (e.g. numpy or pandas).

Sidenote: proper check for None is (in both Python versions)

In Python 3 strs are unicode strings, and it is more convenient for NLP processing of non-english texts.

There are other funny things, for instance:

You can handle all of this in Python 2 properly, but Python 3 is more friendly.

Preserving order of dictionaries and **kwargs

In CPython 3.6+ dicts behave like OrderedDict by default (and this is guaranteed in Python 3.7+).
This preserves order during dict comprehensions (and other operations, e.g. during json serialization/deserialization)

Same applies to **kwargs (in Python 3.6+), they're kept in the same order as they appear in parameters.
Order is crucial when it comes to data pipelines, previously we had to write it in a cumbersome manner:

Did you notice? Uniqueness of names is also checked automatically.

Pickling is a mechanism to pass data between threads / processes, in particular used inside multiprocessing package.

Three times less space. And it is much faster.
Actually similar compression (but not speed) is achievable with protocol=2 parameter, but developers typically ignore this option (or simply are not aware of it).

Note: pickle is not safe (and not quite transferrable), so never unpickle data received from an untrusted or unauthenticated source.

Python 2 super(...) was a frequent source of mistakes in code.

More on super and method resolution order on stackoverflow.

The most enjoyable thing about programming in languages like Java, C# and alike is that IDE can make very good suggestions,
because type of each identifier is known before executing a program.

In python this is hard to achieve, but annotations will help you

This is an example of PyCharm suggestions with variable annotations.
This works even in situations when functions you use are not annotated (e.g. due to backward compatibility).

Here is how you merge two dicts now:

See this thread at StackOverflow for a comparison with Python 2.

The same approach also works for lists, tuples, and sets (a, b, c are any iterables):

Obviously, an author of this code didn't get the Python style of coding yet (most probably, just jumped from cpp or rust).
Unfortunately, this is not just question of taste, because changing the order of arguments (adding/deleting) in SVC will break this code. In particular, sklearn does some reordering/renaming from time to time of numerous algorithm parameters to provide consistent API. Each such refactoring may drive to broken code.

Python 3.7 introduces data classes, a good replacement for namedtuple in most cases.

dataclass decorator takes the job of implementing routine methods for you (initialization, representation, comparison, and hashing when applicable).
Let's name some features:

Geir Arne Hjelle gives a good overview of dataclasses in his post.

In Python you can control attribute access and hinting with __getattr__ and __dir__ for any object. Since python 3.7 you can do it for modules too.

A natural example is implementing a random submodule of tensor libraries, which is typically a shortcut to skip initialization and passing of RandomState objects. Here's implementation for numpy:

One can also mix this way functionalities of different objects/submodules. Compare with tricks in pytorch and cupy.

Additionally, now one can

Just write breakpoint() in the code to invoke debugger.

Python 3 has a single type int, which incorporates long arithmetics.

Here is how you check that value is integer:

Update: first check also works for other integral types, such as numpy.int32, numpy.int64, but others don't. So they're not equivalent.

Course authors should spend time in the first lectures to explain what is an iterator,
why it can't be sliced / concatenated / multiplied / iterated twice like a string (and how to deal with it).

I think most course authors would be happy to avoid these details, but now it is hardly possible.

ddgr is a cmdline utility to search DuckDuckGo from the terminal.