Sort-of-CLEVR is simplified version of CLEVR.This is composed of 10000 images and 20 questions (10 relational questions and 10 non-relational questions) per each image. 6 colors (red, green, blue, orange, gray, yellow) are assigned to randomly chosen shape (square or circle), and placed in a image.

Non-relational questions are composed of 3 subtypes:

Theses questions are "non-relational" because the agent only need to focus on certain object.

Relational questions are composed of 3 subtypes:

These questions are "relational" because the agent has to consider the relations between objects. 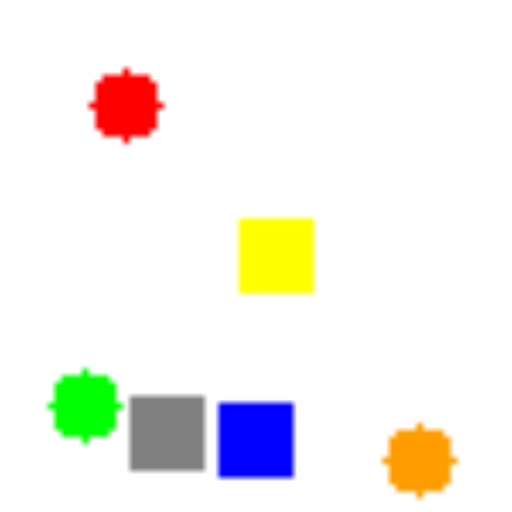 I.e., with the sample image shown, we can generate non-relational questions like:

If you don't use conda install python 3 normally and use pip install to install remaining dependencies. The list of dependencies can be found in the environment.yml file.

to generate sort-of-clevr dataset
and

to train the binary RN model.
Alternatively, use

to train the ternary RN model.

@gngdb speeds up the model by 10 times.

Realtime Face Anti Spoofing Detection with Face Detector to detect real and fake faces
06 September 2021
This is a TensorFlow implementation of a Deep Neural Network for scenetext recognition.
02 September 2021
To track the ball we used TrackNet - deep learning network for tracking high-speed objects. For players detection yolov3 was used.
25 August 2021