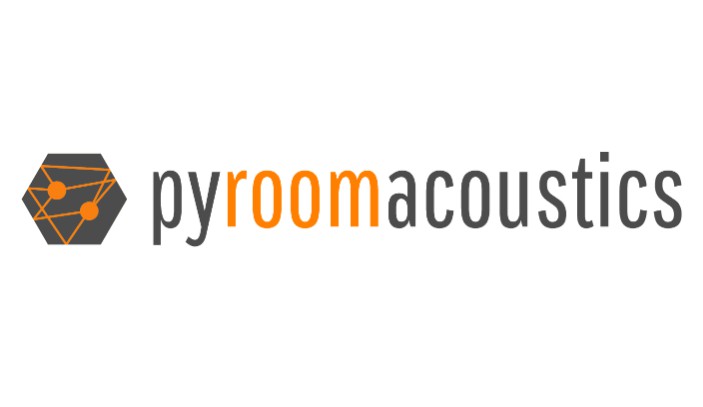 Pyroomacoustics is a package for audio signal processing for indoor applications. It was developed as a fast prototyping platform for beamforming algorithms in indoor scenarios.

Pyroomacoustics is a software package aimed at the rapid development
and testing of audio array processing algorithms. The content of the package
can be divided into three main components:

Together, these components form a package with the potential to speed up the time to market
of new algorithms by significantly reducing the implementation overhead in the
performance evaluation step. Please refer to this notebook <http://nbviewer.jupyter.org/github/LCAV/pyroomacoustics/blob/master/notebooks/pyroomacoustics_demo.ipynb>_
for a demonstration of the different components of this package.

Suppose, for example, you wanted to produce a radio crime drama, and it
so happens that, according to the scriptwriter, the story line absolutely must culminate
in a satanic mass that quickly degenerates into a violent shootout, all taking place
right around the altar of the highly reverberant acoustic environment of Oxford's
Christ Church cathedral. To ensure that it sounds authentic, you asked the Dean of
Christ Church for permission to record the final scene inside the cathedral, but
somehow he fails to be convinced of the artistic merit of your production, and declines
to give you permission. But recorded in a conventional studio, the scene sounds flat.
So what do you do?

Faced with this difficult situation, pyroomacoustics can save the day by simulating
the environment of the Christ Church cathedral!

Both a pure Python implementation and a C accelerator are included for maximum
speed and compatibility.

The philosophy of the package is to abstract all necessary elements of
an experiment using an object-oriented programming approach. Each of these elements
is represented using a class and an experiment can be designed by combining
these elements just as one would do in a real experiment.

Let's imagine we want to simulate a delay-and-sum beamformer that uses a linear
array with four microphones in a shoe box shaped room that contains only one
source of sound. First, we create a room object, to which we add a microphone
array object, and a sound source object. Then, the room object has methods
to compute the RIR between source and receiver. The beamformer object then extends
the microphone array class and has different methods to compute the weights, for
example delay-and-sum weights. See the example below to get an idea of what the
code looks like.

The Room class also allows one to process sound samples emitted by sources,
effectively simulating the propagation of sound between sources and microphones.
At the input of the microphones composing the beamformer, an STFT (short time
Fourier transform) engine allows to quickly process the signals through the
beamformer and evaluate the output.

In addition to its core image source model simulation, pyroomacoustics
also contains a number of reference implementations of popular audio processing
algorithms for

We use an object-oriented approach to abstract the details of
specific algorithms, making them easy to compare. Each algorithm can be tuned through optional parameters. We have tried to
pre-set values for the tuning parameters so that a run with the default values
will in general produce reasonable results.

In an effort to simplify the use of datasets, we provide a few wrappers that
allow to quickly load and sort through some popular speech corpora. At the
moment we support the following.

Install the package with pip::

A cookiecutter <https://github.com/fakufaku/cookiecutter-pyroomacoustics-sim>_
is available that generates a working simulation script for a few 2D/3D
scenarios::

The minimal dependencies are::

where Cython is only needed to benefit from the compiled accelerated simulator.
The simulator itself has a pure Python counterpart, so that this requirement could
be ignored, but is much slower.

On top of that, some functionalities of the package depend on extra packages::

The requirements.txt file lists all packages necessary to run all of the
scripts in the examples folder.

This package is mainly developed under Python 3.5. We try as much as possible to keep
things compatible with Python 2.7 and run tests and builds under both. However, the tests
code coverage is far from 100% and it might happen that we break some things in Python 2.7 from
time to time. We apologize in advance for that.

Under Linux and Mac OS, the compiled accelerators require a valid compiler to
be installed, typically this is GCC. When no compiler is present, the package
will still install but default to the pure Python implementation which is much
slower. On Windows, we provide pre-compiled Python Wheels for Python 3.5 and
3.6.

Here is a quick example of how to create and visual the response of a
beamformer in a room.

A couple of detailed demos with illustrations <https://github.com/LCAV/pyroomacoustics/tree/master/notebooks>_ are available.

A comprehensive set of examples covering most of the functionalities
of the package can be found in the examples folder of the GitHub repository <https://github.com/LCAV/pyroomacoustics/tree/master/examples>_.

If you would like to contribute, please clone the
repository <http://github.com/LCAV/pyroomacoustics>_ and send a pull request.

This package was developed to support academic publications. The package
contains implementations for DOA algorithms and acoustic beamformers introduced
in the following papers.

giotto-tda is a high performance topological machine learning toolbox in Python built on top of scikit-learn and is distributed under the GNU AGPLv3 license.