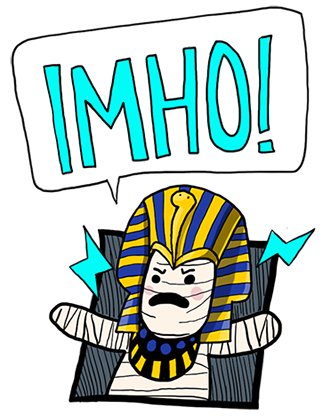 Imhotep is a tool which will comment on commits coming into your repository and check for syntactic errors and general lint warnings.

Currently, installation is done from source through Python packaging system. We first need to download it from GitHub. We then setup a virtualenv which will keep our python packages separate from other things on your system, lest we have version conflicts. Finally, we install the required packages.

If you want to hack on imhotep, that looks more like this:

You’ll also need to install the plugins you’d like to run. Examples include jshint, flake8, pep8, pylint, rubocop, foodcritic, and jsl. You can install those with pip. Example: pip install imhotep_jshint.

To use imhotep, we must tell it which repository to look at, who to authenticate as and what to comment on. Imhotep is able to comment in two ways: either on a single commit or on a pull request.

Commenting on a pull request

Commenting on a single commit

Where do I get that SHA?

The SHA generated by github is done through your user’s settings page. Generate a personal access token and use that for the --github-password above.

Note: if you get a error where the plugin cannot find imhotep.tools, make sure you installed imhotep into your virtualenv with pip install -e .. See the Installation instructions above.

There is currently support for 2 linters: PyLint and JSHint. If it finds violations, it will post those violations to GitHub. New linting tools are encouraged!

By default, imhotep runs all plugins it can find on your source code. If you’d like to only run a subset of linters, you should specify the --linter directive with a dotted path to the module. An example of this is imhotep.tools:PyLint or imhotep_pep8.plugin:Pep8Linter. If you want to specify multiple tools, just pass multiple things to the --linter flag.

Imhotep supports adding linters through a plugin API based around Python’s setuptools entrypoints. This means that plugins can live as separate Python packages which are installable alongside imhotep.

To make your plugin discoverable, you need to add an entry_points stanza to your setup.py. It looks like this.

The key pieces of this are the name of the entrypoint which must be imhotep_linter. This is how we know where to find the plugins. The list that follows it is a list of strings that map file extensions to a tool that knows how to lint them. So for the entry above, we’ll do something like from path.to.module import ToolClassName and run that on all .py files in the repository.

You can find a working example of a setup.py file in the imhotep_pep8 repository.

What’s with the name?

Imhotep, the first Egyptian architect, is known as “the one who comes in peace”. In keeping with that name, the goal of this tool is to keep code reviews peaceful and productive by having robots point out the nitpicky details, leaving people to critique bigger picture things, not spacing and misspelling issues.

This is the first release where I’m tracking release notes. This release is majoritively the work of danpalmer. Thanks, Dan!

A GitHub Follower Bot that is a WIP
02 February 2022
A Read-Only GitHub mirror of HalpyBOT
30 January 2022
A simple python bot that serves to send some notifications about GitHub events to Slack
17 January 2022
A101 Current Telegam Bot Working on Github Workflows
27 December 2021
It unfollows users you're following, it runs in the background so you can still do what you do without it bothering you. It's not really fast it takes 3 seconds per unfollow if you're following a lot of people it will take awhile.
06 September 2021
Forst and Fastest snapchat account creator on github
28 June 2022
A bot system for Twitch
28 June 2022
A GitHub Action for pip-audit
23 June 2022