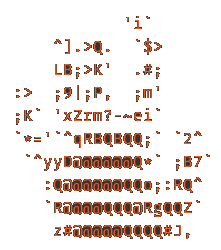 United Nations Declaration of Human Rights (UDHR) 1948, Article 12 – “No one shall be subjected to arbitrary interference with his privacy, family, home or correspondence, nor to attacks upon his honor and reputation. Everyone has the right to the protection of the law against such interference or attacks.”

International Covenant on Civil and Political Rights (ICCPR) 1966, Article 1 – “No one shall be subjected to arbitrary or unlawful interference with his privacy, family, home or correspondence, nor to unlawful attacks on his honor or reputation. Everyone has the right to the protection of the law against such interference or attacks.”

With Chaya, you can easily protect your privacy by using steganography. Chaya experiments showcase very promising results by evading detection against various attacks against steganography.

FLIF support only works with the following Operating Systems completely!:

FLIF compression has to be commented from the script for ‘Kali Linux’, ‘Parrot OS’ and other direct Debian based system that don’t support PPA. This means your compression will not work, but the steganography will work perfectly. Recommended to use a Ubuntu/PopOS VM and use this script.

If already done, skip to next step.

The plan is to build this into a modular framework where users can also add their custom scripts for encryption and steganography part. Support for multiple compression algorithms is being added. During the experiments, FLIF was supported, but now JpegXL (JXL) is the new best lossless raster based compression. Support for payload execution and other interesting stuff underway. Can be done combining commands, but not inbuilt. Video steganography using ffmpeg is being tested. ZG9udCBsZXQgdGhlIGdsb3dpZXMga25vdyBoYWhh