At its heart, AeroSandbox is a collection of end-to-end automatic-differentiable models and analysis tools for aircraft design applications. This property of automatic-differentiability dramatically improves performance on large problems; design problems with thousands or tens of thousands of decision variables solve in seconds on a laptop. Using AeroSandbox, you can simultaneously optimize an aircraft's aerodynamics, structures, propulsion, mission trajectory, stability, and more. 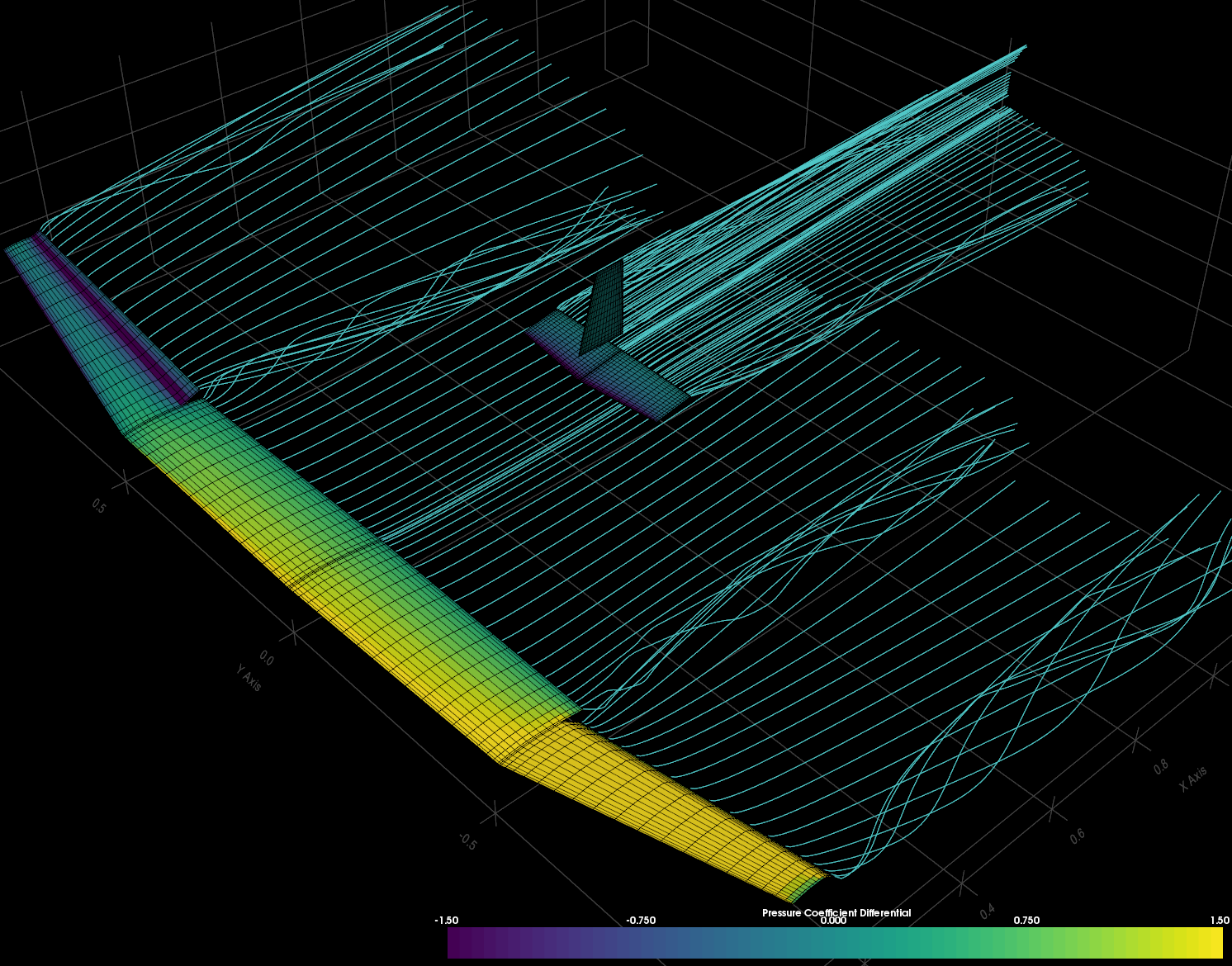 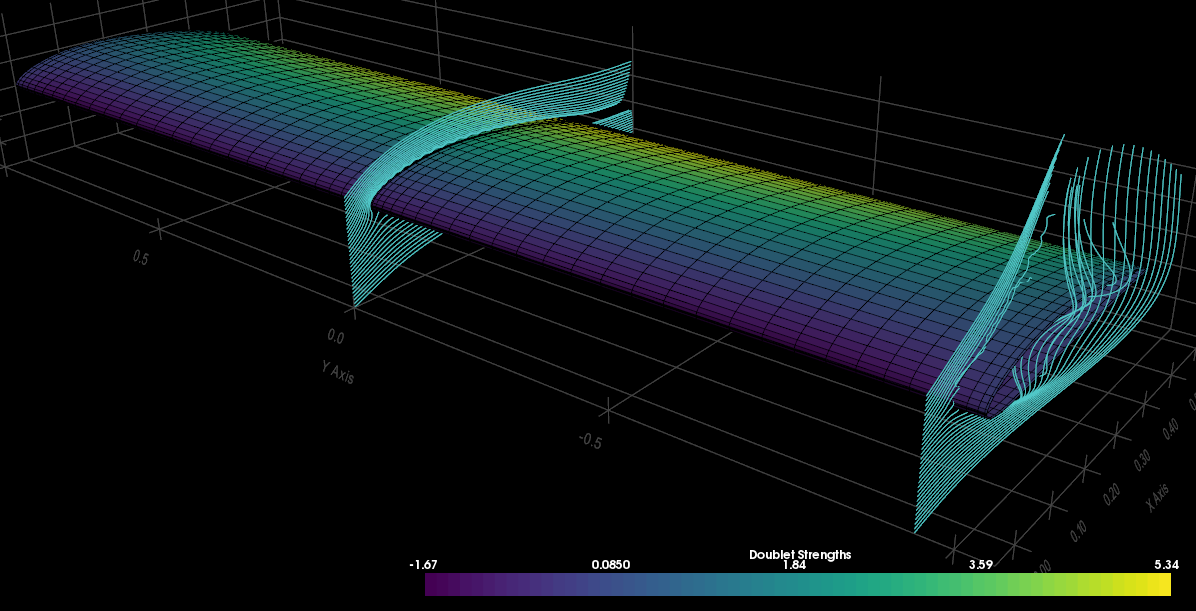 PANEL1 simulation of a wing (extruded NACA2412, α=15°, AR=4). Note the strong three-dimensionality of the flow near the tip.

Install with pip install AeroSandbox. Requires Python 3.7. Nearly all features work in Python 3.8+, although automated interfacing with XFoil for 2D aerodynamic analysis does not.

To get examples as well, clone from master on GitHub. (Nightly builds available on develop branch.)

There are many example cases you can try out in the /examples/ directory! A good place to start is /examples/conventional/casll1_conventional_analysis_point.py.

AeroSandbox is designed to have extremely intuitive, high-level, and human-readable code. You (yes, you!) can probably learn to analyze a simple airplane and visualize airflow around it within 5 minutes of downloading AeroSandbox. For example, here is all the code that is needed to design a glider, analyze its aerodynamics in flight, and visualize it (found in /examples/conventional/casll1_conventional_analysis_point.py):

The best part is that by adding just a few more lines of code, you can not only get the performance at a specified design point, but also the derivatives of any performance variable with respect to any design variable. Thanks to reverse-mode automatic differentiation, this process only requires the time of one additional flow solution, regardless of the number of design variables. For an example of this, see "/examples/gradient_test_vlm2.py".

The fastest way to ensure that all dependencies are satisfied is by simply running "pip install AeroSandbox" in your command prompt. However, you can also install dependencies on your own if you'd like: see "requirements.txt" for the list.

The primary purpose for this repository is to explore existing methods for aerodynamic analysis and develop new methods within a unified code base.

This package eventually seeks to develop the following:
An aerodynamics tool that models flow around any general triangulated 3D shape (with non-separated flow) using strongly-coupled viscous/inviscid methods. If successful, this could be orders of magnitude faster than volume-mesh-based CFD while retaining high accuracy (XFoil is a 2D example of this).

This code is made open-source in hopes that the aerospace community can benefit from this work. I've benefitted so much from open-source aerospace tools that came before me (XFoil, AVL, QProp, GPKit, XFLR5, OpenVSP, SU2, and SUAVE, just to name a few), so I hope to pay it forward, at least in small part!

A Python tool for creating high-quality manhattan and Q-Q plots from GWAS results.
25 February 2021
Python program that rates stocks out of 100 based on valuation, profitability, growth, and price performance metrics, relative to the company's sector.
09 February 2021
Let's start with the line plots. These are quite useful when trying to show the effects of something or changes among time or other streams.
07 February 2021