An interactive aquarium for your terminal, written using pytermgui.

The project got its name from the Common Watersnake, also known as Nerodia Sipedon. It is meant to be an example project for the pytermgui framework, but later down the line might become its own entity as TUI game.

Updates might not be too frequent, as the parent framework enjoys priority at the moment. This is a passion project of mine however, so I do not plan on abandoning it.

It is not available on PyPI at the moment, as I’m not quite sure about the naming yet. As such, to install it you should follow these steps:

After this, you can run the project by typing sipedon if the PIP binary location is in your $PATH, or python3 -m sipedon otherwise. 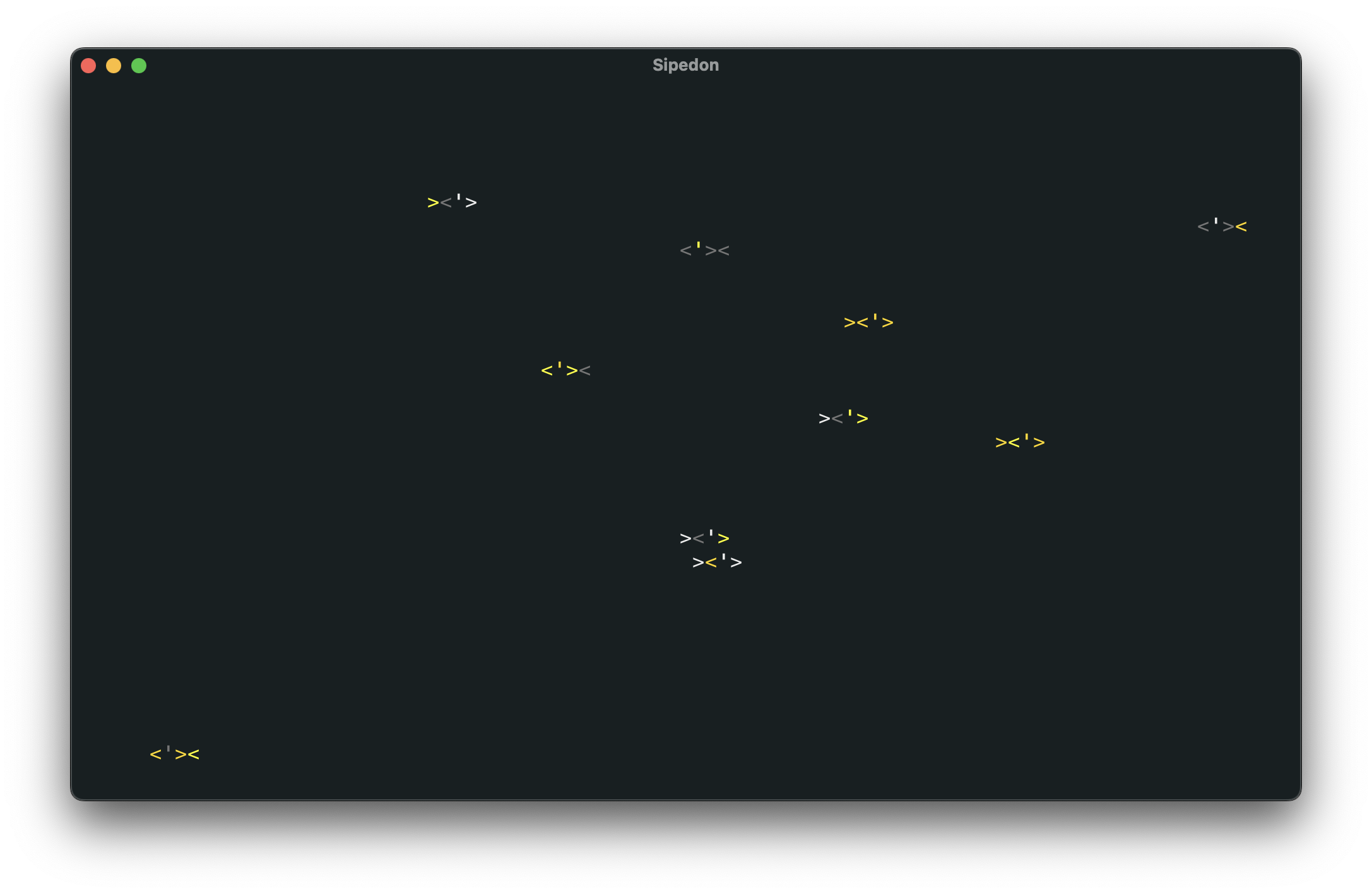