The implementation of EventProp itself is in models.py, in form of the forward and backward methods of the SpikingLinear module, which compute the forward passes of a spiking layer and its adjoint layer.

In particular, the manual_forward method computes the discretized dynamics of a spiking layer:

While the manual_backward method computes the discretized dynamics of the adjoint model, used to compute exact gradients for the weight parameters:

The network is run for a fixed amount of time and discrete time steps are used to approximate the continuous dynamics. These can be set through the T and dt arguments when running main.py (default values are T=40ms and dt=1ms, so a total of 40 forward passes are executed for each mini-batch).

To encode the MNIST dataset as spikes, images were first binarized and black/white pixels were encoded as spikes at times 10/20ms, respectively. The dynamics of one of the 10 output neurons are as follows, for a randomly-initialized network:

To train the SNN with default settings, just run

which will automatically download MNIST and train a SNN for 40 epochs with Adam, on gpu.

Check out the available args in main.py to change training settings such as the learning rate, batch size, and SNN-specific parameters such as membrane/synaptic constants and time discretization.

The default hyperparameters result in stable training, reaching around 85% train/test accuracy in under 10 epochs: 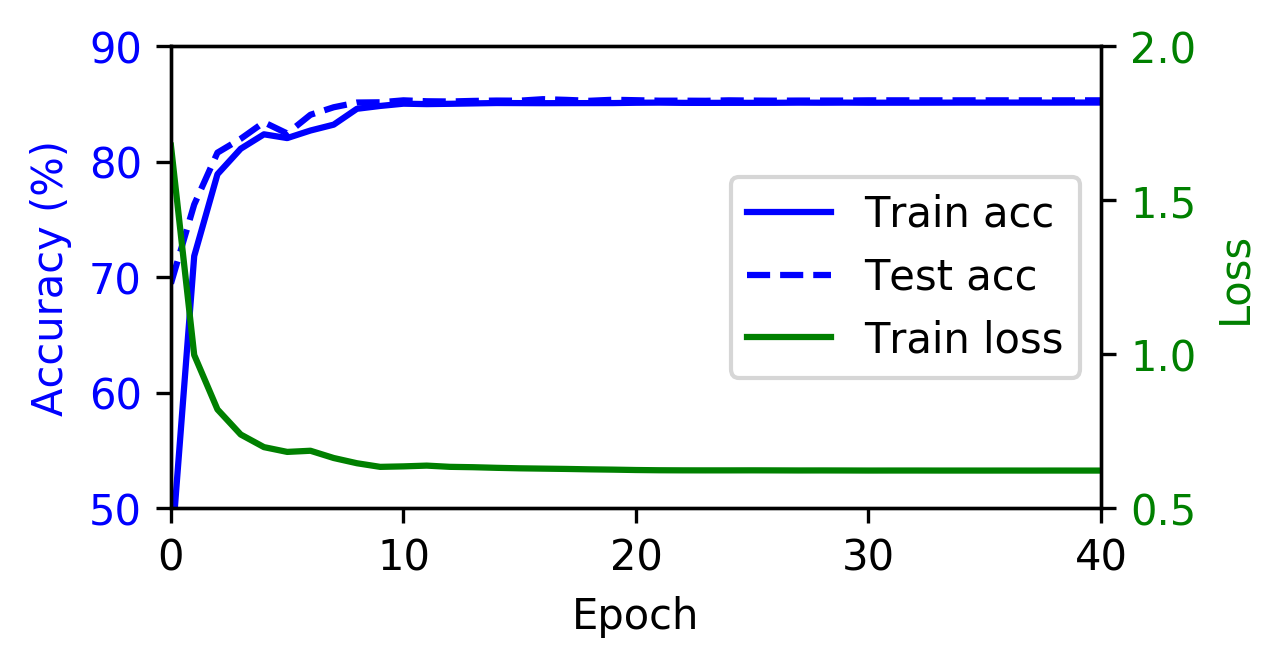 If there is enough interest, I can try to extend the EventProp implementation to handle hidden layers / convolutions. If you'd like to extend it yourself, feel free to submit a pull request.