The mljar-supervised is an Automated Machine Learning Python package that works with tabular data. It is designed to save time for a data scientist. It abstracts the common way to preprocess the data, construct the machine learning models, and perform hyper-parameters tuning to find the best model :trophy:. It is no black-box as you can see exactly how the ML pipeline is constructed (with a detailed Markdown report for each ML model).

The mljar-supervised will help you with:

It has four built-in modes of work:

Of course, you can further customize the details of each mode to meet the requirements.

What's good in it? 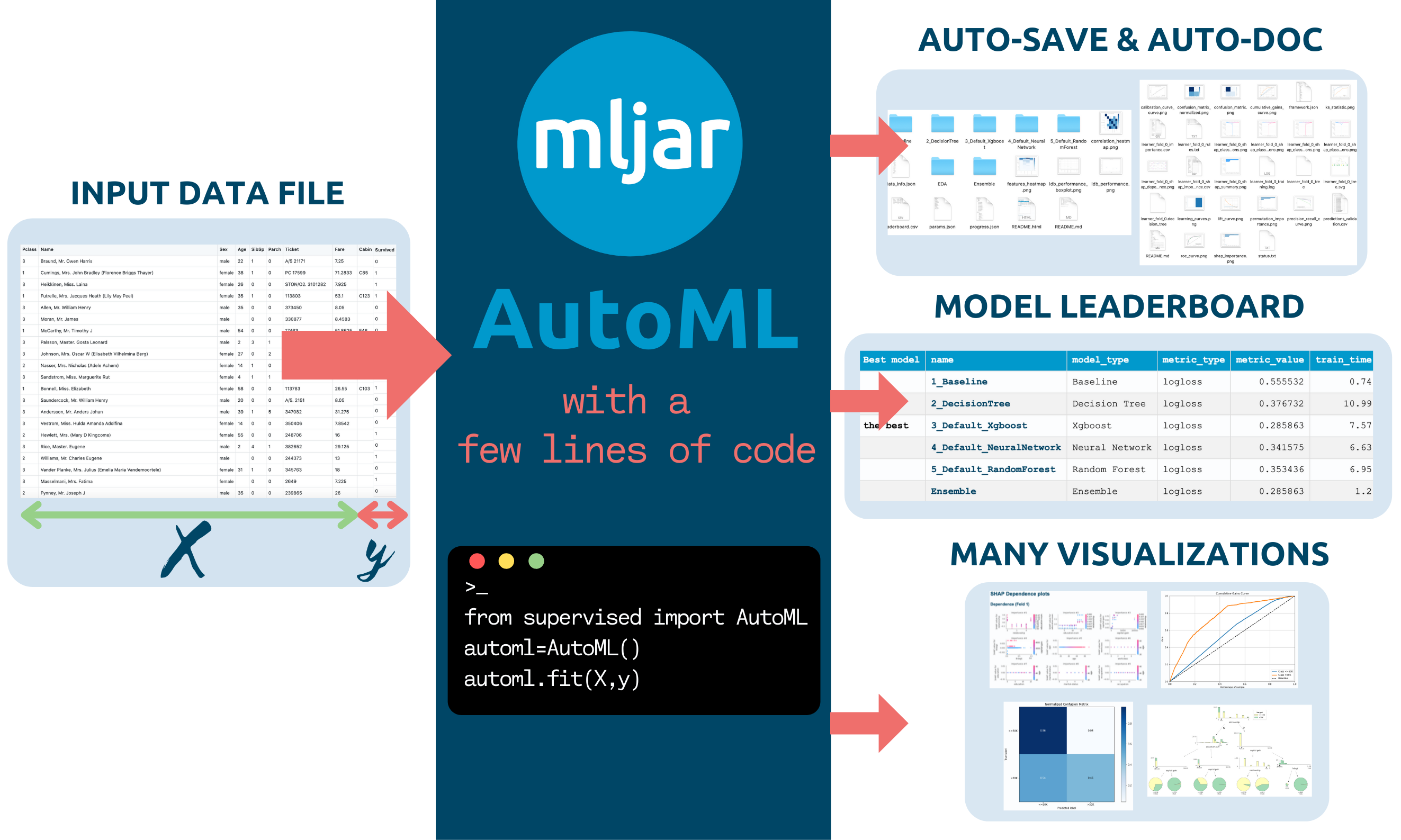 The report from running AutoML will contain the table with infomation about each model score and time needed to train the model. For each model there is a link, which you can click to see model's details. The performance of all ML models is presented as scatter and box plots so you can visually inspect which algorithms perform the best :trophy:.

The example for Decision Tree summary with trees visualization. For classification tasks additional metrics are provided:

The example for LightGBM summary:

In the docs you can find details about AutoML modes are presented in the table . 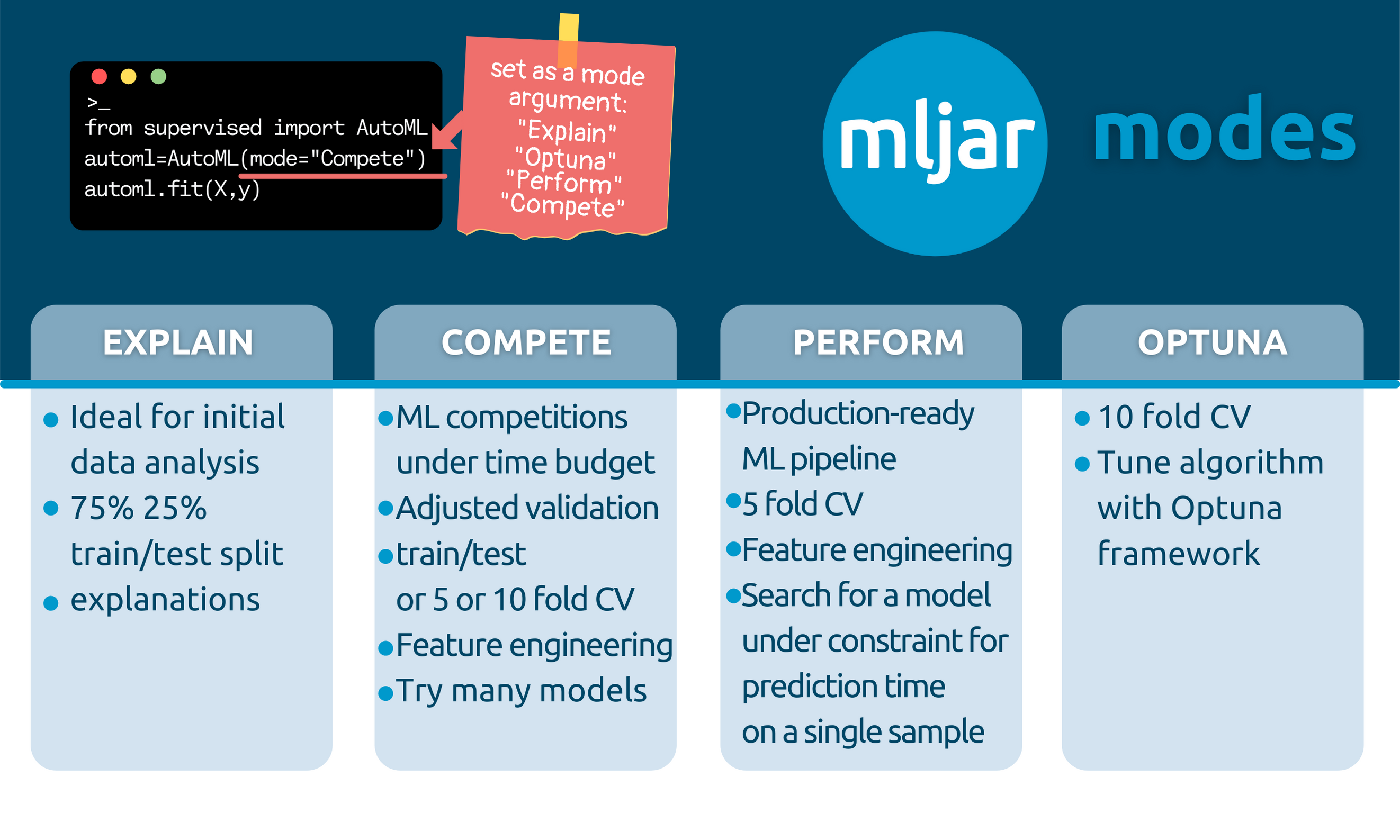 It is aimed to be used when the user wants to explain and understand the data.

It should be used when the user wants to train a model that will be used in real-life use cases.

It should be used for machine learning competitions.

It should be used when the performance is the most important and time is not limited.

How to save and load AutoML?

All models in the AutoML are saved and loaded automatically. No need to call save() or load().

You will have all models saved in the AutoML_classifier directory. Each model will have a separate directory with the README.md file with all details from the training.

The AutoML automatically loads models from the results_path directory. If you will call fit() on already trained AutoML then you will get a warning message that AutoML is already fitted.

Why do you automatically save all models?

All models are automatically saved to be able to restore the training after interruption. For example, you are training AutoML for 48 hours, and after 47 hours there is some unexpected interruption. In MLJAR AutoML you just call the same training code after the interruption and AutoML reloads already trained models and finish the training.

If you don't find eval_metric that you need, please add a new issue. We will add it.

There is a simple interface available with fit and predict methods.

The example code for classification of the optical recognition of handwritten digits dataset. Running this code in less than 30 minutes will result in test accuracy ~98%.

To install this package with conda run:

Running in the docker:

Install from GitHub with pip:

In the below demo GIF you will see:

To get started take a look at our Contribution Guide for information about our process and where you can fit in!

You can cite MLJAR as following:

Would love to hear from you how have you used MLJAR AutoML in your project.
Please feel free to let us know at