This is a twitter bot that randomly selects old photos from a data source and posts them, along with some metadata, to twitter. It runs entirely within GitHub via GitHub Actions and has no external dependencies except the Twitter API. 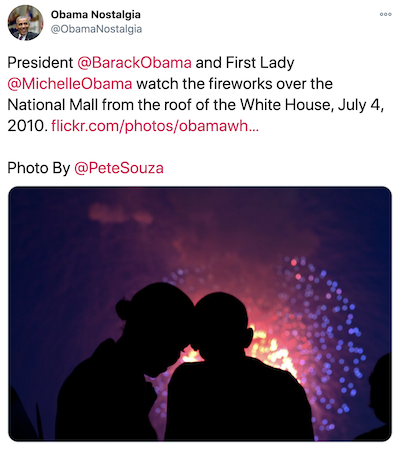 More details on the licensing of this content can be found in each individual content repo's DISCLAIMER file. Everything in those repos are either produced by employees of the United States Government (meaning they are in the public domain) or licensed under Creative Commons. I'm using them for a noncommercial purpose so it's presumed that this use is allowable. Please contact me if this is inaccurate and I'm happy to remove any photos from the content archives.

GitHub Actions are entirely free for public repositories. All of the data the bot fetches from is also stored in GitHub, either in a repository or as Gists. Running this code is entirely cost free. Additionally, I make no money from the bot.

The bot relies on three sources of data:

A bot that can play music on Telegram Group and Channel Voice Chats
13 September 2021
youtube-dl and ffmpeg Windows Explorer Integration
22 August 2021
Completely free and open-source human-like Instagram bot. Powered by UIAutomator2 and compatible with basically any Android device 4.4+ that can run Instagram - real or emulated.
25 June 2021