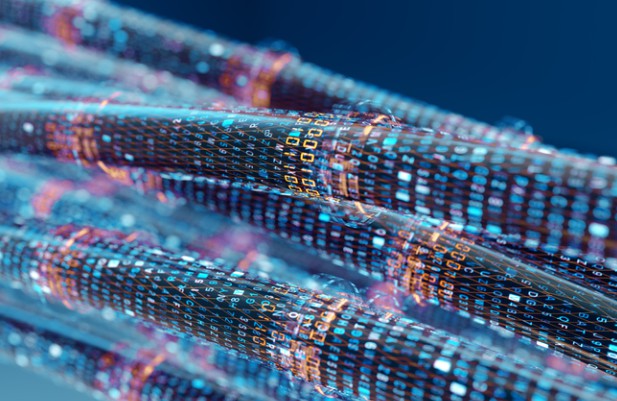 Build neat pipelines with the right abstractions to do AutoML. Let your pipeline steps have hyperparameter spaces. Enable checkpoints to cut duplicate calculations. Go from research to production environment easily.

One of Neuraxle's most important goals is to make powerful machine learning pipelines easy to build and deploy. Using Neuraxle should be light, painless and obvious, yet without sacrificing powerfulness, performance, nor possibilities.

For example, you can build a pipeline composed of multiple steps as such:

Visit the examples to get more a feeling of how it works, and inspiration.

Most research projects don't ever get to production. However, you want your project to be production-ready and already adaptable (clean) by the time you finish it. You also want things to be simple so that you can get started quickly.

Neuraxle is built as a framework that enables you to define your own pipeline steps.

This means that you can use scikit-learn, Keras, TensorFlow, PyTorch, Hyperopt, Ray and/or any other machine learning library you like within and throughout your Neuraxle pipelines.

Neuraxle offer multiple parallel processing features using joblib. Most parallel processing in Neuraxle happens in the pipeline and union modules, and as such, neuraxle can be easily parallelized on a cluster of computers using distributed as its joblib backend.

With the various abstractions that Neuraxle provides, it's easy to get started building a time-series processing project. Neuraxle is also the backbone of the Neuraxio Time Series project, which is a premium software package built on top of Neuraxle for business boost their time series machine learning projects by providing out-of-the-box specialized pipeline steps.

One of the core goal of this framework is to enable easy automatic machine learning, and also meta-learning. It should be easy to train a meta-optimizer on many different tasks: the optimizer is a model itself that maps features of datasets and features of the hyperparameter space to a guessed performance score to predict the best hyperparameters. Hyperparameter spaces are easily defined with a range, and are only coupled to their respective pipeline steps, rather than being coupled to the whole pipeline, which enable class reuse and more modularity.

Everything that works in sklearn is also useable in Neuraxle. Neuraxle is built in a way that does not replace what already exists. Therefore, Neuraxle adds more power to scikit-lean by providing neat abstractions, and neuraxle is even retrocompatible with sklean if it ever needed to be included in an already-existing sklearn pipeline (you can do that by using .tosklearn() on your Neuraxle pipeline). We believe that Neuraxle helps scikit-learn, and also scikit-learn will help Neuraxle. Neuraxle is best used with scikit-learn.

Also, the top core developers of scikit-learn, Andreas C. Müller, gave a talk in which he lists the elements that are yet to be done in scikit-learn. He refers to building bigger pipelines with automatic machine learning, meta learning, improving the abstractions of the search spaces, and he also points out that it would be possible do achieve that in another library which could reuse scikit-learn. Neuraxle is here to solve those problems that are actually shared by the open-source community in general. Let's move forward with Neuraxle: join Neuraxle's community.

Apache Beam is a big, multi-language project and hence is complicated. Neuraxle is pythonic and user-friendly: it's easy to get started.

spaCy has copyleft dependencies or may download copyleft content, and it is built only for Natural Language Processing (NLP) projects. Neuraxle is open to any kind of machine learning projects and isn't an NLP-first project.

Kubeflow is cloud-first, using Kubernetes and is more oriented towards devops. Neuraxle isn't built as a cloud-first solution and isn't tied to Kubernetes. Neuraxle instead offers many parallel processing features, such as the ability to be scaled on many cores of a computer, and even on a computer cluster (e.g.: in the cloud using any cloud provider) with joblib, using dask's distributed library as a joblib backend. A Neuraxle project is best deployed as a microservice within your software environment, and you can fully control and customize how you deploy your project (e.g.: coding yourself a pipeline step that does json conversion to accept http requests).

For technical questions, we recommend posting them on StackOverflow first with neuraxle in the tags (amongst probably python and machine-learning), and then opening an issue to link to your Stack Overflow question.

For suggestions, comments, and issues, don't hesitate to open an issue.

For contributors, we recommend using the PyCharm code editor and to let it manage the virtual environment, with the default code auto-formatter, and using pytest as a test runner. To contribute, first fork the project, then do your changes, and then open a pull request in the main repository. Please make your pull request(s) editable, such as for us to add you to the list of contributors if you didn't add the entry, for example. Ensure that all tests run before opening a pull request. You'll also agree that your contributions will be licensed under the Apache 2.0 License, which is required for everyone to be able to use your open-source contributions.

This project is intended to showcase the usage of a Keras multi-output model to predict age, gender and ethnicity from a given persons face.

MovingPandas implements a Trajectory class and corresponding methods based on GeoPandas.