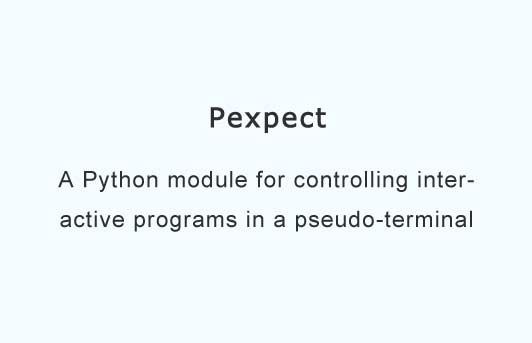 A Python module for controlling interactive programs in a pseudo-terminal

Pexpect makes Python a better tool for controlling other applications.

Pexpect is a pure Python module for spawning child applications; controlling them; and responding to expected patterns in their output. Pexpect works like Don Libes' Expect. Pexpect allows your script to spawn a child application and control it as if a human were typing commands.

The main features of Pexpect require the pty module in the Python standard library, which is only available on Unix-like systems. Some features—waiting for patterns from file descriptors or subprocesses—are also available on Windows.

Free, open source, and all that good stuff.

You can install Pexpect using pip:

GEPP takes your app and Dockerize it, sets up a Kubernetes cluster and runs your app in it, configure K8s resources and produce Terraform file for Azure deployments, and more!

Cross-platform lib for process and system monitoring in Python.

Honcho is a Python port of Foreman, a tool for managing Procfile-based applications.