Now supports the more efficient DenseNet-BC (DenseNet-Bottleneck-Compressed) networks. Using the DenseNet-BC-190-40 model, it obtaines state of the art performance on CIFAR-10 and CIFAR-100

DenseNet is an extention to Wide Residual Networks. According to the paper:

It features several improvements such as :

The Bottleneck - Compressed DenseNets offer further performance benefits, such as reduced number of parameters, with similar or better performance.

Dense Nets have an architecture which can be shown in the following image from the paper: 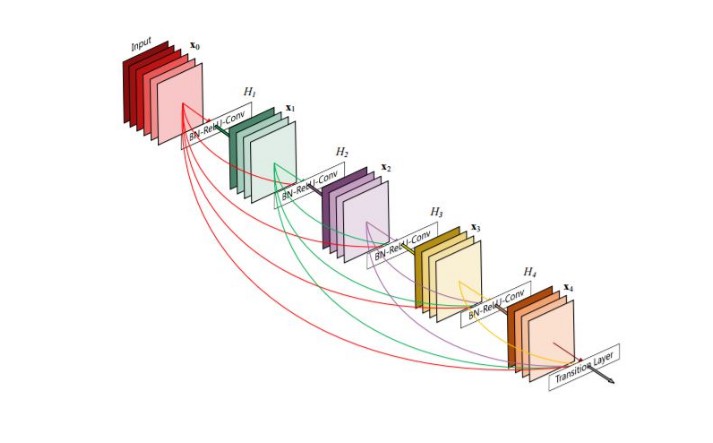 The accuracy of DenseNet has been provided in the paper, beating all previous benchmarks in CIFAR 10, CIFAR 100 and SVHN

Import the densenet.py script and use the DenseNet(...) method to create a custom DenseNet model with a variety of parameters.

Or, Import a pre-built DenseNet model for ImageNet, with some of these models having pre-trained weights (121, 161 and 169).

Weights for the DenseNetImageNet121, DenseNetImageNet161 and DenseNetImageNet169 models are provided (in the release tab) and will be automatically downloaded when first called. They have been trained on ImageNet. The weights were ported from the repository https://github.com/flyyufelix/DenseNet-Keras.