GEF (pronounced ʤɛf - "Jeff") is a set of commands for x86/64, ARM, MIPS, PowerPC and SPARC to assist exploit developers and reverse-engineers when using old school GDB. It provides additional features to GDB using the Python API to assist during the process of dynamic analysis and exploit development. Application developers will also benefit from it, as GEF lifts a great part of regular GDB obscurity, avoiding repeating traditional commands, or bringing out the relevant information from the debugging runtime.

Simply make sure you have GDB 7.7 or higher compiled with Python3 bindings, then:

Note: to fetch the latest of GEF (i.e. from the dev branch), simply replace in the URL to http://gef.blah.cat/dev.

You can immediately see that GEF is correctly installed by launching GDB:

Note: As of January 2020, GEF doesn't officially support Python 2 any longer, due to Python 2 becoming officially deprecated.
If you really need GDB+Python2, use gef-legacy instead.

All those channels are bridged together via MatterBridge. Even if you don't see people in one specific channel (say Slack), members on other channels (say IRC) will still receive your questions/remarks so feel free to chat! There's always people around! 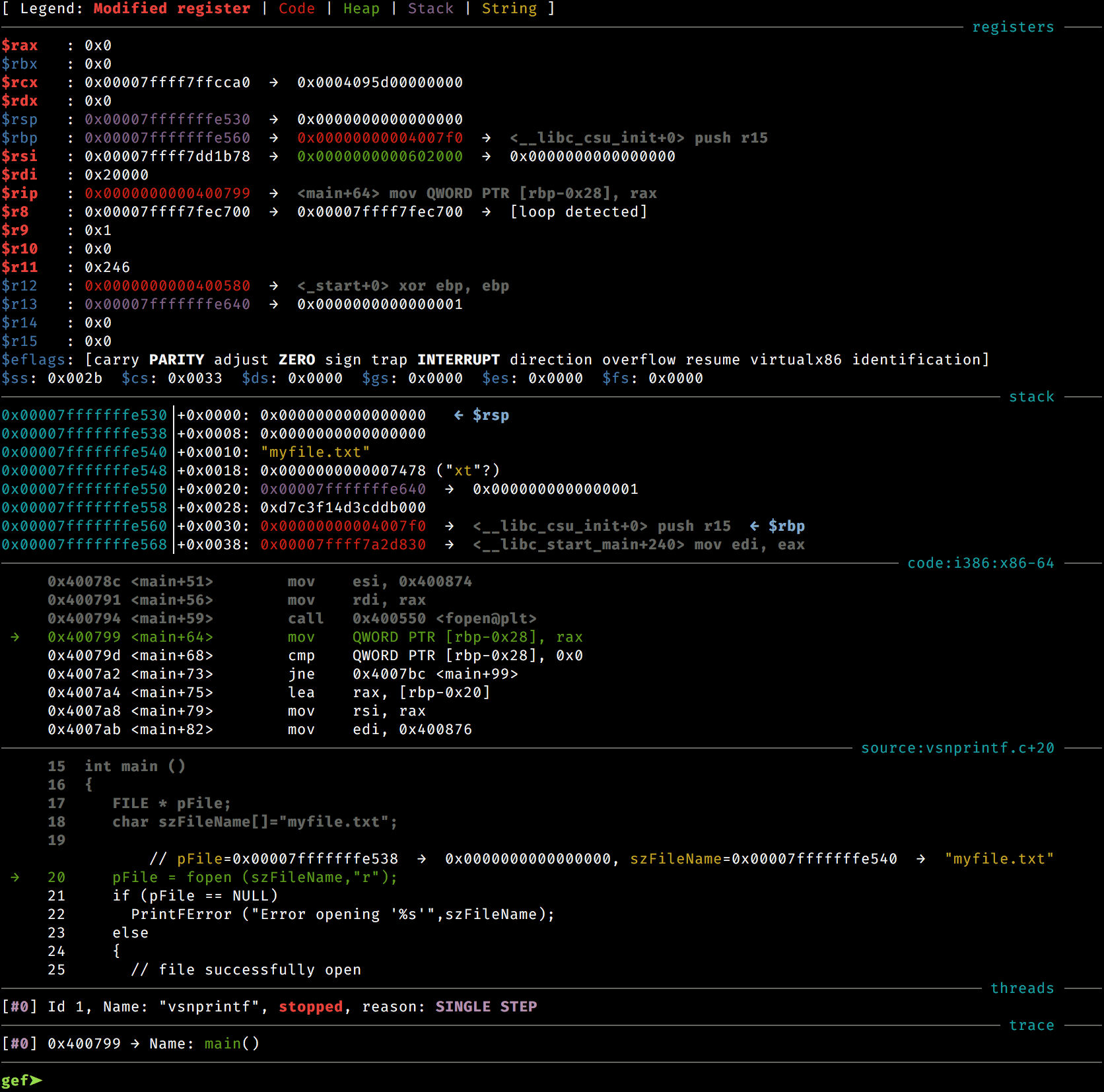 A few of GEF features include: