Docker makes it easier, simpler and safer to build, deploy and manage applications in a docker container.
This article will help you get a detailed understanding of;

Docker is an open source containerization platform for developing, shipping and running applications.

Docker packages software into standardized units called containers. Containers have everything the software needs to run including libraries, system tools, code, and runtime.

More about what docker is

Image is a read-only template with instruction for creating containers.
Docker images can be considered as the blueprint of the entire application environment that you create.

First I created a simple Flask application and added the following code to app.py.

Check how to create a simple flask application

Add the following code to index.html

Now we need to dockerize the flask application by creating a Dockerfile
Dockerfileis a text document that contains all the commands a user could call on the command line to assemble an image.

Add the following code to docker;

We can now build our image with the docker build command as shown below; 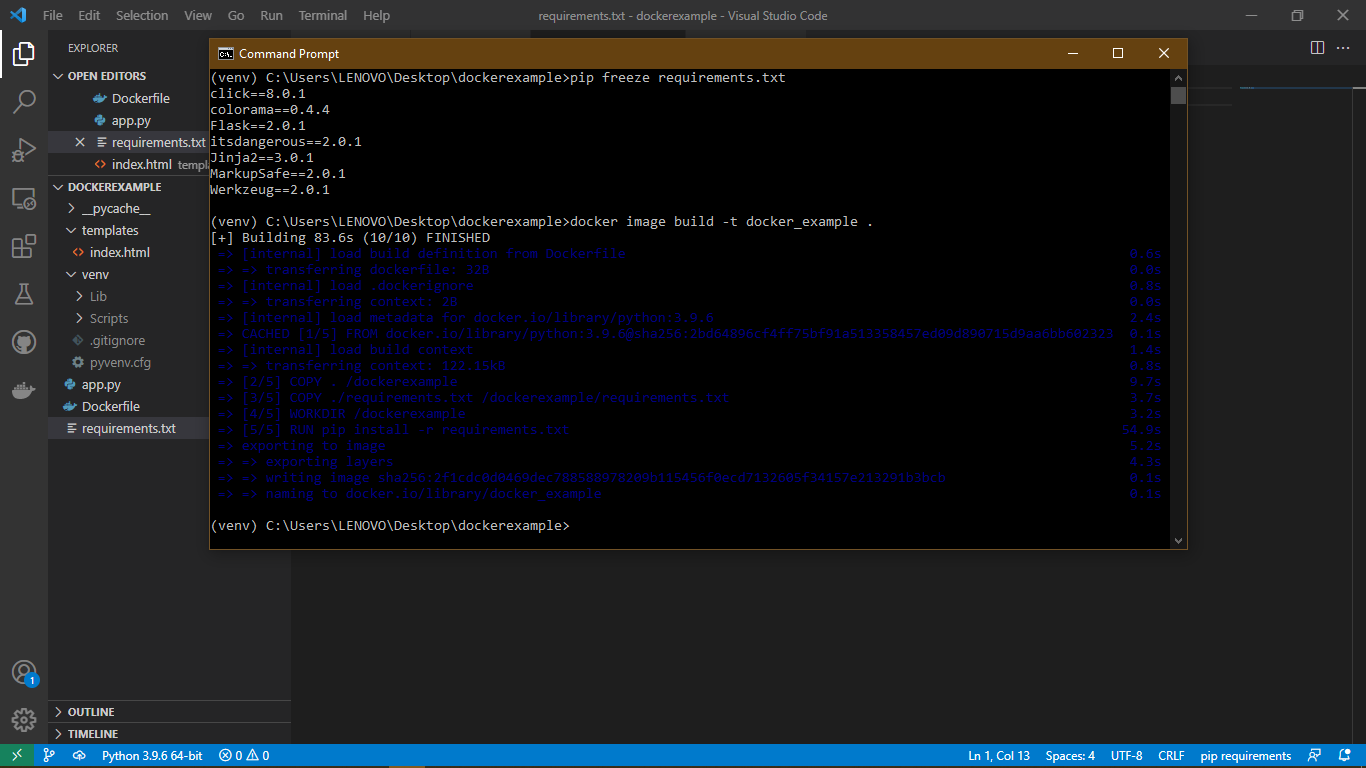 Once the build process is done, we can run the application with the docker run command as shown below; 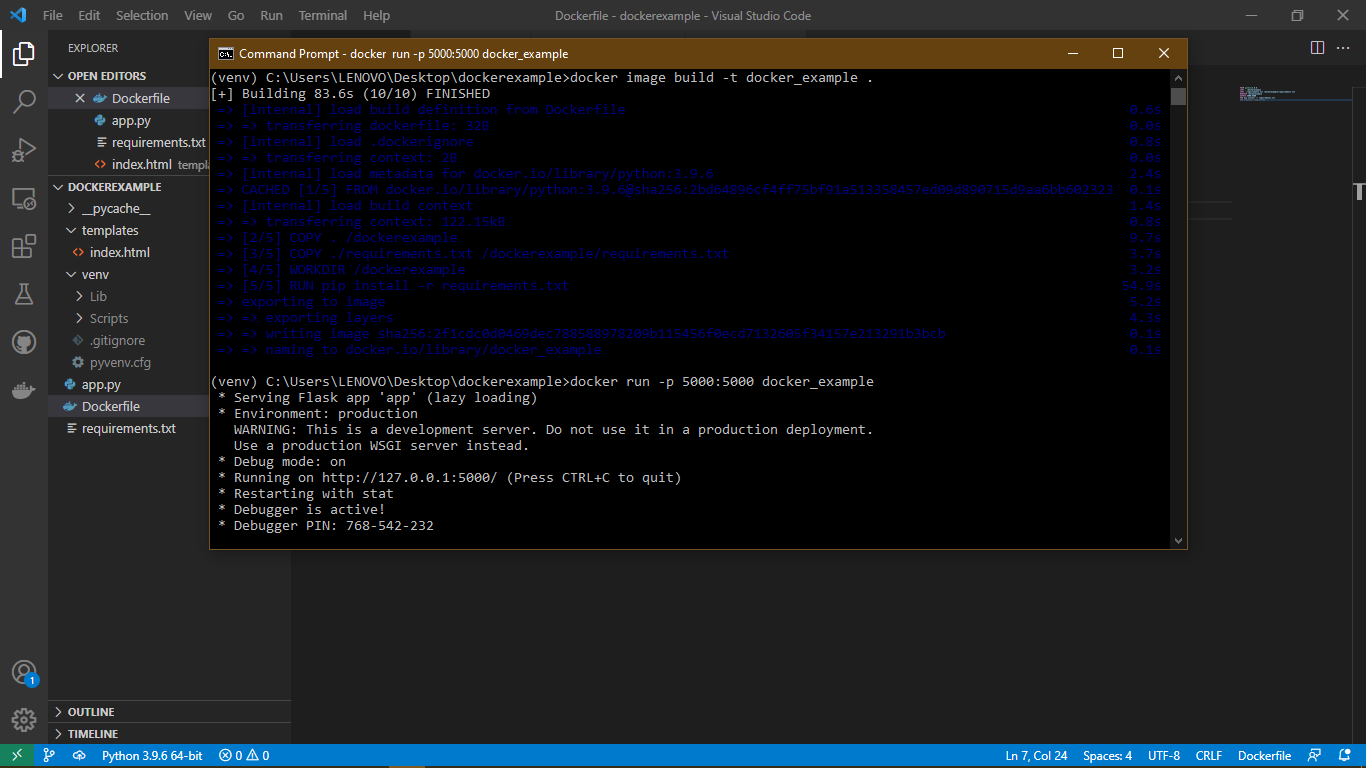