This repo shows how to implement and use the pix2pix GAN model for image to image translation. The model is demonstrated on satellite images, and the purpose is to convert the sattelite images to map images.

The pix2pix model is composed from a generator and discriminator. The purpose of the generator is to convert the original image to a new image that is similar to target image – in our case convert a sattelite image to a street maps image. The Discriminator goal is to detect which of the images are a generated images and which of them are actually the target images. In that way, the generator and discriminator are competing each other, result in a model that learnes the mathematical mapping of the input sattelite images to the street view images.

The input image is inserted into a the generator, which is made from a Unet convolution model. The Unet model is composed of encoder and decoder with a skips connection between them. The Unet architecture is describe in the following image: 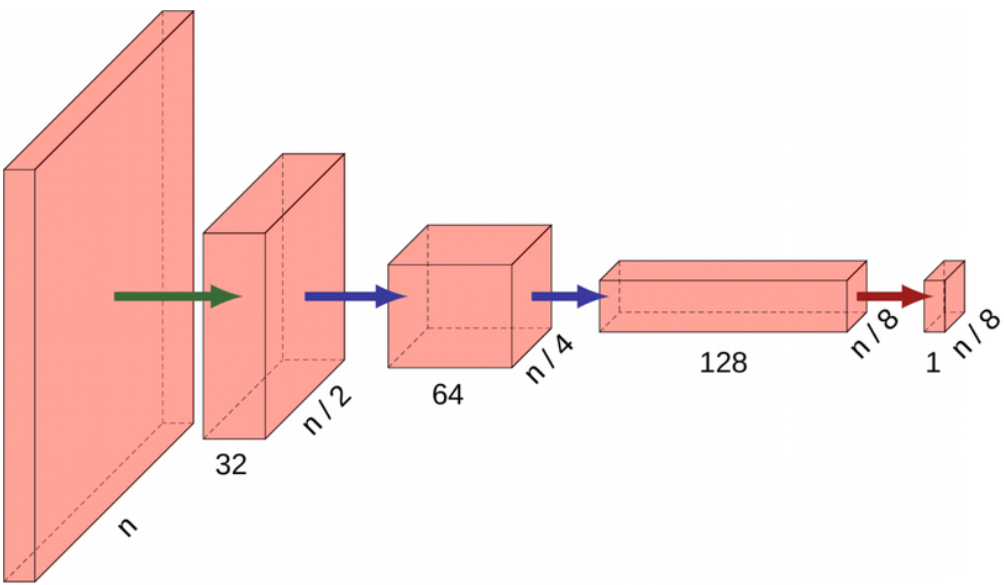 Then Generator loss is responsible to “fool” the discriminator and will try make it predict the generated image is real, and in the other hand it will also want to let the output image to be close to the target image. Therefore, the first part of the loss will be a Binary Crossentropy loss of the discriminator output for the generated images, together with labels of 1. This part will be responsiple for “tricking” the discriminator. The other part will be L1 loss – it will make the output to be symilar to the targets.

The dataset contains combined images of the sattelite images and it’s correconponded street maps images. We will split this images to two images – the input images (the sattelite image) and target images (the street maps images). We will load the images to a pytorch DataLoader to make the training more efficient. This is how random input and target image looks like: 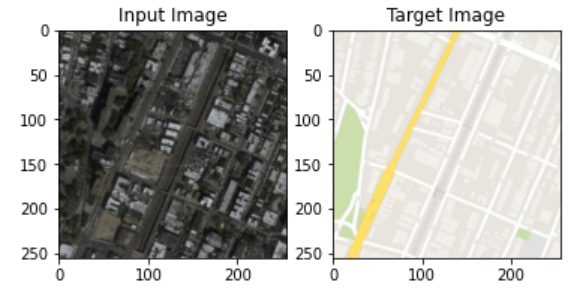 We will inset the data into the models and run the training loop.

After 100 epochs, we get a result that is very similar to the target images. All the following example are taken from the test dataset, which the model wasn’t train on.

Here are some of the results: 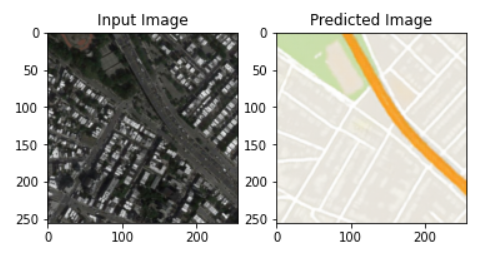 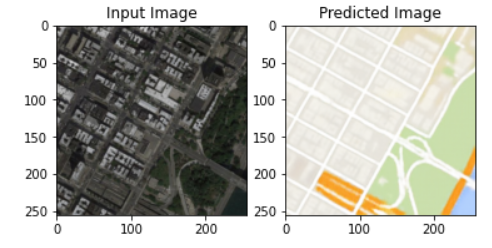 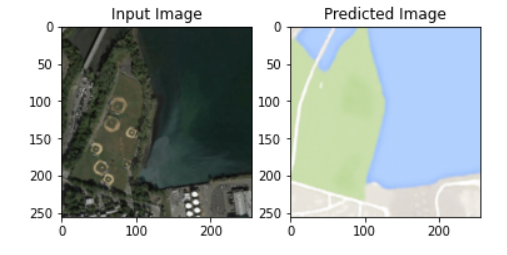 Fast batch image resizer and rotator for JPEG and PNG images
01 October 2021
Add styles from famous paintings to any photo in a fraction of a second
20 September 2021
Vector AI : A platform for building vector based applications
21 October 2021