Augmentor is an image augmentation library in Python for machine learning. It aims to be a standalone library that is platform and framework independent, which is more convenient, allows for finer grained control over augmentation, and implements the most real-world relevant augmentation techniques. It employs a stochastic approach using building blocks that allow for operations to be pieced together in a pipeline.

Augmentor is written in Python. A Julia version of the package is also being developed as a sister project and is available here.

See the documentation for building from source. To upgrade from a previous version, use pip install Augmentor --upgrade.

Complete documentation can be found on Read the Docs: http://augmentor.readthedocs.io/

The purpose of Augmentor is to automate image augmentation (artificial data generation) in order to expand datasets as input for machine learning algorithms, especially neural networks and deep learning.

To begin, instantiate a Pipeline object that points to a directory on your file system:

You can then add operations to the Pipeline object p as follows:

Every function requires you to specify a probability, which is used to decide if an operation is applied to an image as it is passed through the augmentation pipeline.

Once you have created a pipeline, you can sample from it like so:

which will generate 10,000 augmented images based on your specifications. By default these will be written to the disk in a directory named output relative to the path specified when initialising the p pipeline object above.

If you wish to process each image in the pipeline exactly once, use process():

This function might be useful for resizing a dataset for example. It would make sense to create a pipeline where all of its operations have their probability set to 1 when using the process() method.

This may slow down some pipelines if the original images are very small. Set multi_threaded to False if slowdown is experienced:

However, by default the sample() function uses multi-threading. This is currently only implemented when saving to disk. Generators will use multi-threading in the next version update.

Images can be passed through the pipeline in groups of two or more so that ground truth data can be identically augmented.

To augment ground truth data in parallel to any original data, add a ground truth directory to a pipeline using the ground_truth() function:

Using the DataPipeline class (Augmentor version >= 0.2.3), images that have multiple associated masks can be augmented:

Arbitrarily long lists of images can be passed through the pipeline in groups and augmented identically using the DataPipeline class. This is useful for ground truth images that have several masks, for example.

The DataPipeline returns images directly (augmented_images above), and does not save them to disk, nor does it read data from the disk. Images are passed directly to DataPipeline during initialisation.

For details of the images data structure and how to create it, see the Multiple-Mask-Augmentation.ipynb Jupyter notebook.

Generators for Keras and PyTorch

If you do not wish to save to disk, you can use a generator (in this case with Keras):

which returns a batch of images of size 128 and their corresponding labels. Generators return data indefinitely, and can be used to train neural networks with augmented data on the fly.

Alternatively, you can integrate it with PyTorch:

Using elastic distortions, one image can be used to generate many images that are real-world feasible and label preserving:

The input image has a 1 pixel black border to emphasise that you are getting distortions without changing the size or aspect ratio of the original image, and without any black/transparent padding around the newly generated images.

The functionality can be more clearly seen here:

There are a total of 12 different types of perspective transform available. Four of the most common are shown below.

The remaining eight types of transform are as follows:

Rotations by default preserve the file size of the original images:

Compared to rotations by other software:

Shearing will also automatically crop the correct area from the sheared image, so that you have an image with no black space or padding.

Compare this to how this is normally done:

Cropping can also be handled in a manner more suitable for machine learning image augmentation:

Random Erasing is a technique used to make models robust to occlusion. This may be useful for training neural networks used in object detection in navigation scenarios, for example.

See the Pipeline.random_erasing() documentation for usage.

Chaining Operations in a Pipeline

With only a few operations, a single image can be augmented to produce large numbers of new, label-preserving samples:

Augmentor can be used as a replacement for Keras' augmentation functionality. Augmentor can create a generator which produces augmented data indefinitely, according to the pipeline you have defined. See the following notebooks for details:

Augmentor allows for pipelines to be defined per class. That is, you can define different augmentation strategies on a class-by-class basis for a given classification problem.

See an example of this in the following Jupyter notebook: Per_Class_Augmentation_Strategy.ipynb

Let's perform an augmentation task on a single image, demonstrating the pipeline and several features of Augmentor.

First import the package and initialise a Pipeline object by pointing it to a directory containing your images:

Now you can begin adding operations to the pipeline object:

Once you have added the operations you require, you can sample images from this pipeline:

The augmented images may be useful for a boundary detection task, for example.

Augmentor is made available under the terms of the MIT Licence. See Licence.md.

[1] Checkerboard image obtained from Wikimedia Commons and is in the public domain: https://commons.wikimedia.org/wiki/File:Checkerboard_pattern.svg

[2] Street view image is in the public domain: http://stokpic.com/project/italian-city-street-with-shoppers/

You can use urllib to obtain the skin lesion image in order to reproduce the augmented images above:

To run the automated tests, clone the repository and run:

from the command line. To view the CI tests that are run after each commit, see https://travis-ci.org/mdbloice/Augmentor.

If you find this package useful and wish to cite it, you can use

Click the preview below to view a video demonstration of Augmentor in use: 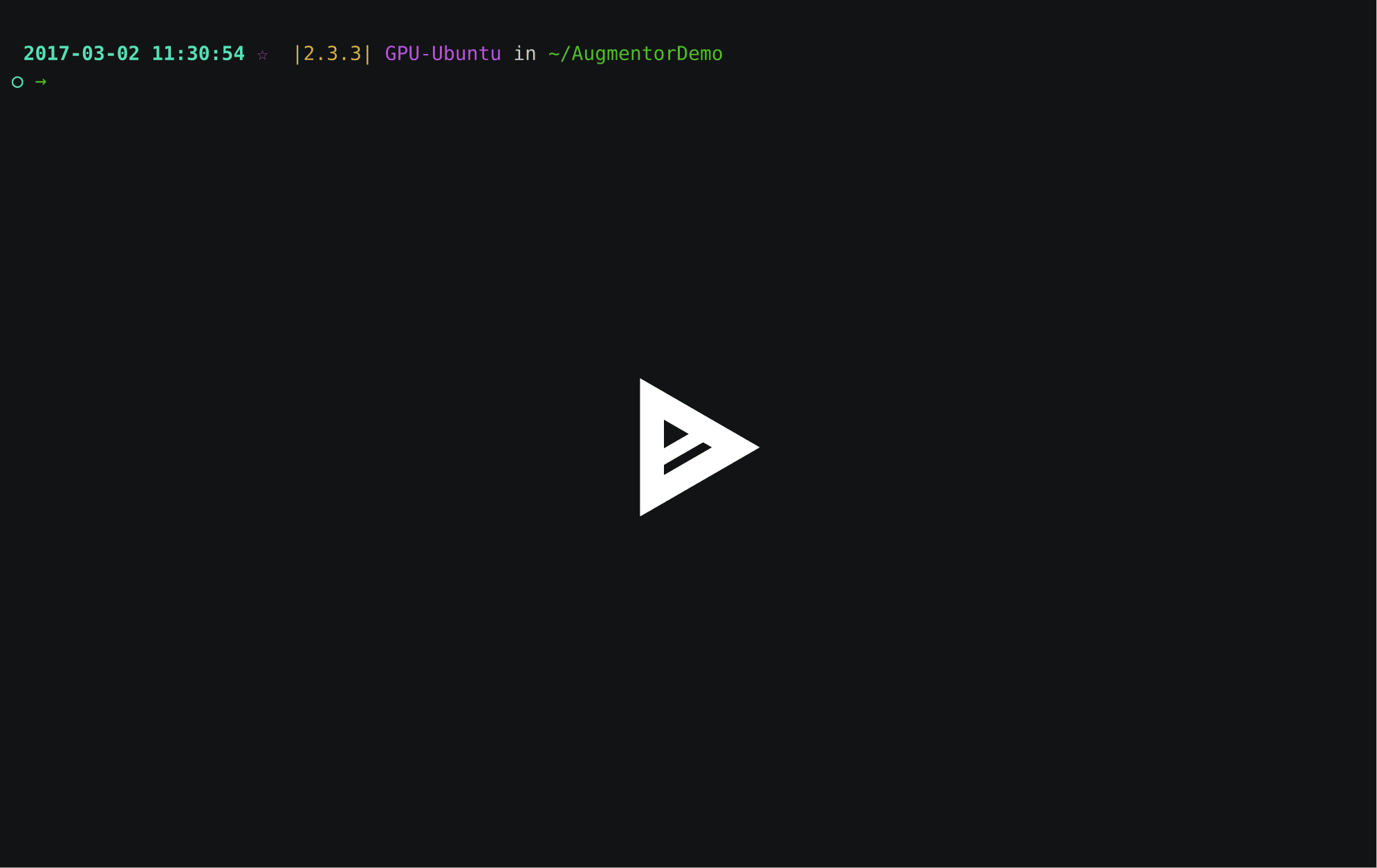