Implementation of the famous puzle “Tower of Hanoi”. The setup consists of three pegs (sticks) and a certain amount of discs (in this implementation there can be a maximum of 6 discs). The discs have different sizes, and are placed on top of each other sorted from the biggest to the smallest. 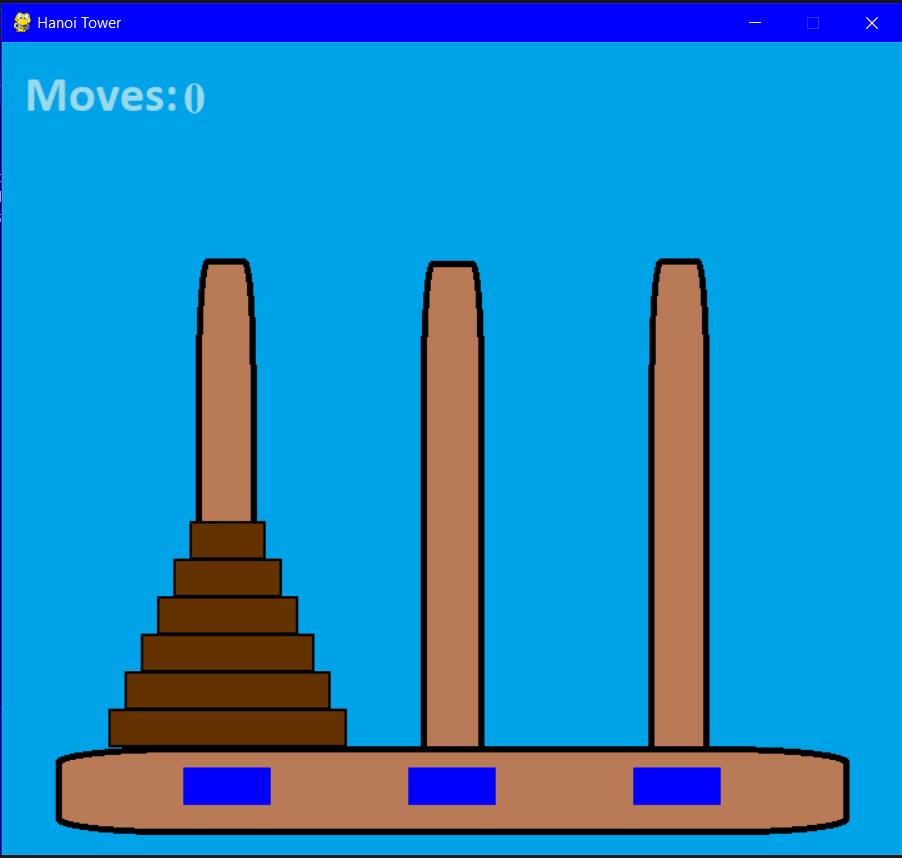 Move all the discs from the first peg to the third. Additionally you can try to win in less moves as possible. The number of moves is shown at the top left corner of the screen. 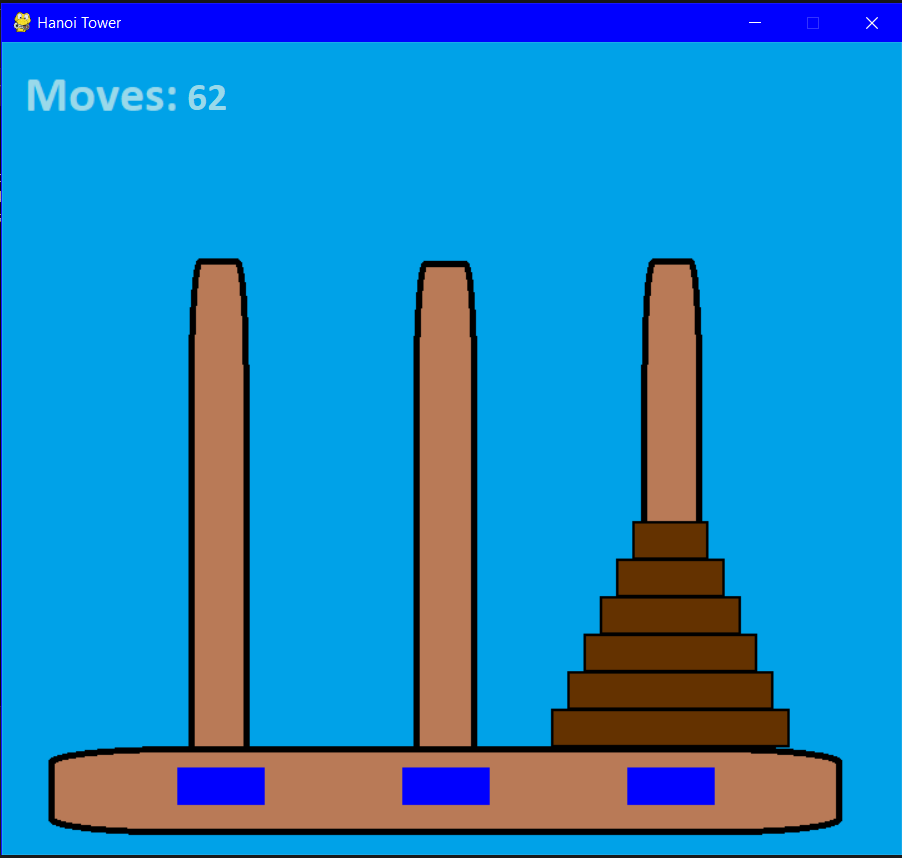 1- Press the blue button under the peg on which the disc you want to move is on (this will make it light up);

2- Press the blue button under the peg where you want to place the disc;

Example of an ongoing match 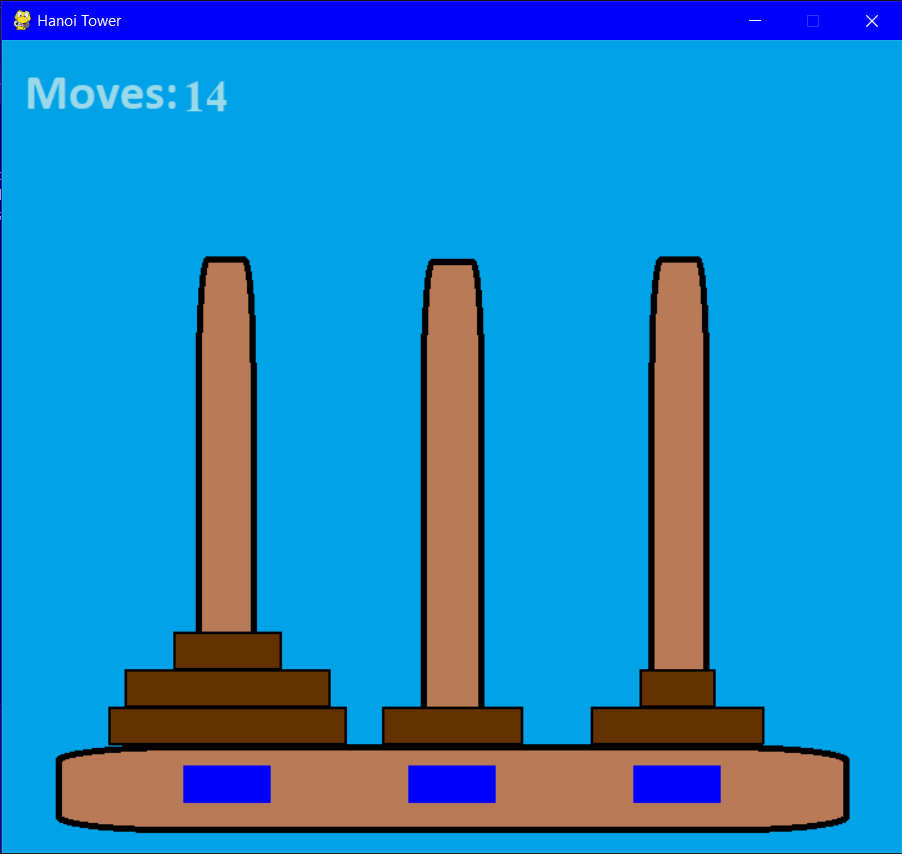