In this project, we program the inverse kinematic algorithm for a robot, which will move its joints so that it follows a desired path with the end-effector.

It is composed of two parts: 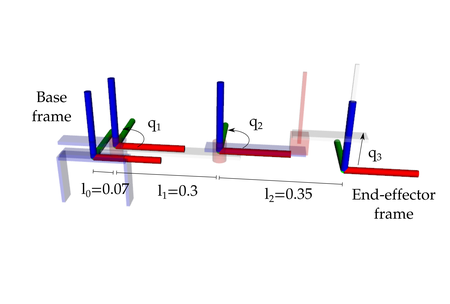 This robot has a kinematics structure much more complex than the scara, therefore it is not feasible to obtain an analytic solution for the inverse kinematics problem. The inputs to this function are:

The output of this function is a vector q containing the 7 joint values that give the desired pose of the end-effector. 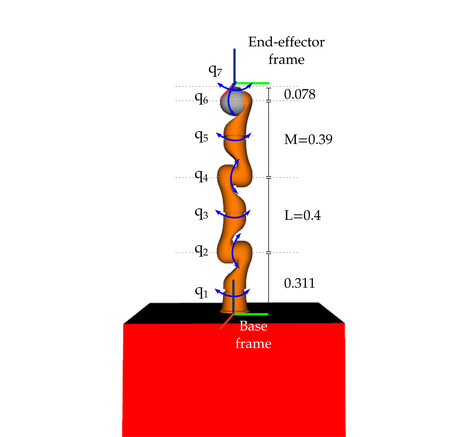 This is the DH table of the kuka robot, with the depicted frames:

The DH table follows this convention:

The frame transformation can be found as: