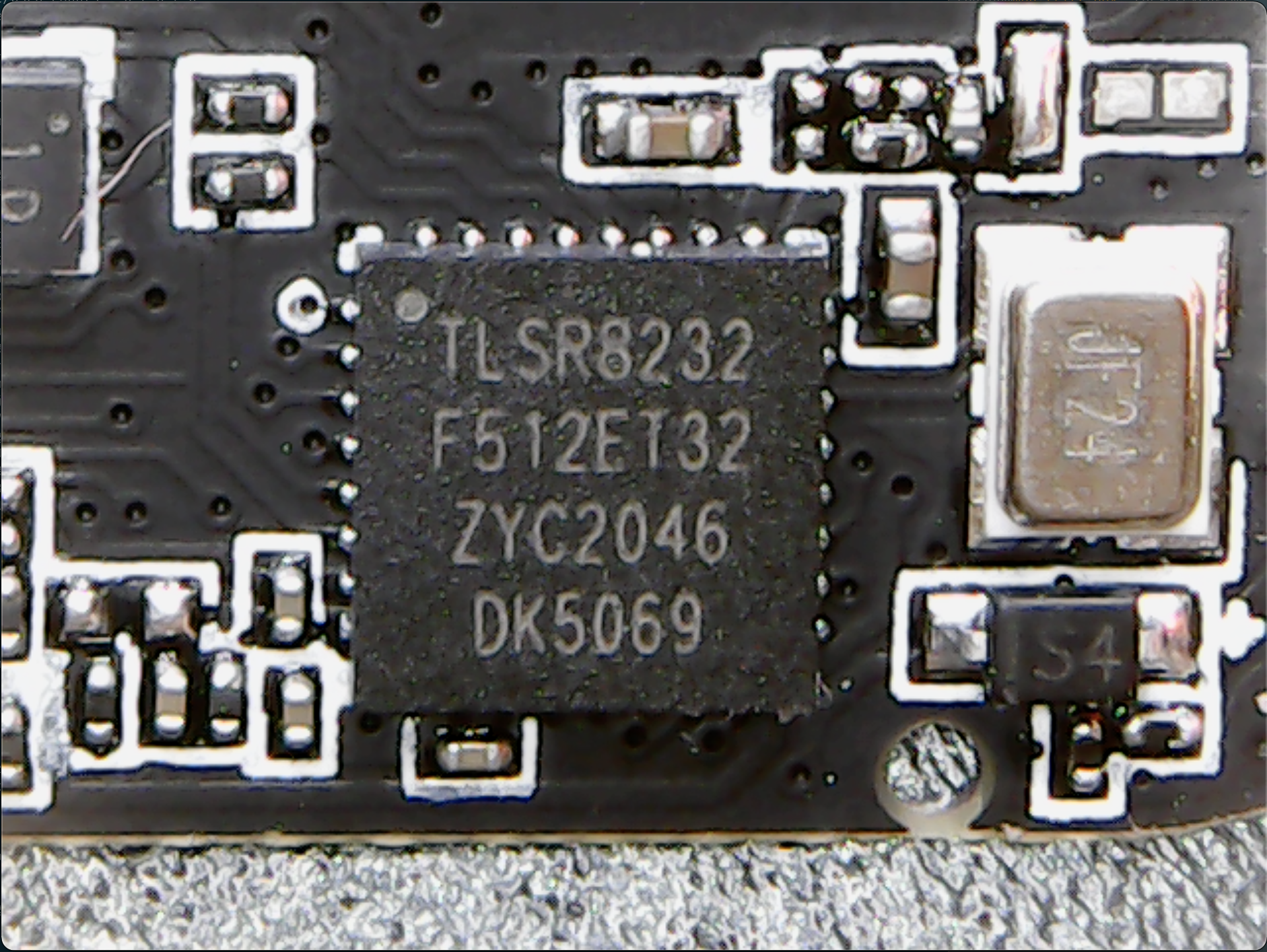 The Telink TLSR82xx series SoCs are debugged and programmed using the closed SWS (Single Wire Slave, or SWire) protocol. pvvx did a fantastic job reverse engineering this protocol and creating an alternative programmer based on the STM32 Blue Pill board. The TlsrTools project contains both the STM32 software (SWireSTM32) and a Windows GUI application for controlling the STM32 board.

The TlsrTools project was developed for the TLSR826x. I originally introduced changes to this project, but later I realized our TLSR8232 chip uses the same SWS protocol. This means we can simply flash this precompiled binary to our STM32 and use it as the middleman for debugging the M6.

I did not use the Windows GUI application, and instead wrote my own Python script (tlrs82-debugger-client.py) that connects to and controlls the STM32 via USB. The commands and timings are tailored for the TLSR8232 SoC, but should be easily adaptable for other TLSR82xx chips.

Register 0x007e is a special register in the TLSR that contains the chip identification. This is a good way to verify that everything is working as expected.