This is a simple command language developed for the “home assistant” Maia living in my apartment. She’s designed as a collection of microservices with services for lights (Hue), switches (WeMo), and info such as weather and market prices.

A command consists of a “service”, a “method”, and some number of arguments.

These can be represented with variable placeholders:

We can imagine a bunch of human sentences that would map to a single command:

Which could similarly be represented with placeholders.

A shortcoming of the approach so far is that the model has to learn translations of specific values, for example mapping all of the device names to their equivalent device_name. If we added a “basement light” the model would have no basement_light in the output vocabulary unless it was re-trained.

The bigger the potential input space, the more obvious the problem – consider the getWeather command, where the model would need to be trained with every possible location we might ask about. Worse yet, consider a playMusic command that could take any song or artist name…

This can be solved with a technique which I have . The training pairs have “variable placeholders” in the output translation, which the model generates during an intial pass. Then the network fills in the values of these placeholders with an additional pass over the input. 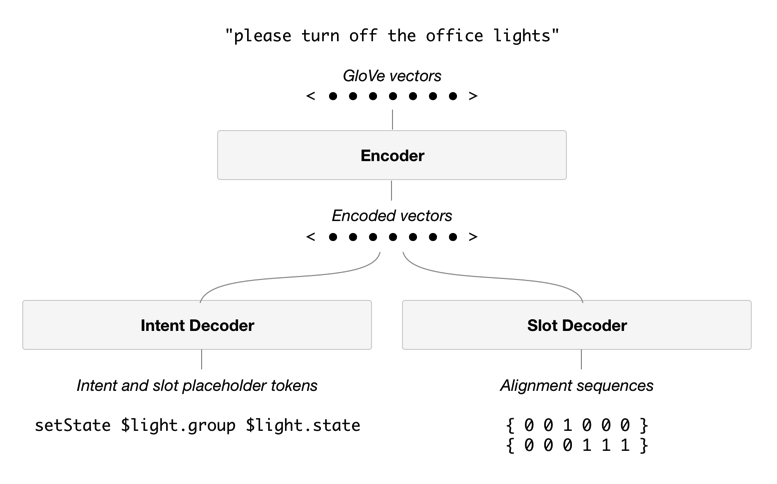