Originally designed after this paper on volumetric segmentation with a 3D U-Net. The code was written to be trained using the BRATS data set for brain tumors, but it can be easily modified to be used in other 3D applications.

(nipype is required for preprocessing only)

cd into the brats subdirectory:

Import the conversion function and run the preprocessing:

If you run out of memory during training: try setting
config['patch_shape`] = (64, 64, 64) for starters.
Also, read the "Configuration" notes at the bottom of this page.

In the training above, part of the data was held out for validation purposes.
To write the predicted label maps to file:

The predictions will be written in the prediction folder along with the input data and ground truth labels for
comparison. 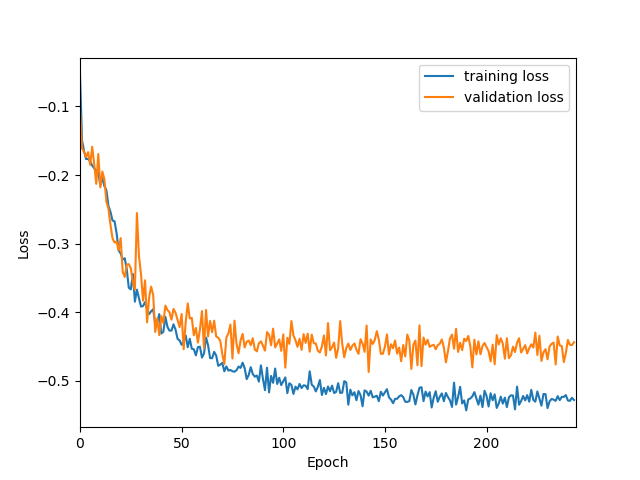 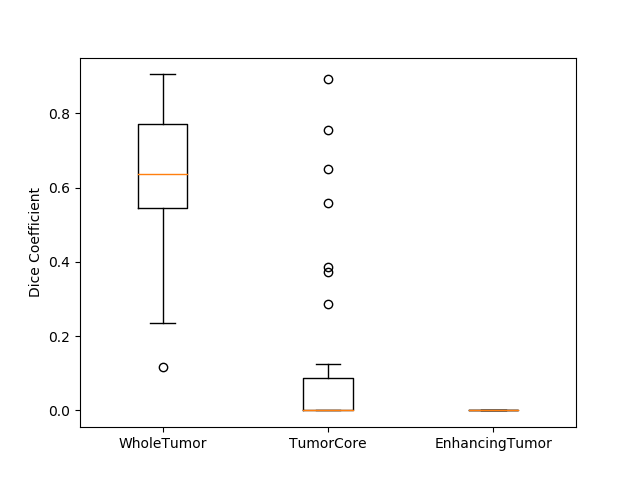 In the box plot above, the 'whole tumor' area is any labeled area. The 'tumor core' area corresponds to the combination
of labels 1 and 4. The 'enhancing tumor' area corresponds to the 4 label. This is how the BRATS competition is scored.
The both the loss graph and the box plot were created by running the
evaluate.py script in the 'brats'
folder after training has been completed.

on page 100. This architecture employs a number of changes to the basic UNet including an
equally weighted dice coefficient,
residual weights,
and deep supervision.
This network was trained using the whole images rather than patches.
As the results below show, this network performed much better than the original UNet. 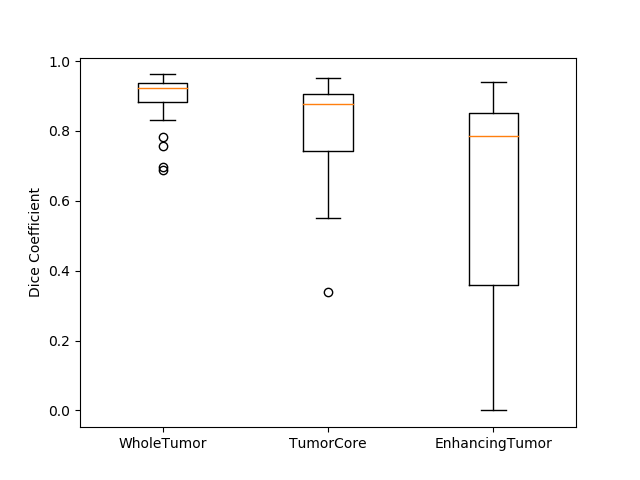 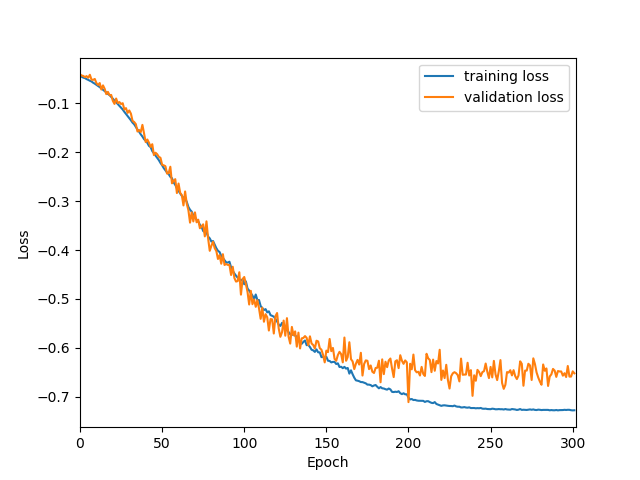 Changing the configuration dictionary in the train.py or the
train_isensee2017.py scripts, makes it easy to test out different model and
training configurations.
I would recommend trying out the Isensee et al. model first and then modifying the parameters until you have satisfactory
results.
If you are running out of memory, try training using (64, 64, 64) shaped patches.
Reducing the "batch_size" and "validation_batch_size" parameters will also reduce the amount of memory required for
training as smaller batch sizes feed smaller chunks of data to the CNN.
If the batch size is reduced down to 1 and it still you are still running
out of memory, you could also try changing the patch size to (32, 32, 32).
Keep in mind, though, that a smaller patch sizes may not perform as well as larger patch sizes.

Using this code on other 3D datasets

If you want to train a 3D UNet on a different set of data, you can copy either the train.py or the
train_isensee2017.py scripts and modify them to
read in your data rather than the preprocessed BRATS data that they are currently setup to train on.