The basic entity in MADT is a laboratory, a model of simulated network.
To start a model MADT uses a minimal amount of information about virtual network structure and launch procedure of distributed application.
This set of information also can be referred to as a model. MADT stores this information in the JSON-serialized file, lab.json.

The simulated network is represented by graph. Nodes of this graph can be server, client, or router.
You can combine part of the network (a set of nodes) into a subnet and define rules for such subnet as well as configure the whole network. 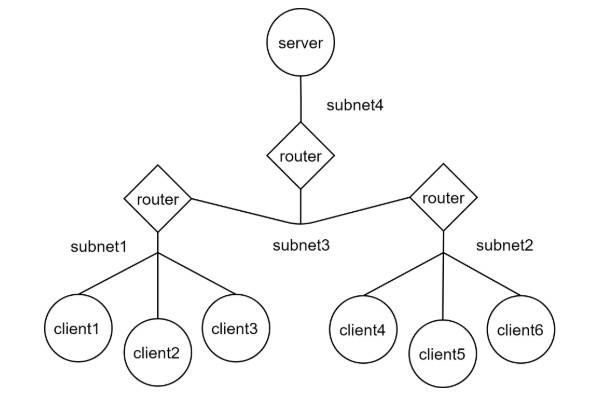 How to define the model

We use madt_lib Python API to configure a model. It provides four classes for defining a network model:

How to check the model

MADT provides a monitoring system that allows you to send messages from the model nodes and display them in real-time in the web interface.
To get the monitoring page, go to container page and then push "open graph" button. 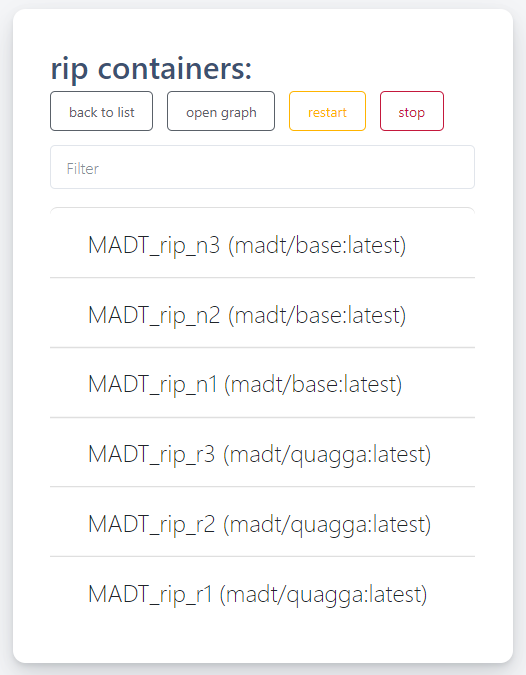 You can check the state of nodes which is shown via color schema and logs in lower logger window. 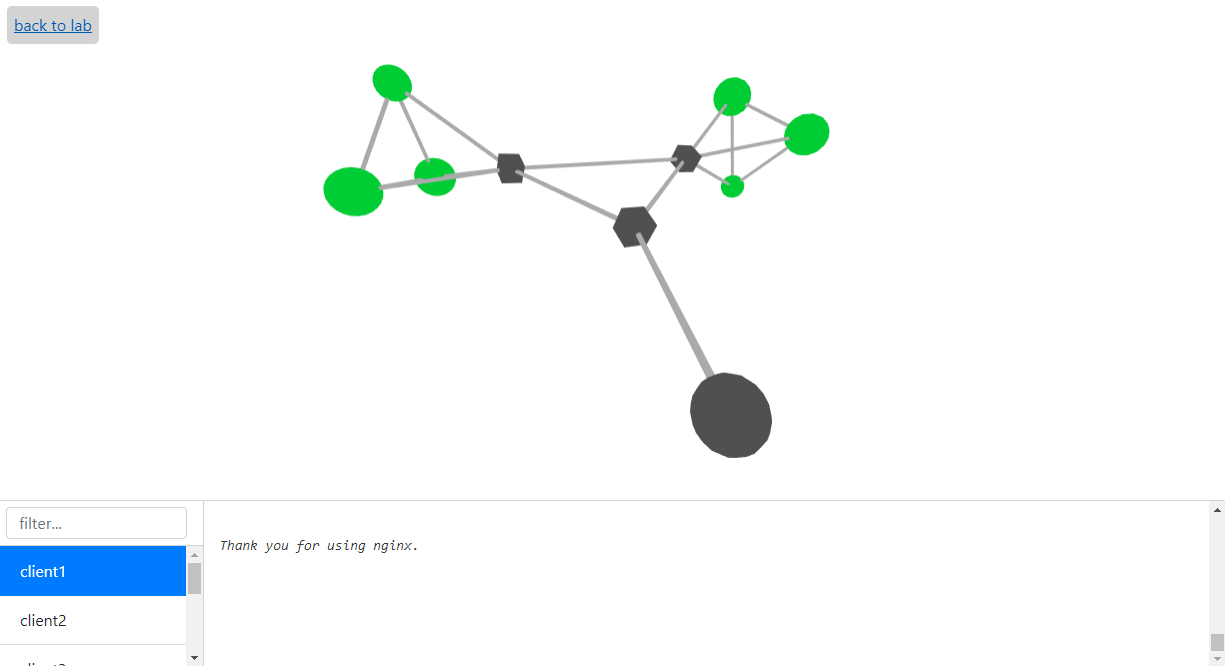 Cubic nodes of the graph represent routers and round ones - all the other nodes of the model. Color of node corresponds to its status and it can be one of the following:

User have to define the meaning of status codes himself and set the new value of this code with send() function.

Gray nodes are inactive. Blue nodes are that ones which were active earlier.

How to test your application

For now, same as before.

Since tinc daemons on hosts must connect to the server somehow, we're publishing wide range of
ports for server's tinc daemon to use. Port publication must map the to the same ports on host.
However, it's possible to change port range used by changling PORT_RANGE variable in cluster
runtime.

Note that before starting host you must make sure that both docker and ssh port are vacant on server.
MADT_UI_PORT and MADT_FRPC_PORT correspond to published 80 and 7000 port of the server.