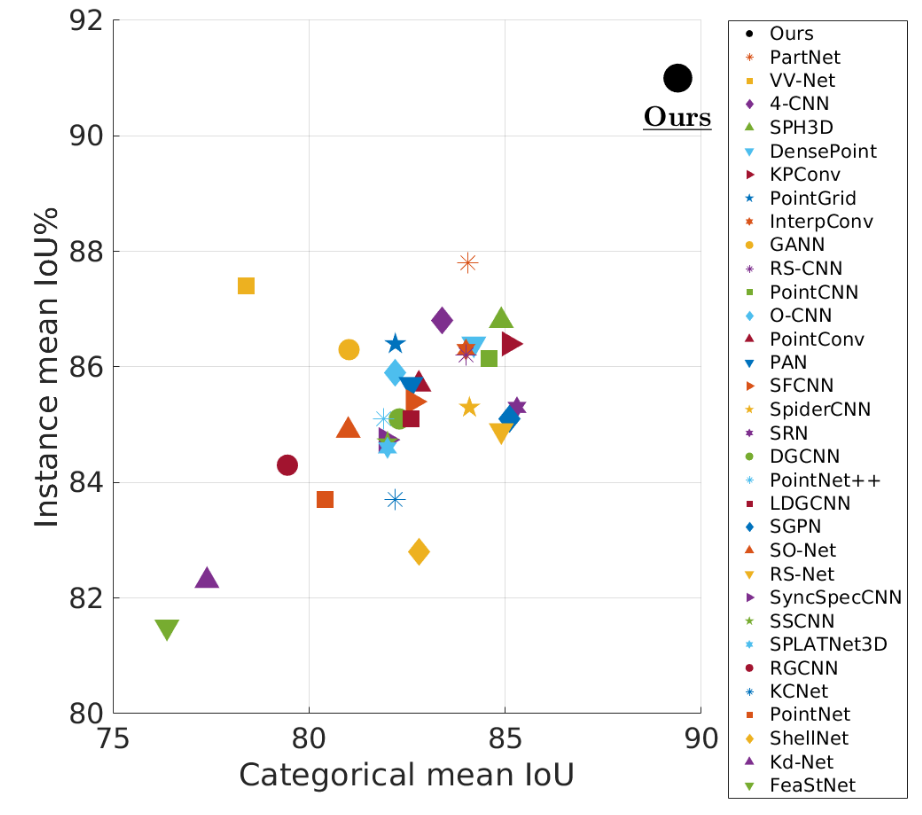 In contrast to the literature where local patterns in 3D point clouds are captured by customized convolutional operators, in this paper we study the problem of how to effectively and efficiently project such point clouds into a 2D image space so that traditional 2D convolutional neural networks (CNNs) such as U-Net can be applied for segmentation. To this end, we are motivated by graph drawing and reformulate it as an integer programming problem to learn the topology-preserving graph-to-grid mapping for each individual point cloud. To accelerate the computation in practice, we further propose a novel hierarchical approximate algorithm. With the help of the Delaunay triangulation for graph construction from point clouds and a multi-scale U-Net for segmentation, we manage to demonstrate the state-of-the-art performance on ShapeNet and PartNet, respectively, with significant improvement over the literature.

Video frame interpolation is one of the most challenging tasks in video processing research.