These Maltego transforms allow you to pivot between different PE files based on codeblocks they share in common. One transform accepts a hash of a PE file and extracts its codeblocks over a set length threshold; the other transform accepts extracted codeblocks and return hashes of files containing them. This is achieved by using the unique codeblock ID returned from the code-similar-to: search modifier and running it with the code-block: search modifier in VirusTotal.

For more information, please refer to the Webinar "Visual investigations - Speed up your IR, Forensic Analysis and Hunting" at https://www.brighttalk.com/webcast/18282/493986. 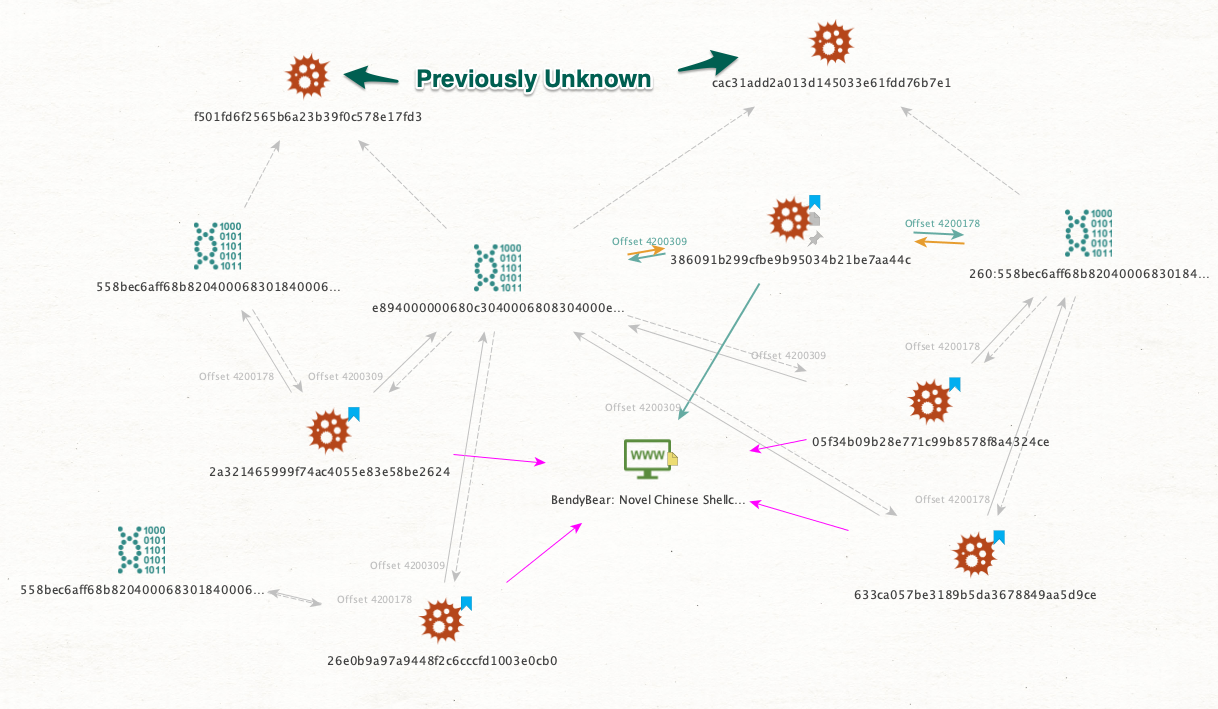 With the prerequisites met, clone repository to a local folder.

Not an issue by itself, but you might get lots of short codeblocks, which might be undesired. You can easily edit the minimal codeblock length inside HashToCodeblocks.py: