Bodywork deploys machine learning projects developed in Python, to Kubernetes. It helps you:

On demand, or on a schedule. It automates repetitive DevOps tasks and frees machine learning engineers to focus on what they do best - solving data problems with machine learning.

Where does Bodywork Fit?

Bodywork is aimed at teams who want to deploy machine learning projects in containers. It will deliver your project's Python modules directly from your Git repository into Docker containers and manage their deployment to a Kubernetes cluster.

Where do I Install Bodywork?

Bodywork is distributed as a Python package that exposes a command line interface for configuring Kubernetes to run Bodywork deployments. It takes just one command to schedule a pipeline hosted on GitHub to run every evening,

What does Bodywork Do?

When triggered, Bodywork clones your project's Git repository, analyses the configuration provided in a bodywork.yaml file, and then manages the deployment of the projects' stages - creating new Bodywork containers to run the Python modules that define each one. At no point is there any need to build Docker images, push them to a container registry or to configure Kubernetes directly.

This process is shown below for a train-and-serve pipeline with two stages: train model (as a batch job), then serve the trained model (as a microservice with a REST API).

What will I need to Do?

Divide your project into discrete stages and create an executable Python module for each one. Bundle these files together with a bodywork.yaml configuration file, into a Git repository and you're ready to go. 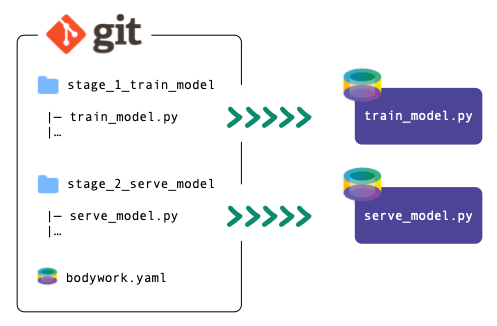 You do not need to tie yourself to new APIs - just add bodywork.yaml to your existing codebase and watch as Bodywork pulls each stage into its own container and deploys to Kubernetes.

Because Bodywork can run deployments on a schedule, every time cloning the latest version of your codebase in the target branch, this system naturally forms an end-to-end CI/CD platform for your machine learning project, as illustrated below. 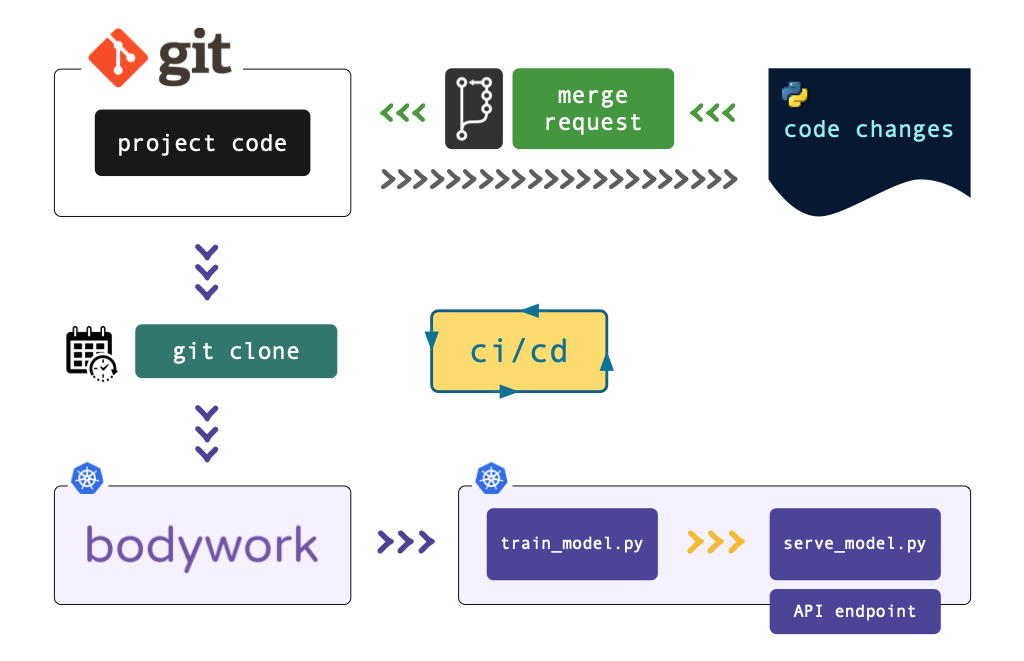 This is the GitOps pattern for cloud native continuous delivery.

Rembg is a tool to remove images background.
17 June 2021
Darkshot is a scraper tool on steroids, to analyze all of the +2 Billions pictures publicly available on Lightshot.
16 September 2020
A repository for training explainable models using attribution priors.
09 September 2019