This is the official repository for the Seq-U-Net.

Like the Wavenet and TCN, the Seq-U-net is a convolutional neural network for auto-regressive sequence modelling - it predicts the probability of the output at time t given a fixed window of length k of previous samples at time t-k to t-1.

Wavenet and TCN use dilated convolutions that need to be computed at every time-step, which needs a lot of memory and compute time. But many high-level features of interest should only vary slowly over time (such as chords in a music piece) compared to the sequence's temporal resolution. Based on this "slow feature hypothesis", we adapt a U-net architecture that resamples features to process them at different temporal resolutions: 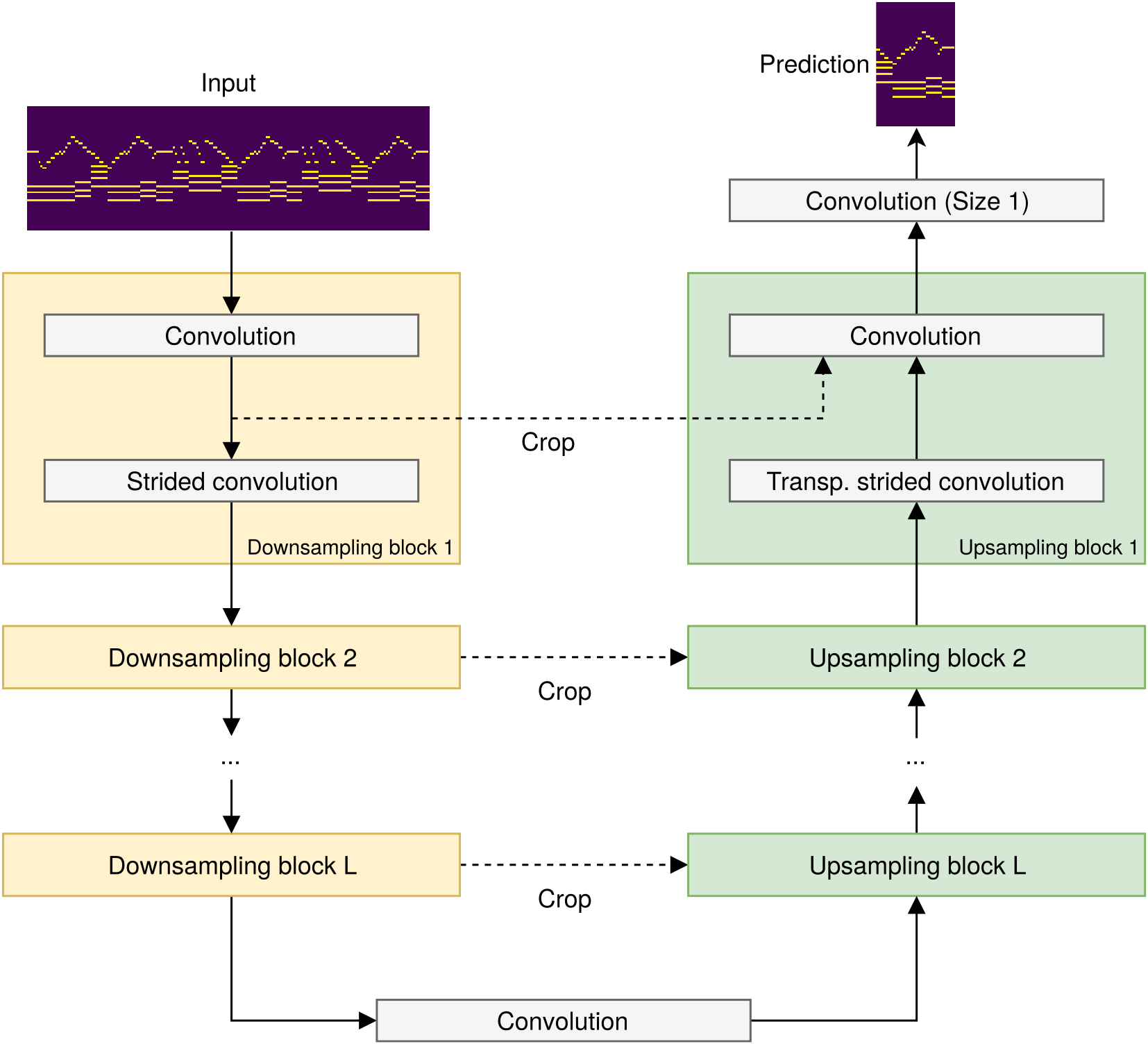 Note that the convolutions are all 1D, similar to the Wave-U-Net.

This results in a much sparser set of feature activations that has to be computed and kept in memory:

We find that the Seq-U-Net uses significantly less memory and compute time across a variety of tasks (text and music generation),
while delivering very similar performance compared to Wavenet and TCN.

Audio examples can be found here

System requirements are as follows:

Once you have the above, clone the Github repository:

Create a new virtual environment to install the required Python packages into, e.g. by doing

Then activate the virtual environment:

And install all the required packages listed in the requirements.txt:

Now you are ready to run the experiments as they were performed in the paper!

Each task/experiment has its own subfolder in this repository, with shared code being in the main folder, such as the network architecture of the TCN and Seq-U-Net.

For information on each task and how to train models for it, go to the respective subfolder in this repository and consult the README.md therein.