This repository is intended as a faster drop-in replacement for Pytorch's Torchvision augmentations. This repo uses OpenCV for fast image augmentation for PyTorch computer vision pipelines.

Should be 1.5 to 10 times faster than PIL. See benchmarks 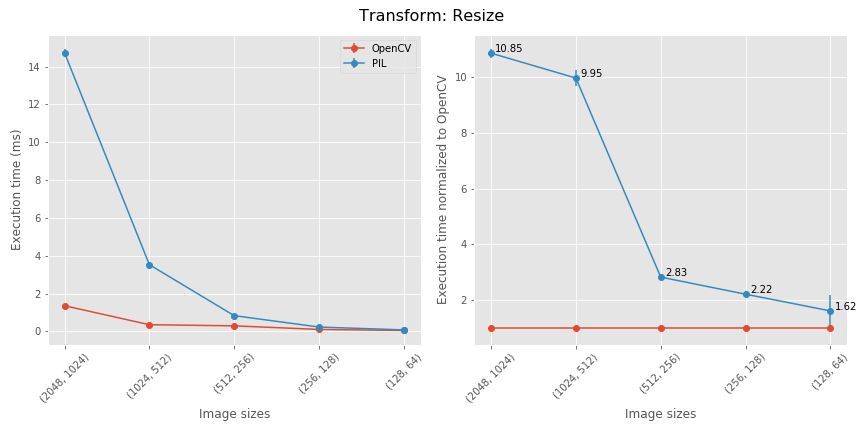 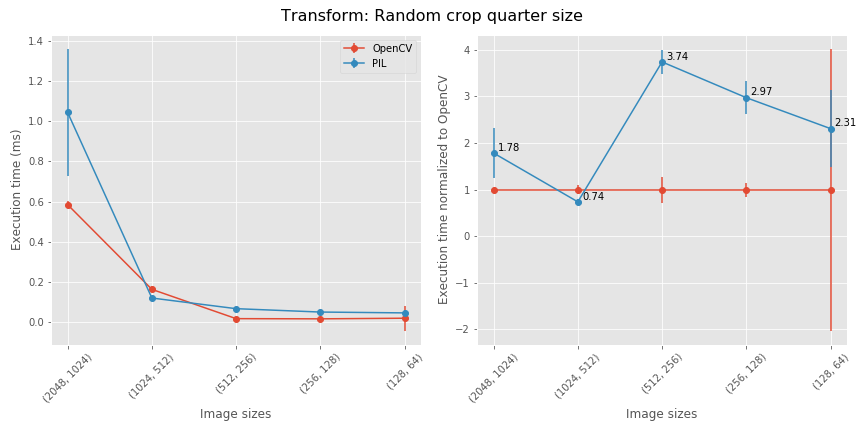 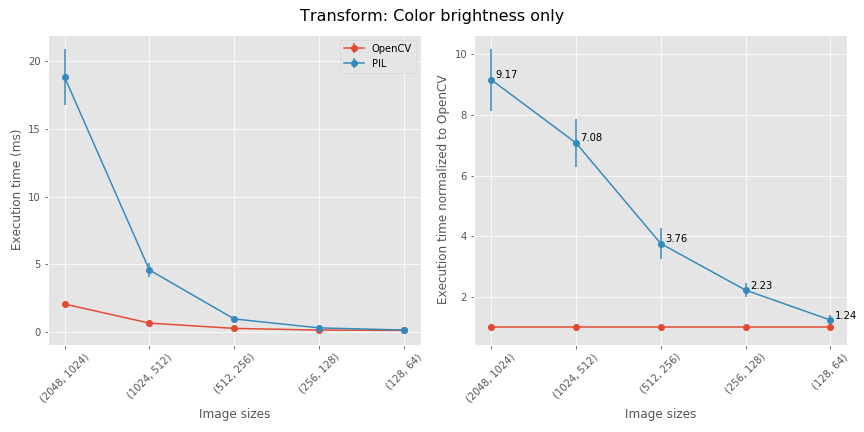 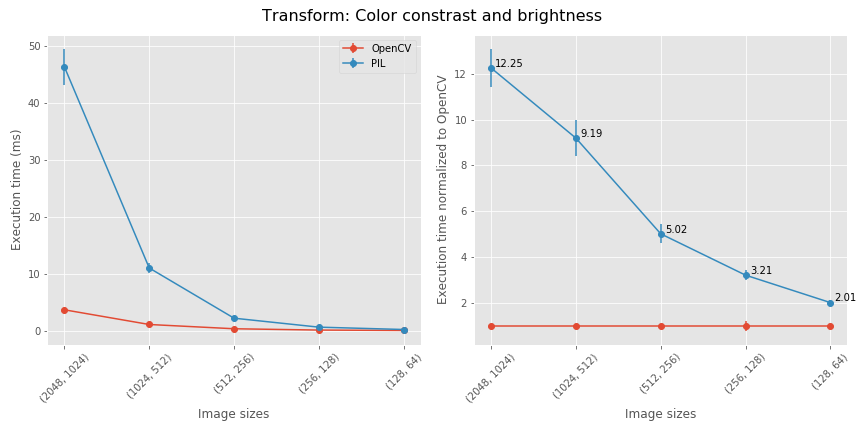 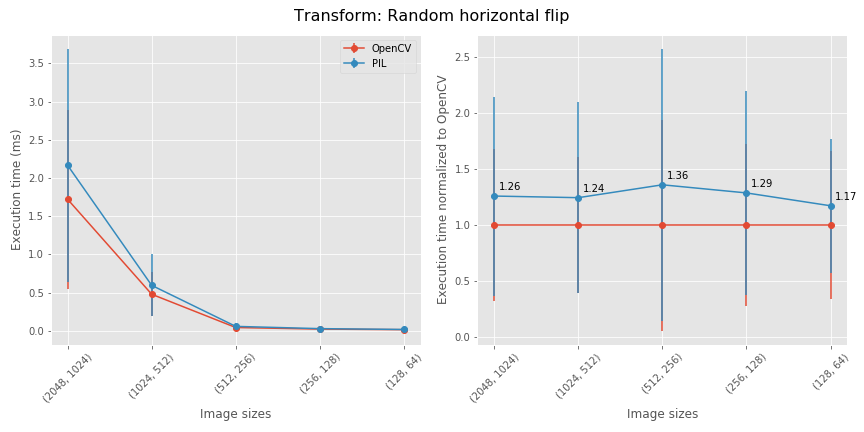 The changes start to add up when you compose multiple transformations together. 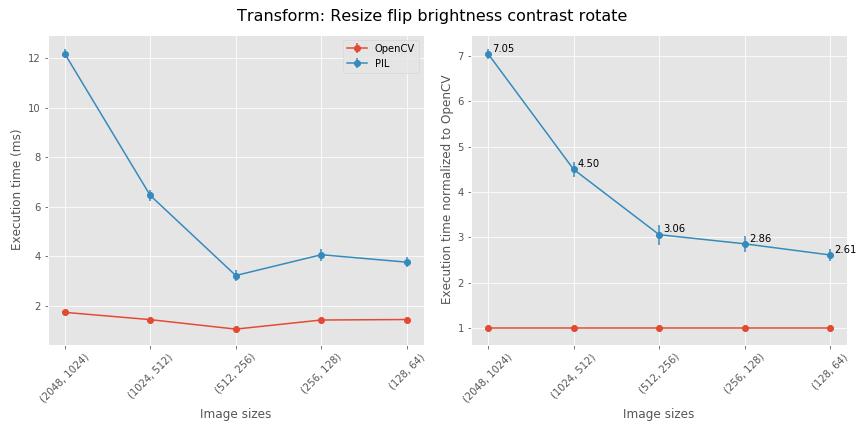