A Python project for optimizing the 8 Queens Puzzle using the Genetic Algorithm implemented in PyGAD.

The project uses the Kivy cross-platform Python framework for building the GUI of the 8 queens puzzle. The GUI helps to visualize the solutions reached while the genetic algorithm (GA) is optimizing the problem to find the best solution.

For implementing the genetic algorithm, the PyGAD library is used. Check its documentation here: https://pygad.readthedocs.io

To install PyGAD, simply use pip to download and install the library from PyPI (Python Package Index). The library lives a PyPI at this page https://pypi.org/project/pygad.

For Windows, issue the following command:

For Linux and Mac, replace pip by use pip3 because the library only supports Python 3.

PyGAD is developed in Python 3.7.3 and depends on NumPy for creating and manipulating arrays and Matplotlib for creating figures. The exact NumPy version used in developing PyGAD is 1.16.4. For Matplotlib, the version is 3.1.0.

The project comes with a GUI built in Kivy, a cross-platform Python framework for building natural user interfaces. Before using the project, install Kivy:

Because the project is built using Python 3, use pip3 instead of pip for Mac/Linux:

Check this Stackoverflow answer to install other libraries that are essential to run Kivy: https://stackoverflow.com/a/44220712

The main file for this project is called main.py which holds the code for building the GUI and instantiating PyGAD for running the genetic algorithm.

After running the main.py file successfully, the window will appear as given in the figure below. The GUI uses a GridLayout for creating an 8x8 grid. This grid represents the board of the 8 queen puzzle. 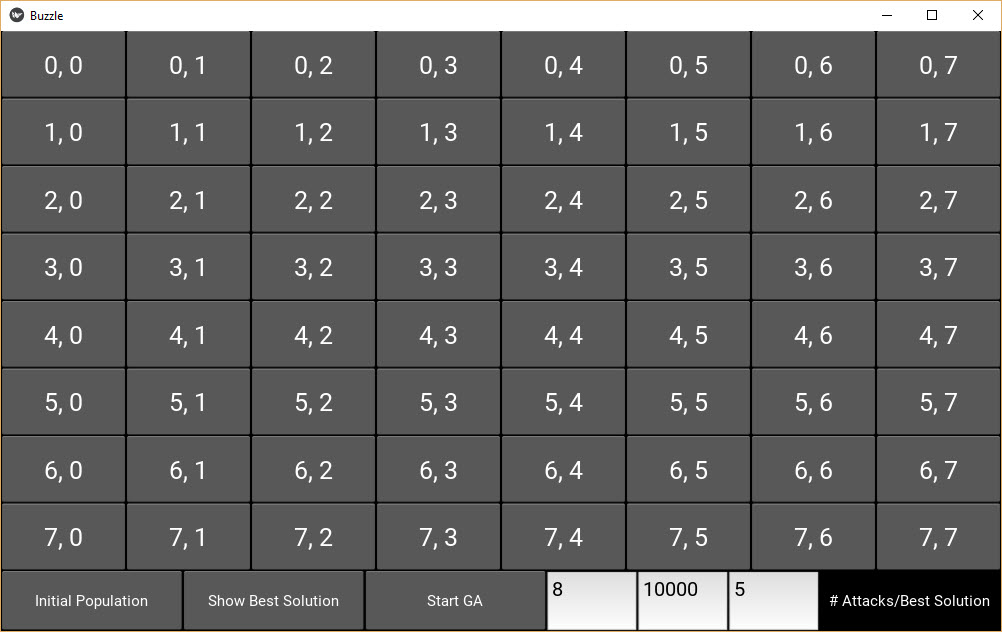 The Label widget just prints some informational messages to the user. For example, it prints the fitness value of the best solution when the user presses the Show Best Solution button.

Steps to Use the Project

After pressing the Start GA button, the GA uses the initial population and evolves its solutions until reaching the best possible solution.

Behind the scenes, some important stuff was built that includes building the Kivy GUI, instantiating PyGAD, preparing the the fitness function, preparing the callback function, and more. For more information, please check the tutorial titled 8 Queen Puzzle Optimization Using a Genetic Algorithm in Python.

After running the main.py file and pressing the Initial Population button, the next figure shows one possible initial population in which 6 out of 8 queens are attacking each other. 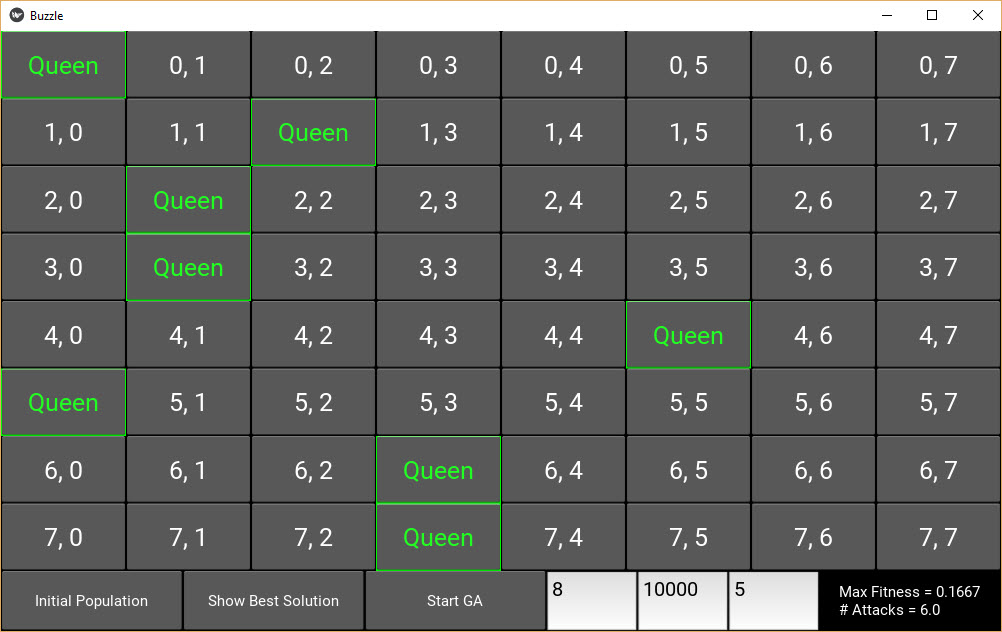 The next figures shows how the GA evolves the solutions until reaching the best solution in which 0 attacks exists. 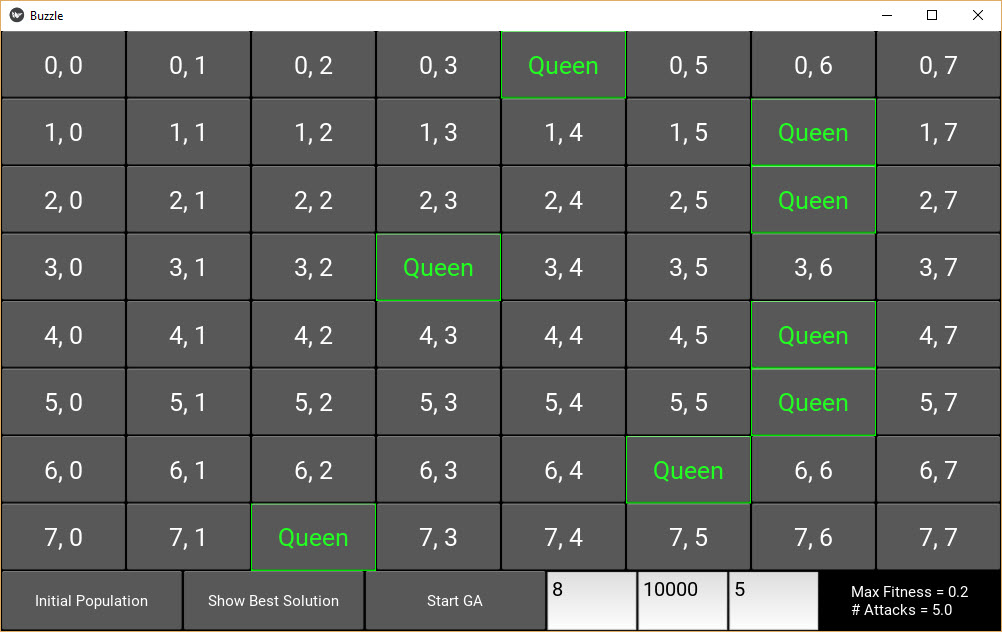 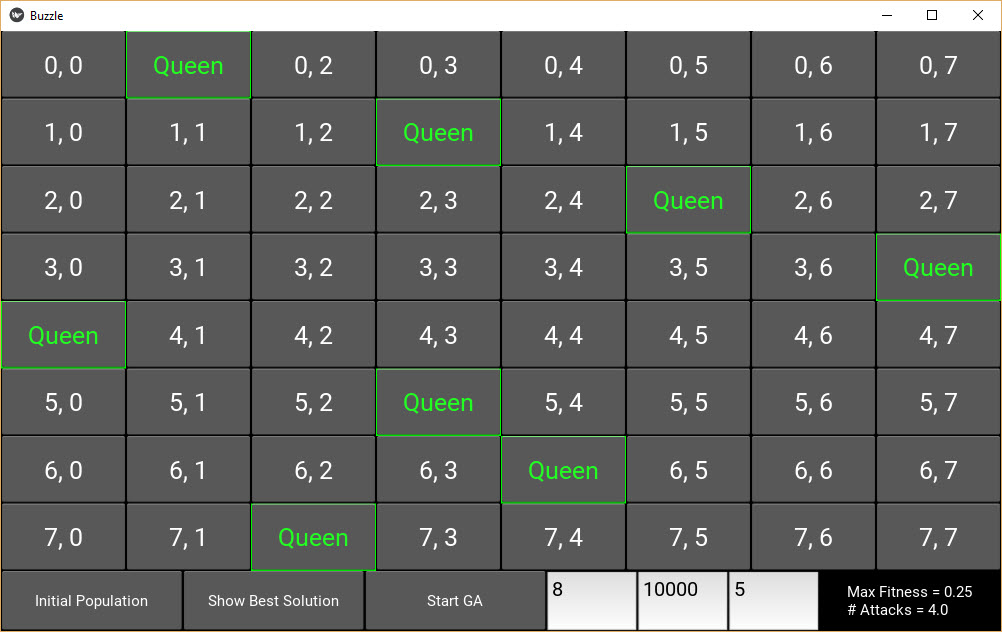 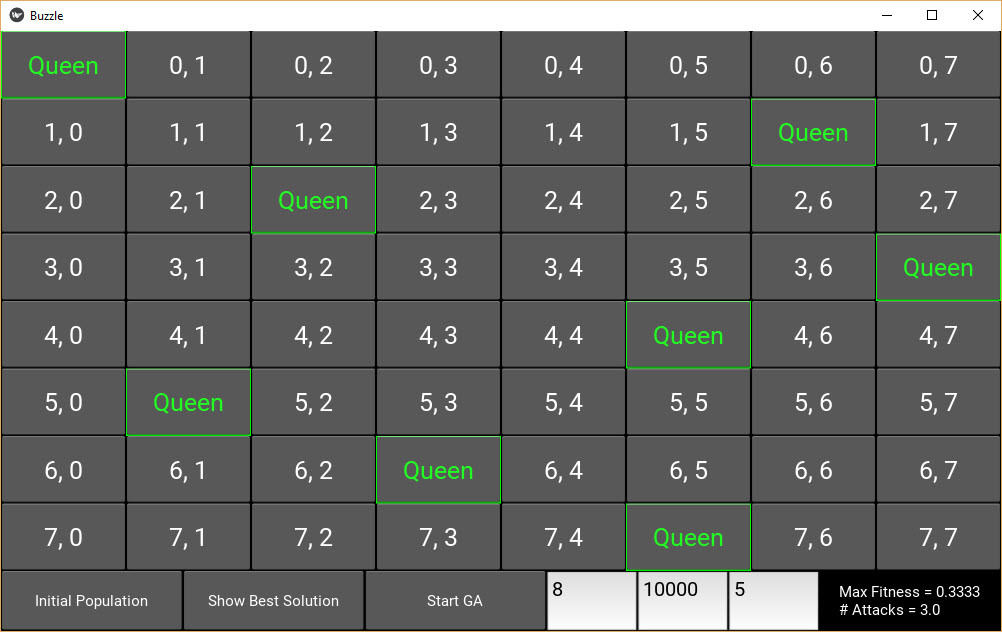 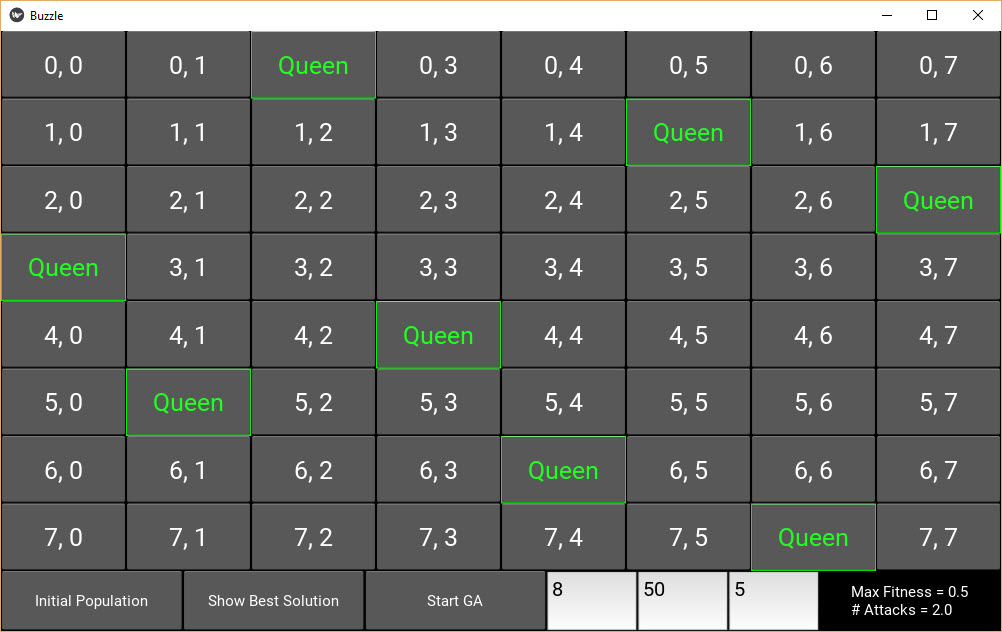 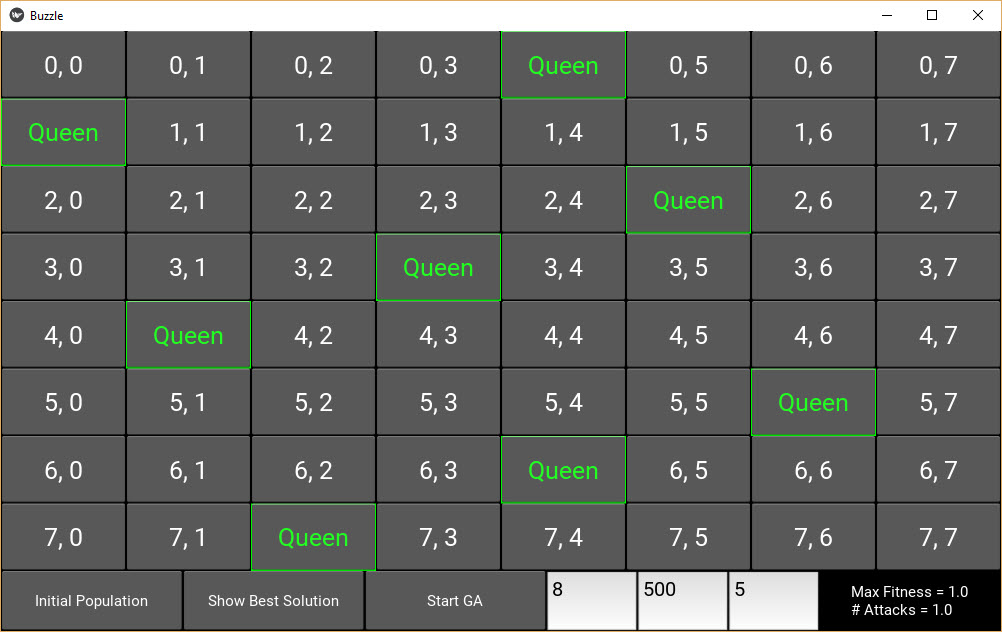 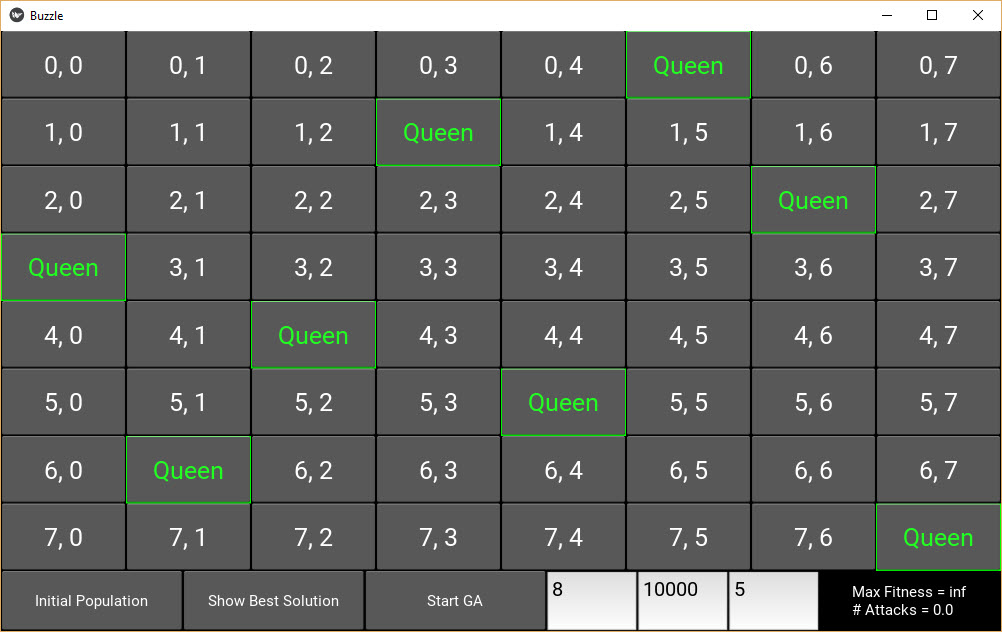