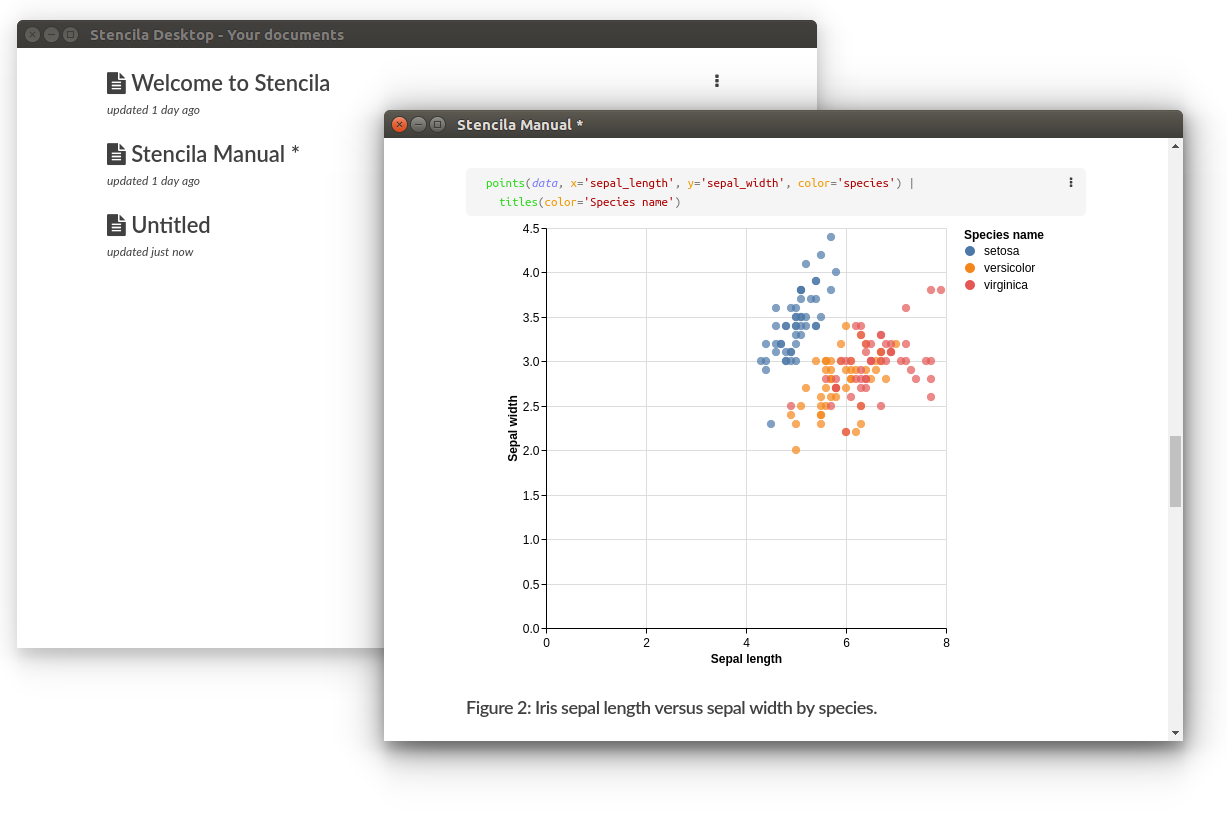 Stencila is still at an early beta stage: there are likely to be missing features, bugs and API changes. But we would heart to get your suggestions and bug reports. Get help from the community, create a new issue, or join the chat.

We generally only plan one or two releases ahead. We aim to release every 1-2 months, towards a 1.0 release in early 2018. Checkout the current release milestones.

See the Getting Started page on the wiki.

You can save your document changes by pressing CommandOrControl+S.

Use external contexts during development:

Now start the development environment and point STENCILA_PEERS to the new host.

Most development tasks can be run via npm or make shortcuts:

A beautiful python framework enabling you to deliver a REST enabled micro-services from zero to production within minutes (no kidding: literally within minutes).