The corresponding paper.
The code is being cleaned up and released. Please watch and star!

One reason to use it:

On average, TOD is 11 times faster than PyOD!

If you need another reason: it can handle much larger datasets:more than a million sample OD within an hour!

TOD is featured for:

Complex OD algorithms can be abstracted into common tensor operators. 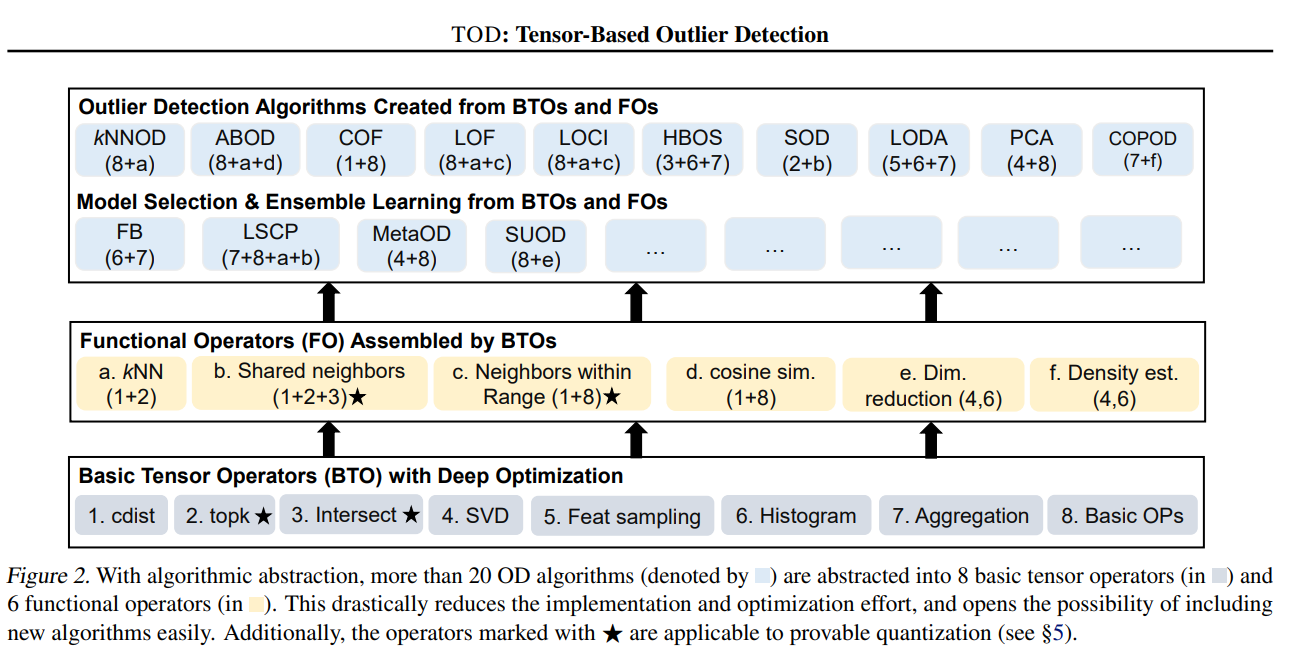 For instance, ABOD and COPOD can be assembled by the basic tensor operators.

Overall, it is much (on avg. 11 times) faster than PyOD takes way less run time. 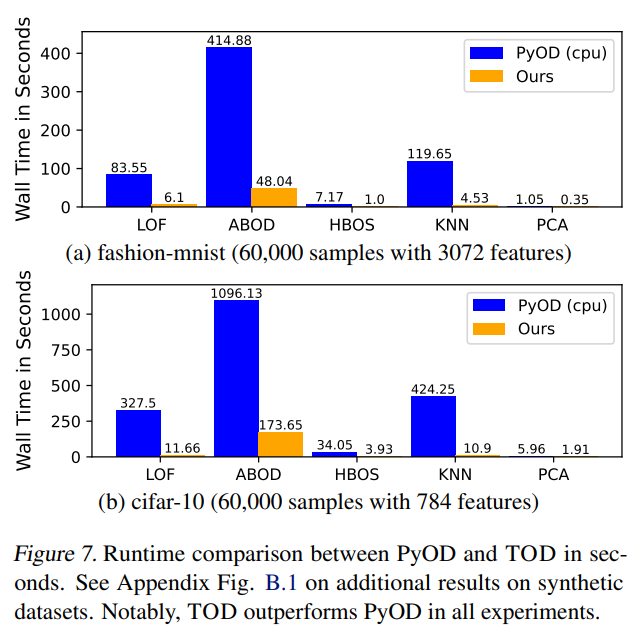 Code is being released. Watch and star for the latest news!