Python implementation of Risk based on Lux Deluxe (Sillysoft software) for academic purposes.

Play with the GUI 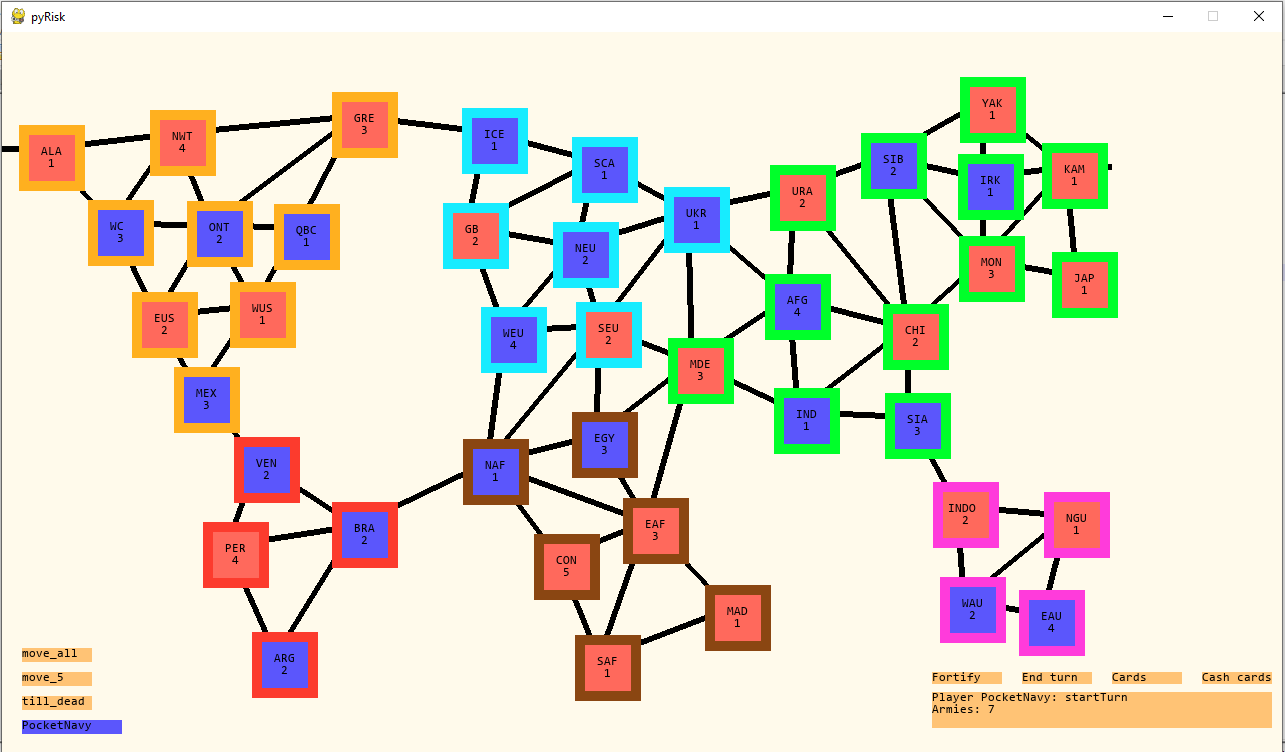 To play with the GUI, you need two things:

If you don't want to create or change this files yourself, the defaults will be just fine. They include the usual world map for risk. I would just recommend changing the players (default has one human against some random bots). To do so, change the players and players_names lists in the config file.

More agents will be available soon, for now you can play against another human, or play against some random, weak bots.

Once you are ready to play, just use the following commands to go to the core folder and execute the GUI. (I assume you are on the root directory)

You can pass some arguments to GUI.py. Use the command python GUI.py --help to get more information.

Here are the commands you can use to play the game with the default configuration:

This is a student data management application developed in Python and TKinter.
28 July 2021
Ultimaker Cura is a state-of-the-art slicer application to prepare your 3D models for printing with a 3D printer.
27 July 2021
Crypto-watcher is simple program showing price of cryptocurrency in USD and EUR. It's simple to use and everyone can use it.
26 July 2021