Syborg is a Recursive DNS Domain Enumerator which is neither active nor completely passive. This tool simply constructs a domain name and queries it with a specified DNS Server.

When you run subdomain enumeration with some of the tools, most of them passively query public records like virustotal, crtsh or censys. This enumeration technique is really fast and helps to find out a lot of domains in much less time.

However, there are some domains that may not be mentioned in these public records. In order to find those domains, Syborg interacts with the nameservers and recursively brute-forces subdomain from the DNS until it's queue is empty. 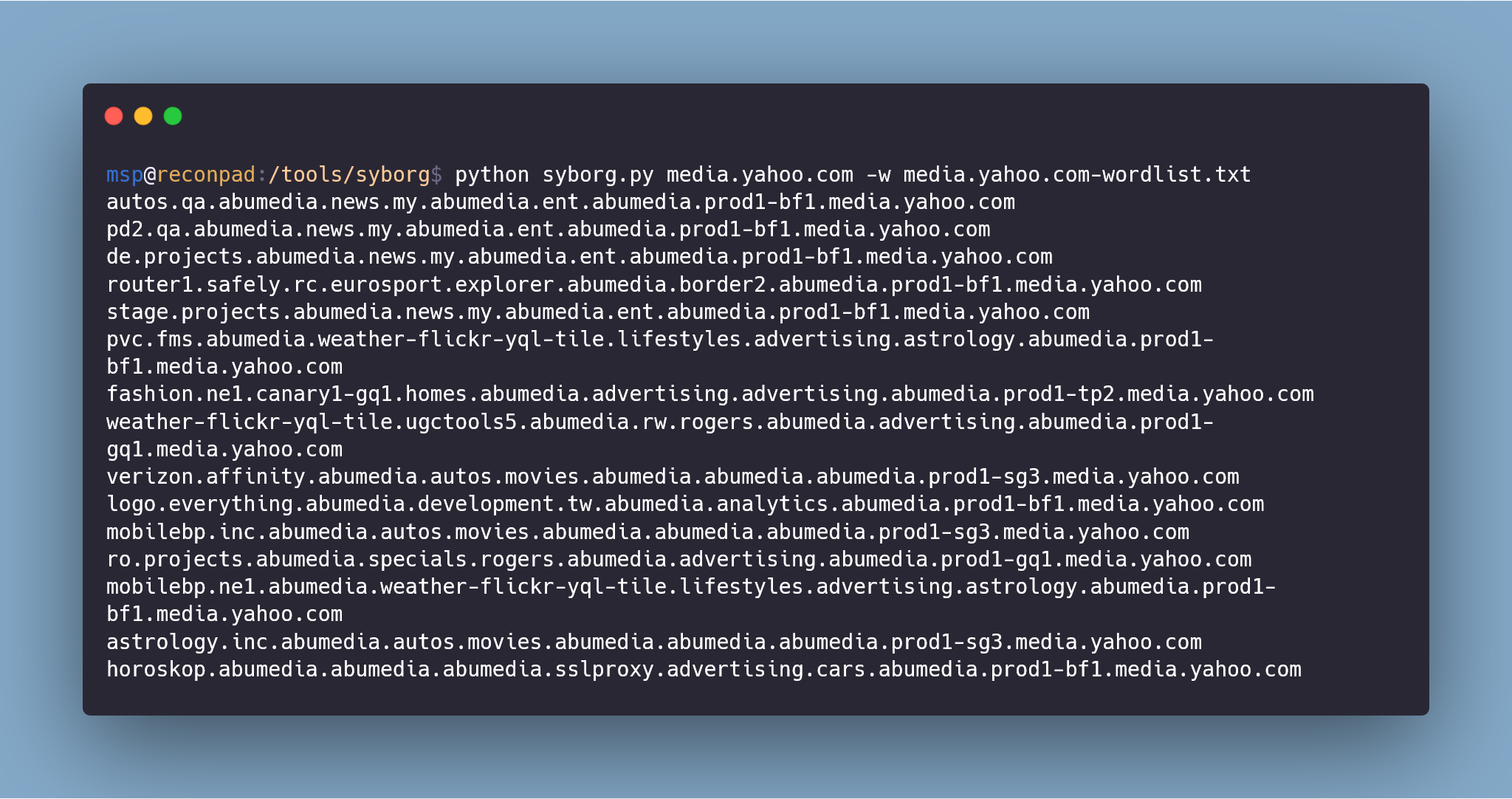 As mentioned on ettu's page, I quote:

Ordinarily if there are no records to return for a DNS name you might expect an NXDOMAIN error:

You may have noticed that sometimes you get an empty response instead though:

This difference in response can be used to help avoid dead-ends in recursive DNS brute-forcing by not recursing in the former situation:

Syborg incorporates all of these functionalities with simple concurrency and recursion.

Clone the repo using the git clone command as follows:

More information regarding usage can be found in Syborg's Creative Usage Guidelines. Do check it out!

At times, it is also possible that Syborg will hit High CPU Usage and that can cost you a lot if you are trying to use this tool on your VPS. Therefore to limit that use another utility called Cpulimit

This tool can be downloaded as follows: