This codemod replaces typing.Optional[T] by typing.Union[T, None] in the codebase.

This tool was inspired by a tweet from Sebastián Ramírez (as you see below), and a conversation between us. 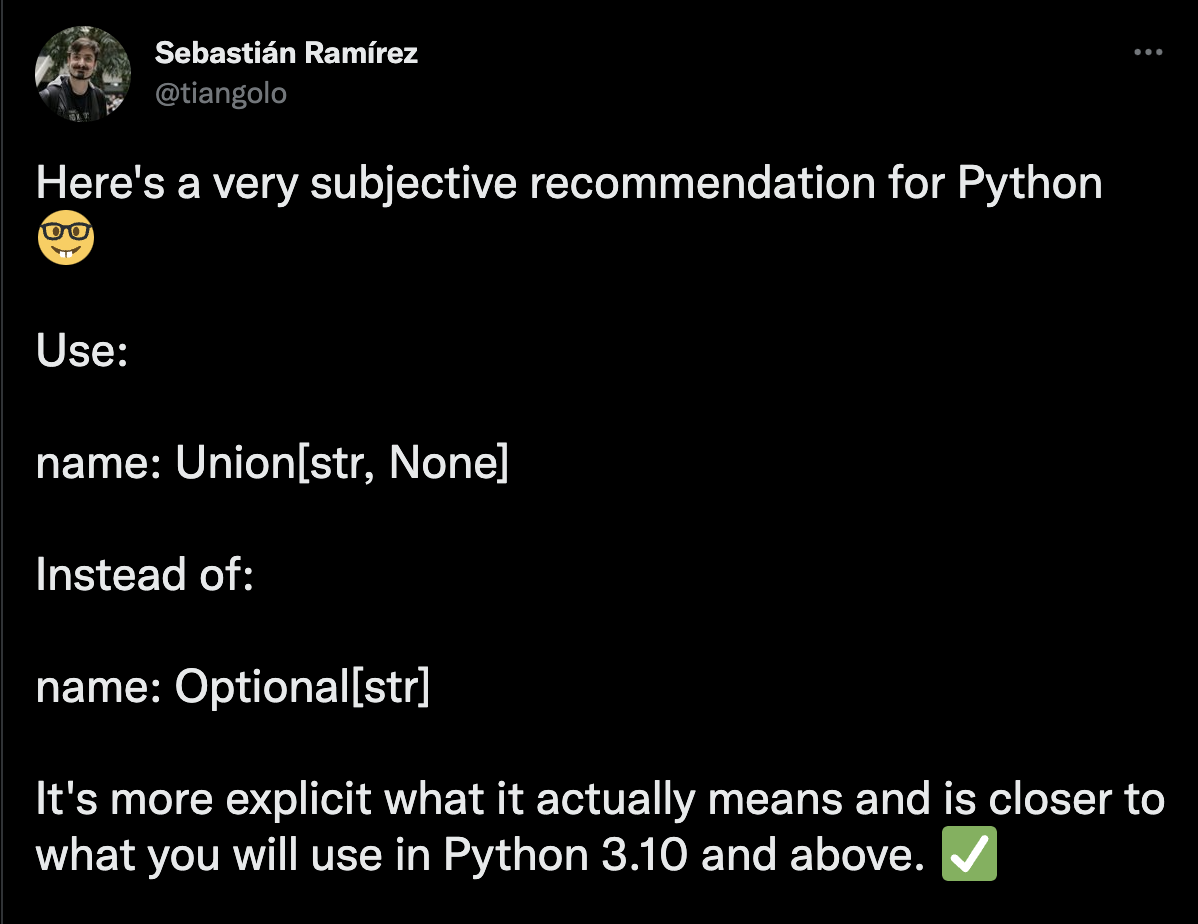 As the tweet says, we have two reasons for doing this:

Run the following on the repository you want to format:

Then, add the no_optional module to the modules list on the .libcst.codemod.yaml generated.

Then you are able to run: