This repository contains all the files and code needed to simulate the notspot quadrupedal robot using Gazebo and ROS. The software runs on ROS noetic and Ubuntu 20.04. If you want to use a different ROS version, you might have to do some changes to the source code. 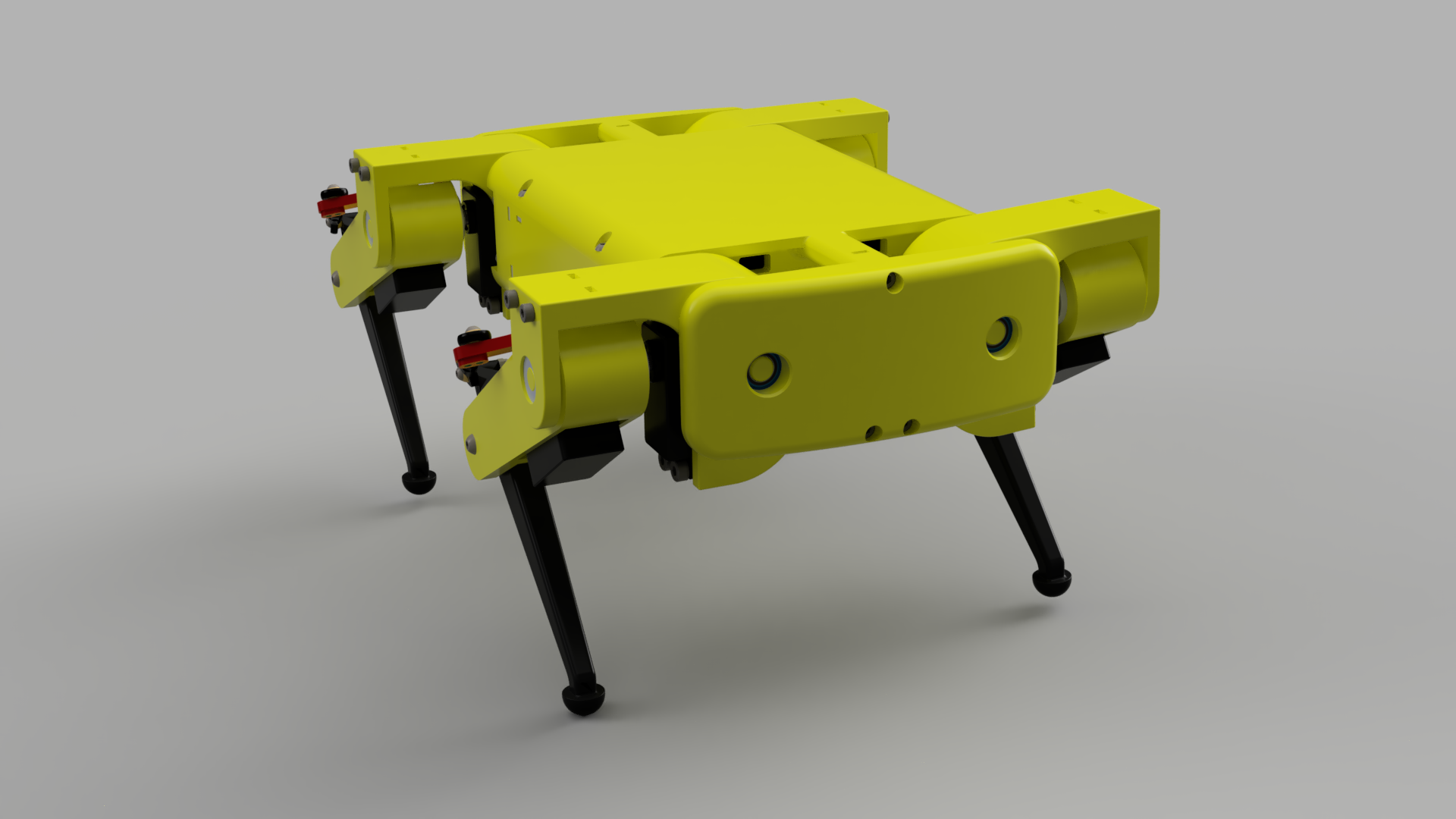 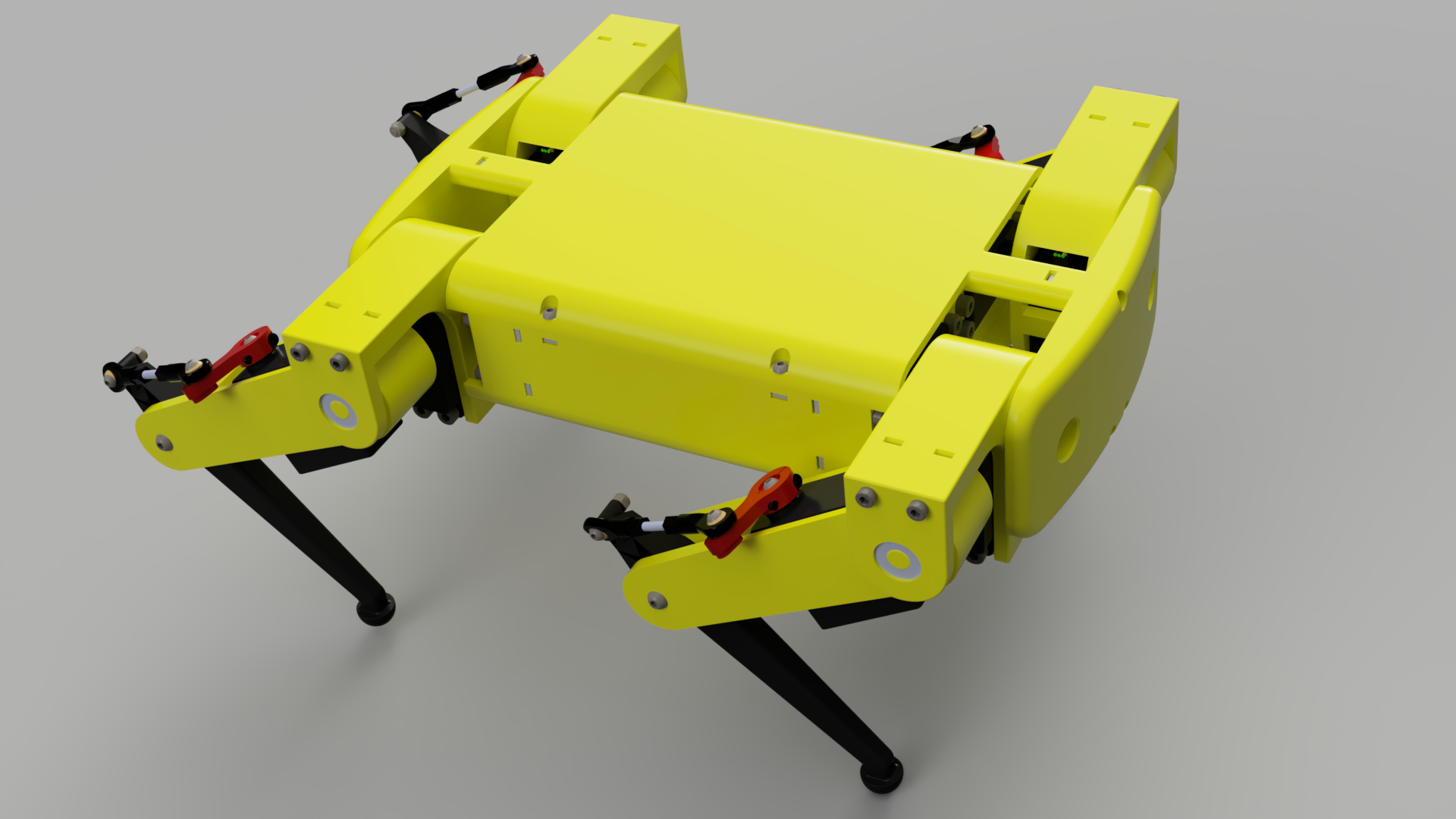 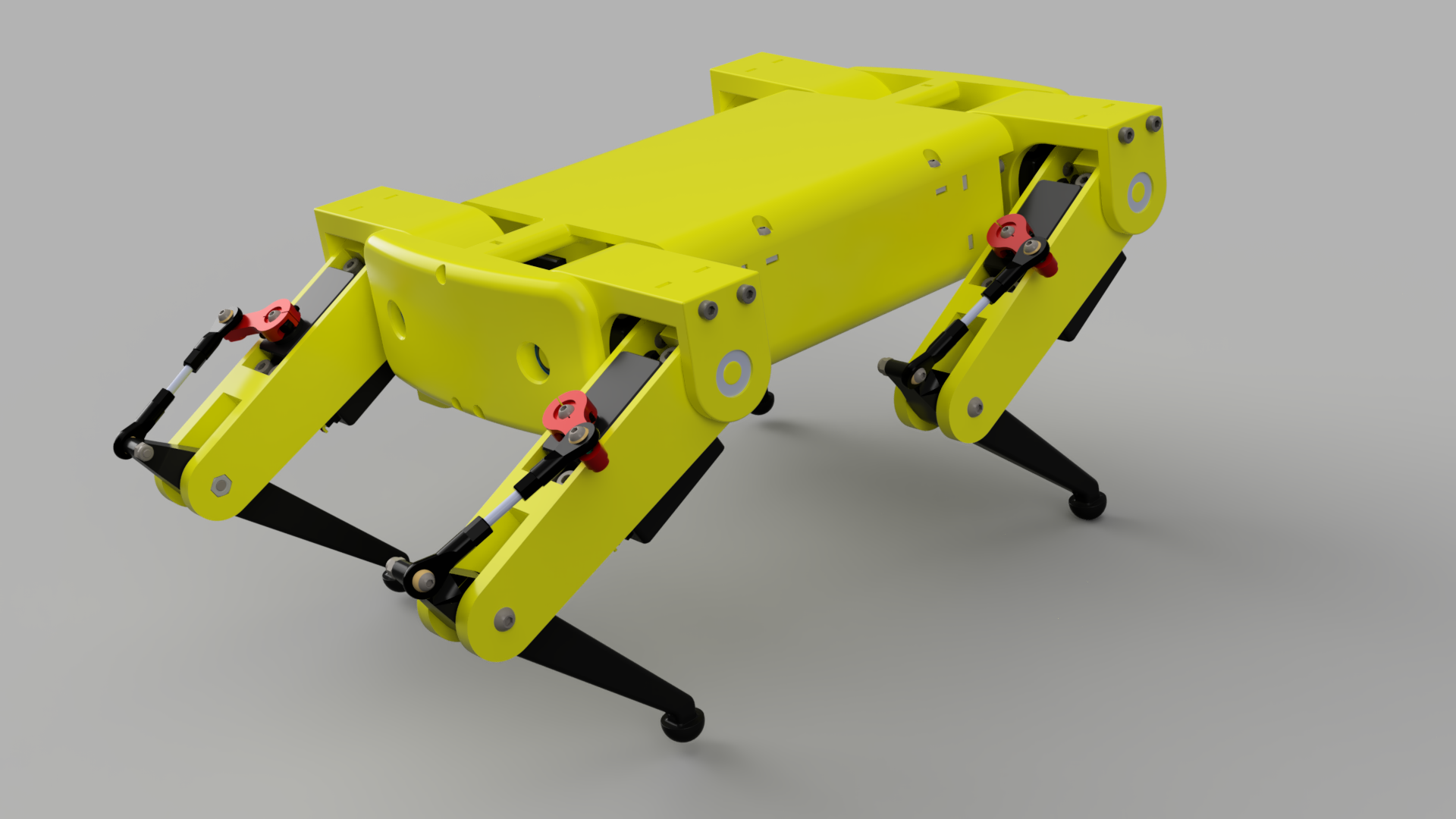 After all the nodes have started, you can start using your joystick to control the robot.

This is my first open-source project, so I'm not that experienced with github just yet.

I'll be adding new stuff to this repository over time, so this is not the final version.
I'd like to make all the 3D models open-source, so that anybody can build this robot at home.